In recent years, talent shows have become more and more prevalent on TV. With shows such as America’s Got Talent and The X Factor UK, many countries have followed suit and created their own versions of these shows.  Quite recently on Switzerland’s Got Talent, one participant’s name has become hugely prominent and it’s not because she won the show rather it’s because she was voted off.

Corinne Sutter is a Swiss artist who draws caricature for a living. She decided to display her talent on the big stage in front of thousands of people. She decided to draw one of the judges for her audition and was given one minute to do so. While she was in the midst of completing her piece, the judges grew impatient and hit the ‘X’ button one after another which effectively terminated her chances of moving forward int he competition.

Corinne did not stop however and continued drawing until her one minute was up and in the end the judges were at a loss for words and the crowds gave her a standing ovation. 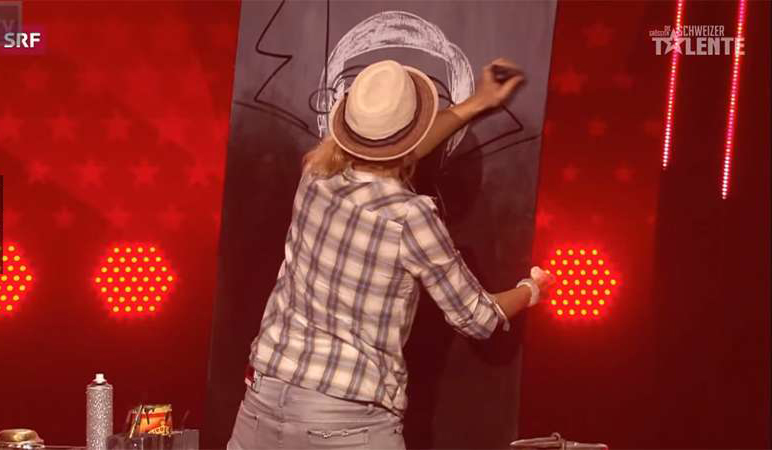 She started drawing on the black canvas but with chalk

The judges were hitting their red buzzers one by one and soon, Corinne was eliminated before finishing her piece 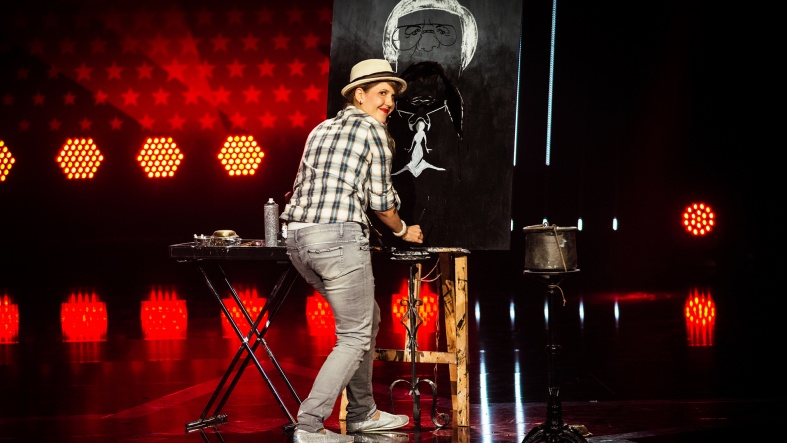 She did not stop though, and continued to draw until her one minute was up which was when she flipped the canvas upside down 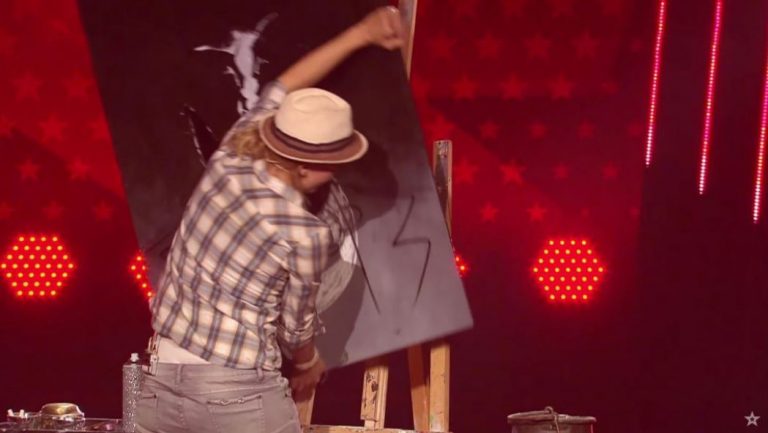 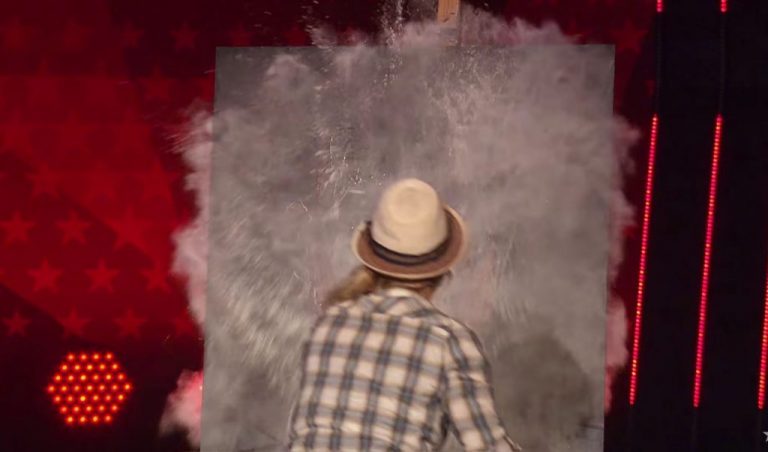 Find out what Corinne drew below and make sure to watch it till the end!