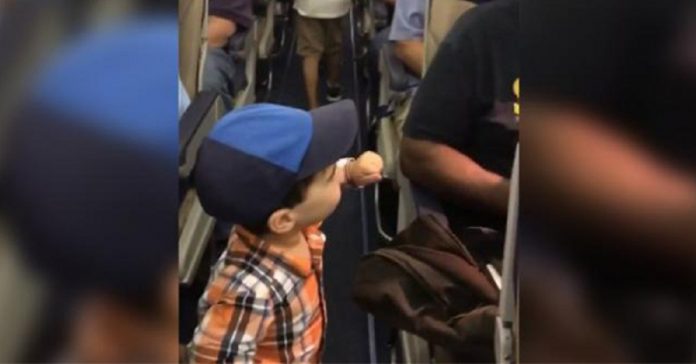 Flying can sometimes get exhausting. Long queues, crowded airport and the need to arrive at the airport on time can add to the stress and discomfort.

Not to mention if the seat on the plane is nearby to a young child which often can turn into a nightmare if the child suddenly throws a tantrum mid-flight.

However, this 2-year-old boy changed everyone’s opinion about a young child getting on a plane when he gave a pleasant surprise to fellow passengers. 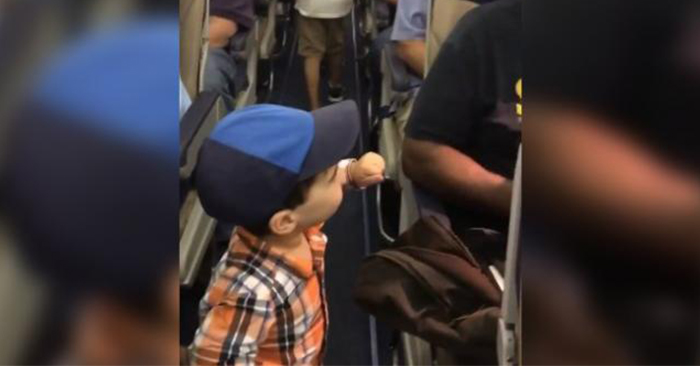 Guy’s mother, Alya Jakubowicz later posted the video of his son’s cute entrance on Instagram before Southwest Airlines saw it and posted the video on their Facebook page. In an instant, thousands of people are impressed with Guy’s adorable action.

“Grown men were chuckling and laughing, saying how great he was; he even encouraged those with their heads in a screen to look up and interact in the positive way,” Guy’s mother said to ABC.