This adorable red panda is surprised with what it has seen, so surprised that it begins to surrender in the cutest way one can imagine.

The viral video was captured in a safari park in Japan, Himeji Central Park. It has been viewed more than 2 million times.

In a video that has gone viral on the internet, a red panda is seen exiting a hole before making an entrance to the outside garden 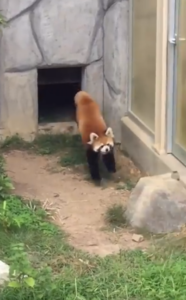 However, just seconds after it steps outside, a large rock startles it!

The panda quickly stops and stands on its hind legs with both of its hands in the air as if it surrenders to the rock. Some even say that it is trying to intimidate the rock 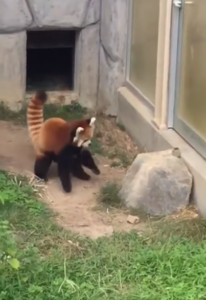 The cute mammal then falls forward and sniffs the rock before retreating to its hole. Looks like there might be a small insect on the rock that has scared it 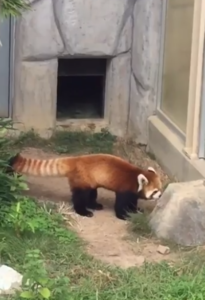 Whatever that has scared the red panda, it seems like the panda tried its best to fight it off and it is totally adorable!

This motorcyclist encountered the worst nightmare on a busy highway. Later,...