The video ‘Apologize’ is making rounds on social media, not for a world-famous celebrity or a controversial issue but because of the message it delivers that subtle criticize today’s society who seems to make good conducts and ethics a thing in the past.

The viral video shows how important it is for parents to instil good manners in their children since at a young age. However easy it may sound, teaching young children how important it is to apologise even when it is not their fault or a pure accident is a lot harder in real life.

However, this father manages to prove a point to his daughters that a simple sorry goes a long way than simply standing up to complete ignorance and selfishness.

In this video, the father tries to teach his youngest daughter to apologise to her sister when she bumps into her sister with a mini trolley. After the youngest daughter, Jane, throws a tantrum by refusing to apologise and lying on the supermarket’s floor, the father gets advice from the onlookers who suggest slapping the young child’s mouth and pulling her hair to teach her a lesson. 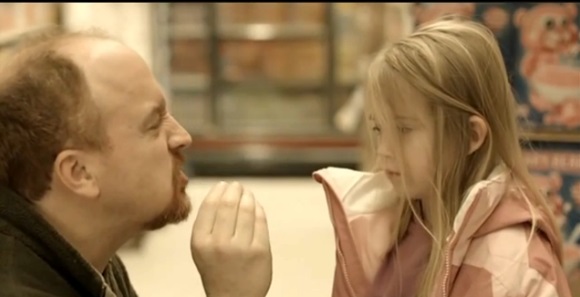 Thankfully, Jane understands and apologizes to her sister later but it appears that their life lesson does not just end there.

When a rude woman bumps into little Jane afterwards, the girl sees that it is a must for the woman to apologise to her. After all, that is what she just learned from her father.

Unfortunately, the woman refuses to do so and even throws some offensive words at the father for asking her to say sorry to his daughter. Eventually, the father brings the matter to the store manager who also thinks that it is appropriate for the woman to apologise to the little girl.

The unexpected dispute turns the father speechless when the rude woman still refuses to apologise. He is lost for words when his daughters ask him why the woman can get away even after being rude.

Later, the family moves to the cashier to pay for their groceries. However, there is a plot twist that no one expects at the end of the video!

Watch what happens when the family is at the checkout here

This amazing Japanese fish trap only uses bamboo but it is...