Competitive eating can be considered a sport because serious participants do immense training in order to triumph. It is an activity in which participants compete against each other to consume large quantities of food in a short time period. 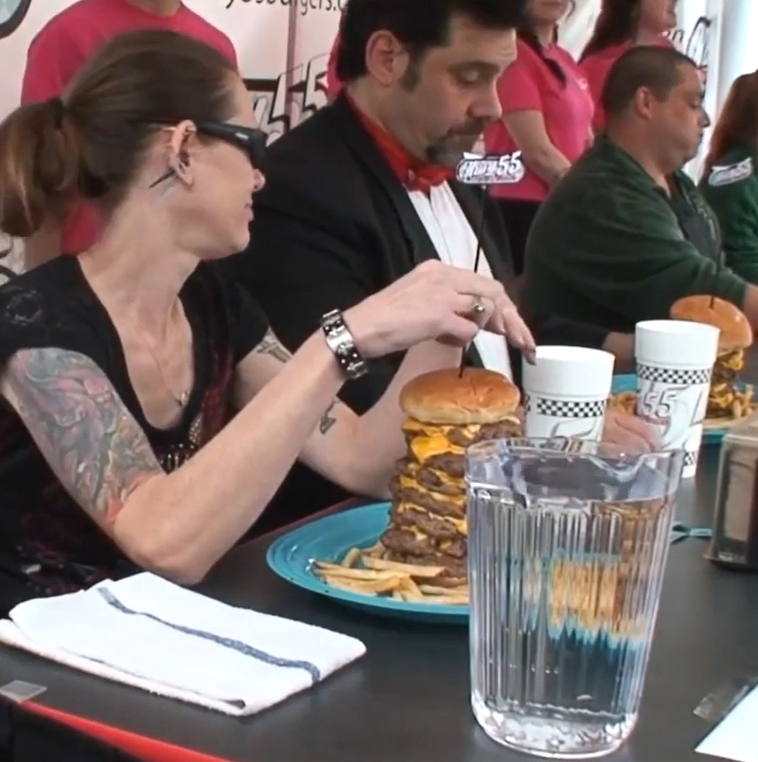 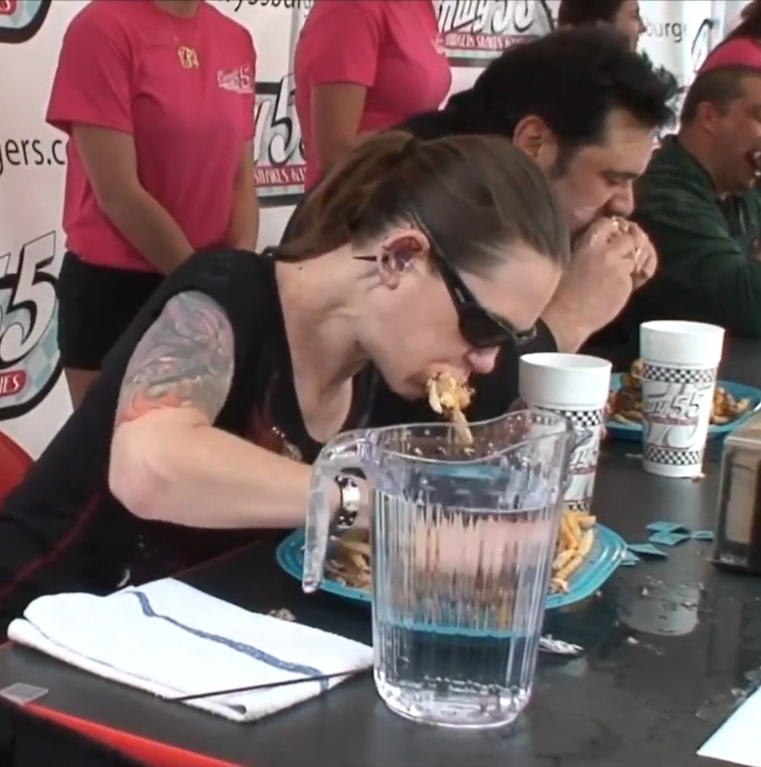 She beat her previous record of 3 minutes and 27 seconds and in so doing, became the champion of this competition 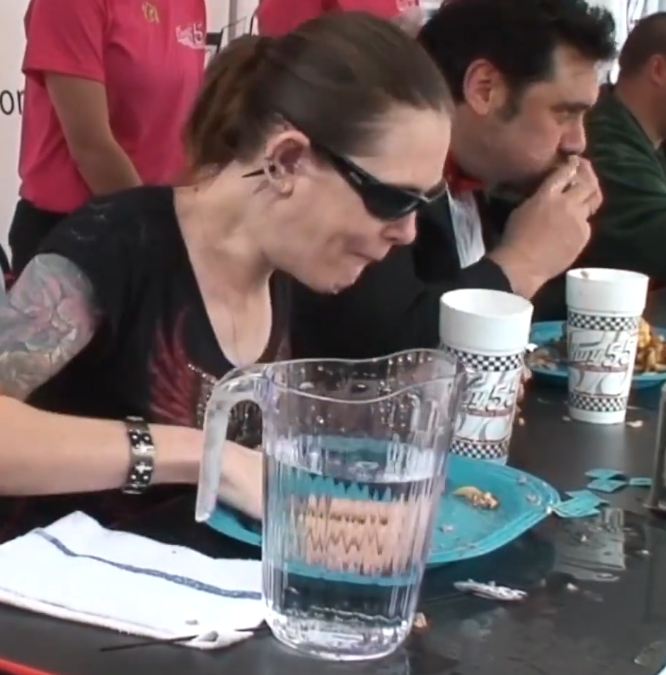 Watch her devour the mammoth cheeseburger below:

The oldest model in Asia. This 96-yo grandma’s stunning photos prove...

Stranger bought $750 plane ticket for man’s 2yo daughter when the...