Cole LaBrant is not only a father but he is also a successful YouTuber. Along with his family, he films his everyday life and shares them on social media.

Luckily, he also shares the same interest with his stepdaughter, Everleigh who also enjoys making videos.

So, one day, when they were on a boring car ride, Everleigh came up with a fun idea that later turned their dull ride into an absolutely fun karaoke session! 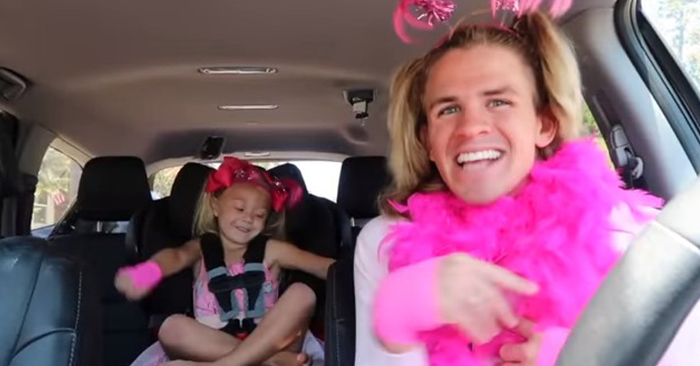 The video begins with Cole sitting in the driver seat while his stepdaughter sits at the back of the car. Both of them look pretty bored and suddenly, the little girl asks: “Hey Dad! Wanna listen to the radio?”

Dad Cole quickly replies: “Sure” and then turns the radio on. What follows next is an amazing medley of several different songs with a quick change of costume!

For every song, Cole and Everleigh don a different but matching costume. Needless to say, their impromptu lip-sync performance is certainly adorable and hilarious! 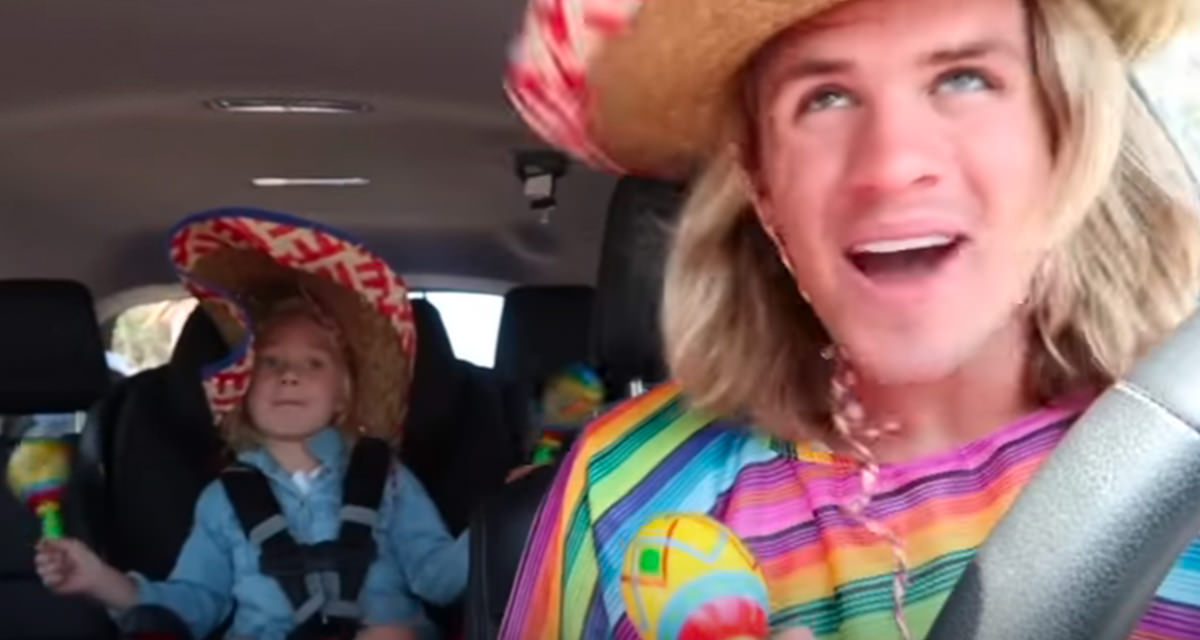 It is not hard to see why their video has garnered over 18 million views on YouTube!