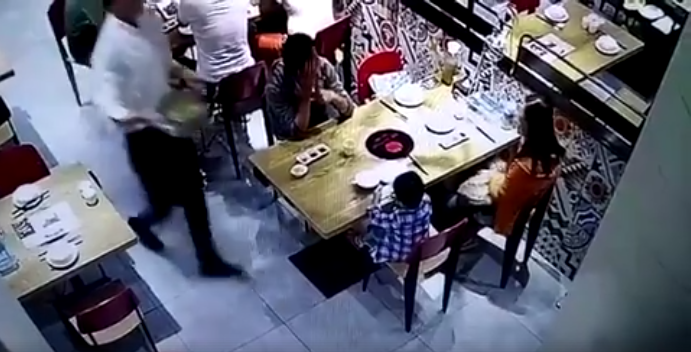 There is nothing more comforting and satisfying than having a hot pot of steamboat on a rainy day. Whether you are sharing the meal with your family or friends, it is always a good idea to eat steamboat. However, for these parents, their trip to a hot pot restaurant took a dramatic turn when their son was scalded right before their eyes.

In a footage from the restaurant’s CCTV, the little boy could be seen holding a mobile phone at a table with his parents as the family waited for their hot pot to arrive. 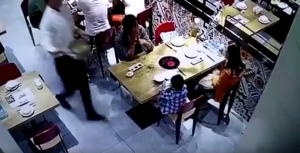 A moment later, a waiter approached their table while carrying a steaming pot of hot broth. Unfortunately, the waiter accidentally slipped and dropped the hot pot on the family’s table. 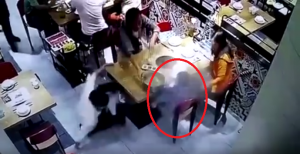 The boy’s mother then quickly grabbed the poor boy out of his seat while his father swiftly moved towards the boy to check on him.

The incident was said to take place somewhere in China. It was uncertain if the boy sustained severe or mild burn injuries following the accident.

Watch the shocking footage here. You might want to be careful with the slippery floor the next time you visit a steamboat restaurant

This chef carefully stretched these noodles as long as possible and...