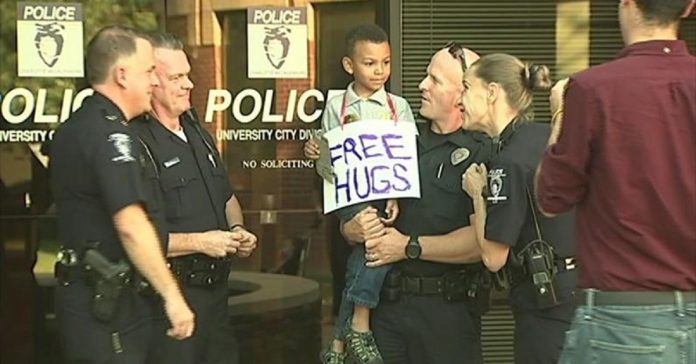 When a five-year-old boy often found himself woke up at night to violent sounds and police siren in his neighbourhood, he realised how tough it was for the police to keep the peace in his community.

So, one day, he decided to show his gratitude and appreciation to the police by walking into a police station in his neighbourhood in Charlotte, North Carolina, wearing a sign around his neck and carrying a bag.

Upon seeing the sign around the little boy’s neck, the police officers were moved to tears.

Days before, there was a protest in his neighbourhood which saw a huge tension between the protesters and the police. As a young boy, Jayden was scared when the protest went violent as he heard about police officers getting injured in the protest. 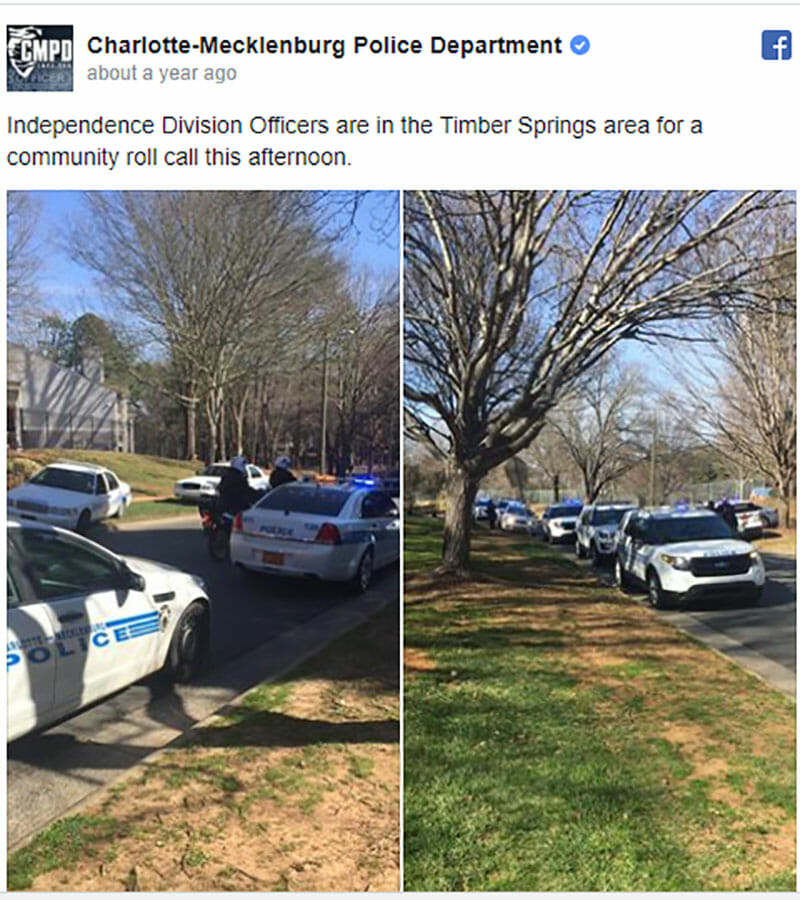 He thought that if he was scared by the protest, the police must be scared too so he asked his mother to take him to their local police station to give the officers free hugs and donuts. He did not want them to be scared anymore.

Jayden told ABC News, “I’m happy the police officers didn’t get really hurt. I want you to stay safe and I don’t want anybody to hurt you.”

In spite of him not knowing any of the officers personally, Jayden walked in the station with a sign that read ‘Free hugs’. The police officers who were not aware of the little surprise could not believe how thoughtful a young boy could be and took him up on the offer 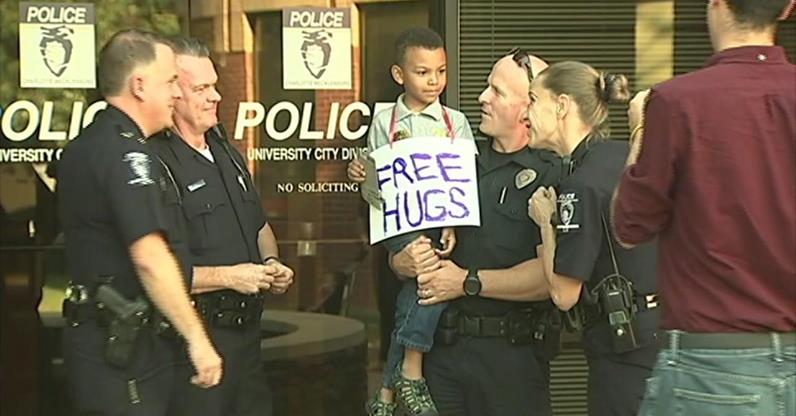 Some of the officers even shed tears as they were moved by his kind gesture.

It was definitely a heartwarming scene especially when there was an obvious tension in the air between the community and the police. Jayden has certainly proved that there was more to life than hatred and violence. We hope that he will continue to be as thoughtful and caring as he grows up.