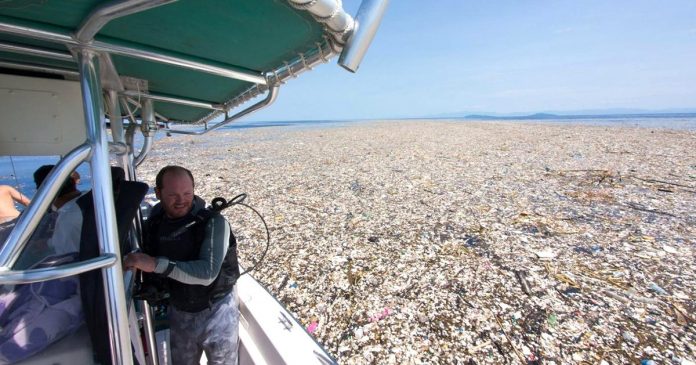 Caribbean beaches have a renowned prestigious status for their picturesque and pristine beaches. Their white sands, turquoise sea, and tropical climate have attracted millions of tourists to visit the beaches for a holiday vacation. Unfortunately, the situation is about to change as shocking images of once a beautiful Caribbean sea reveal that the water is now overflowed with plastic waste.

Caroline Power, an underwater photographer captured the horrifying images of the coast off the Honduran island of Roatan where plastics, bags, cutleries, bottles and even gift wrappers can be seen floating around in the Caribbean water. 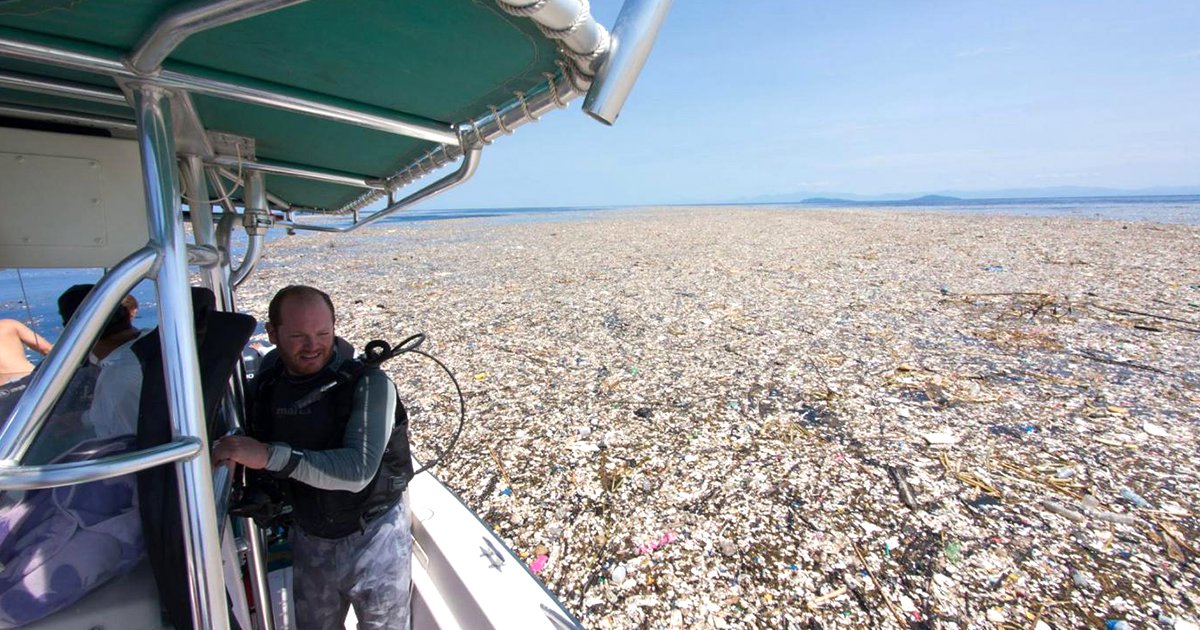 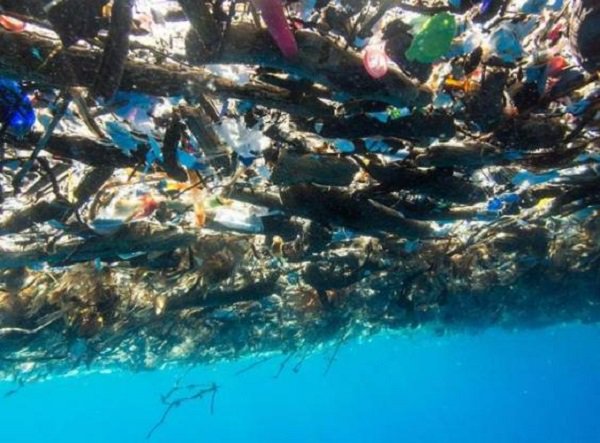 This is a worrying issue for coral reefs and other aquatic plants as they need sunlight for photosynthesis; a process used by plants to convert light energy into food and oxygen.

The plastic waste might have come from the Montagua river in Guatemala, as suggested by a pressure group called Blue Planet Society.

Through the images, she believes it is time for people to think carefully about dumping plastics into the oceans 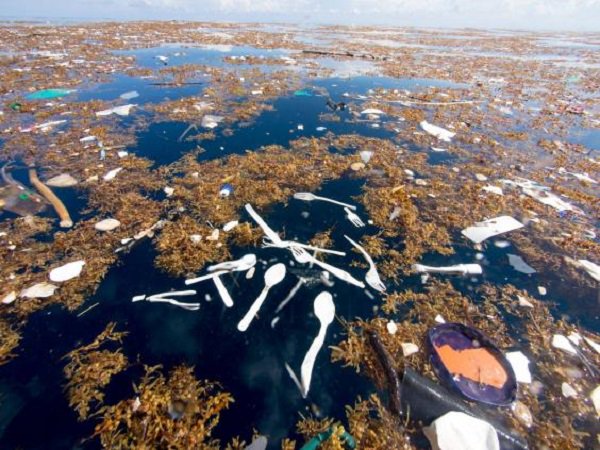 In her Facebook post, she wrote: “Think about your daily lives. How did you take your food to go last time you ate out? How was your last street food served? Chances are it was Styrofoam and served with a plastic fork and then put in a plastic bag.”

“Do you still use plastic garbage bags? Plastic soda bottles? Zip lock bags? Plastic wrap on your food? Do you buy toilet paper that comes wrapped in plastic instead of paper? Do you put your fruit and vegetables in produce bags at the grocery?”

She continued:  “Once the trash is in the ocean, it is incredibly difficult and costly to remove. The key is to stop the trash before it enters the ocean.” 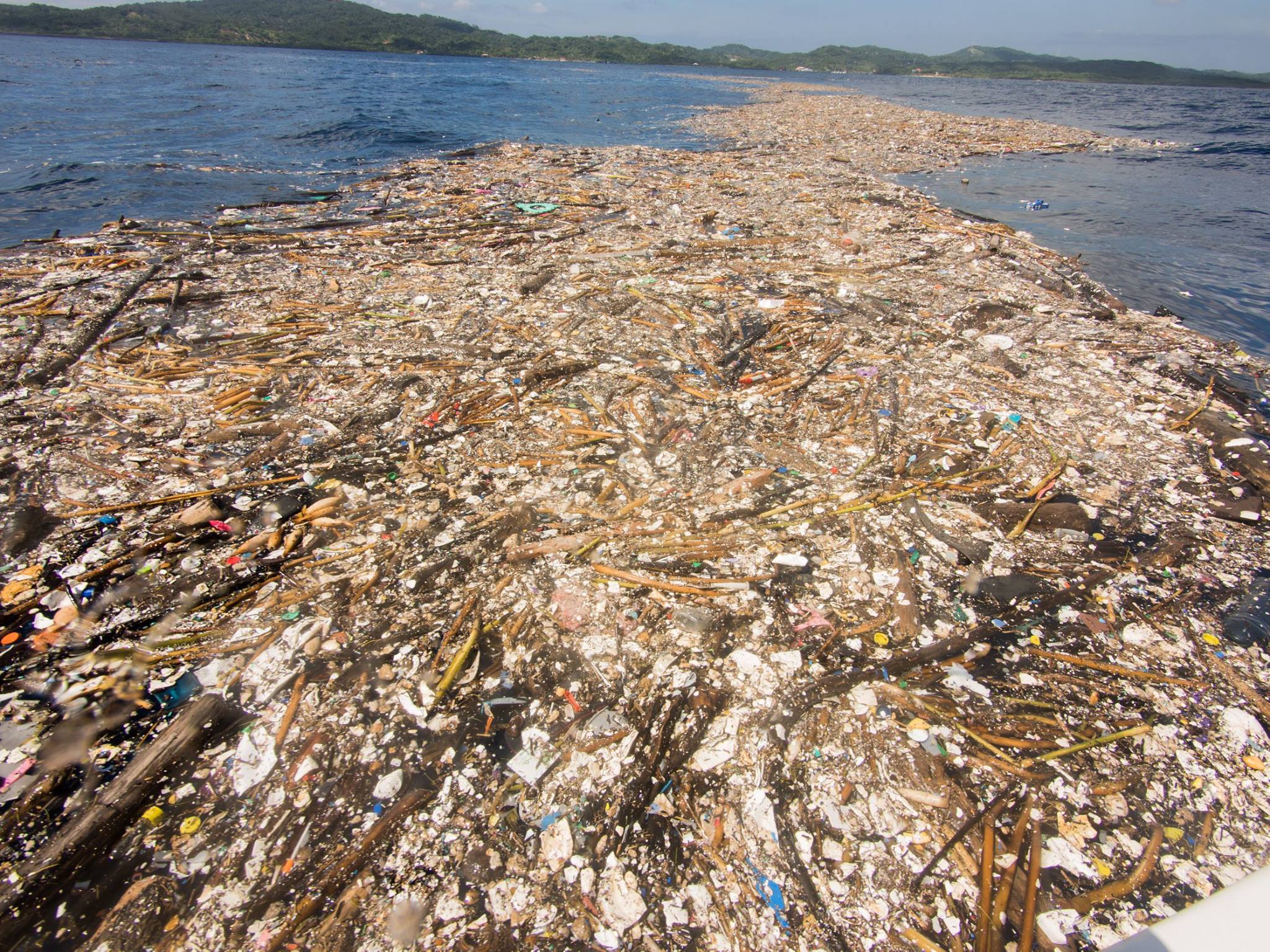 “In order for that to happen, we need to improve waste management, environmental education, and recycling facilities on a global scale. This is a developed nation (first world) problem as well.”

According to statistics, over eight million tonnes of plastics are dumped into the oceans every year. Scientists predict that by 2050, there will be more rubbish than fish. Currently, 600 species of aquatic lives are in great danger over the pollution of plastics in the oceans.

If this trend continues, many of these species might go extinct in just a matter of time.

Watch the footage of the river of waste in Guatemala here. You might be shocked to know how severe plastic pollution is