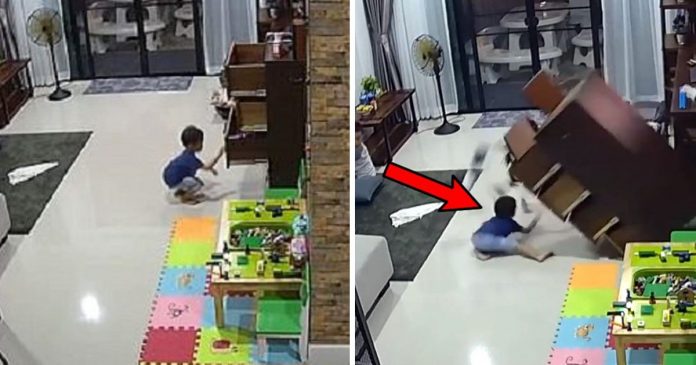 More and more parents are becoming aware of the importance of child-proofing furniture at their home with every pointy edge and corner is covered with padding. Unfortunately, sometimes, putting padding on each sharp edge is not enough when you have an unsteady chest of drawers or bookshelf in their play area.

In a horrifying footage that has gone viral on the Internet, one little boy merely escaped death after a chest of drawers fell just inches away from him.

In the footage, the unidentified boy was playing in his family living room on Monday around 7 pm in Udon Thani, Thailand. Another little boy was sitting not too far away from him 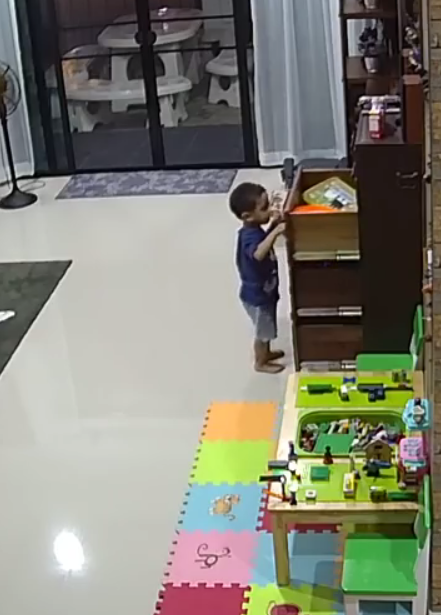 The curious boy then opened and closed each drawer from the top to the bottom, in a bid to find out the content of each drawer which seemed to be filled with more toys 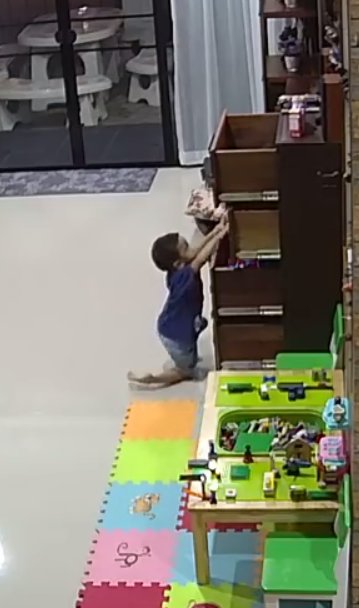 He then proceeded to open the drawers from the top again. However, when he tried to hold on to the second drawer, the dresser became unsteady and toppled over, hitting the boy’s forehead 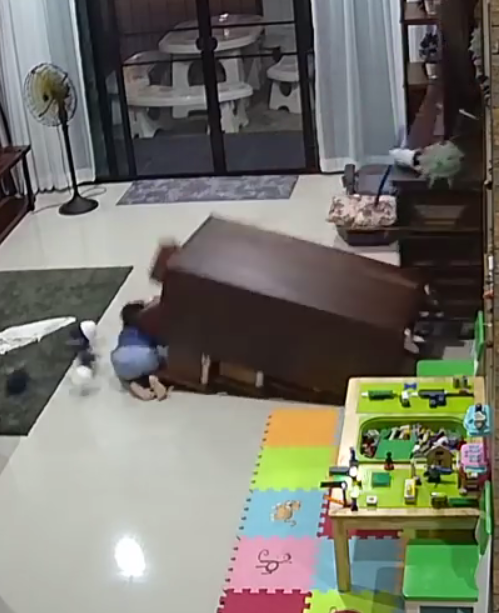 Fortunately, the dresser missed the boy and collapsed on the floor.

A woman then came from upstairs and walked into the living room to check on the boy who was crying by then.

The boy seemed to be unharmed although he was apparently startled by the accident. It appears that the dresser has wheels at the bottom of it which might have contributed to its unsteadiness.

While the boy was lucky to not be crushed by the falling chest, other children might not have the same luck. Hence, this is why it is crucial for parents to childproof furniture in the home.

According to the U.S. Consumer Product Safety Commission’s “Anchor It” initiative, one child is injured by falling dresser or television every 30 minutes. Even worse, one child dies every two weeks after being crushed by a falling furniture.

Here are some tips that you can follow to avoid the same incident from happening to your children:

You might probably know or well-familiar on how to assemble a chest of drawers or a table from that you just bought from IKEA. However, there might be some steps that are imperative for you to follow in the manual which could help avoid any possible falling mishaps in the future.

You can purchase anti-tip kits online to secure the heavy chest and dressers. One of the best ways to anchor your furniture is by screwing the backboard of your dresser to the wall.

3. Put television in a proper place

Flat-screen televisions are often the cause of death and injuries to children when they topple over. Anchoring the television to the wall would truly keep your children safe.

4. Do not place ‘tempting’ objects on the furniture

We all know how curious young children can be. So, avoid from putting any objects on a dresser, cabinet or bookshelf like remote control, books, or their toys to avoid them from climbing over the furniture to reach the object.

These men saw dangling feet in between the boulders in a...