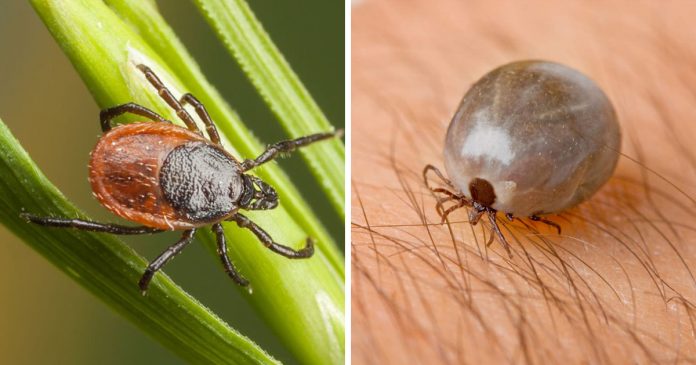 Ticks are tiny bloodsucking creatures that are the leading vectors of diseases to humans in the United States and second only to mosquitoes worldwide. These pests have the potential to spread lethal infectious diseases which can lead to a person experiencing nausea, fevers, neurological problems and in severe cases, even death. The Centers for Disease Control and Prevention reports that the most infamous of the infections caused by ticks is known as the Lyme disease. Here are 15 things you should know about ticks that can potentially save your life someday.

1) Ticks are not technically insects

Contrary to popular belief, ticks are actually a species of arachnids. This means they are more akin to spiders than other pests like flies or mosquitoes. In addition to that, a close up look at ticks reveal that they even look a lot more like spiders as they have four pairs of legs and no antennae. They also can’t fly or jump but instead rely in a technique called  “questing”. It is where they sit and wait in grass or other types of vegetation until a human or animal pass by them. 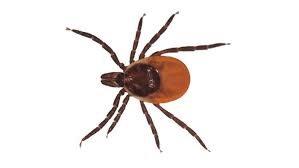 According to scientific discoveries, there are thousands of tick species’ in the world and luckily, only a few of these species have the potential to cause trouble. Among these, the black-legged tick or deer tick is particularly dangerous and its found in the Northeast and parts of the Midwest because it spreads Lyme disease. It is an infection that causes joint pains, inflammation of the brain, and more. Another dangerous species of tick is the The Rocky Mountain wood tick which gets its name from where it is commonly found. These along with the American dog tick and brown dog tick can infect people with a dangerous and life-threatening disease called Rocky Mountain spotted fever.

The difference between ticks and other common pests is that it lingers on you for a period of time. “It’s not like a mosquito, which stays on you for a few minutes,” says Peter Krause who is a senior research scientist in epidemiology and microbial diseases at the Yale School of Public Health.

A tick can take up to two hours to look for a good spot to sink it’s teeth into. These parasites can be less than a millimeter in size so it will be extremely difficult for you to notice one roaming on you. After finding the perfect spot, it will burrow it’s head into the epidermis and let out its feeding tube. It releases a blood-thinning, skin-numbing substance which allows it to feed and go unnoticed. 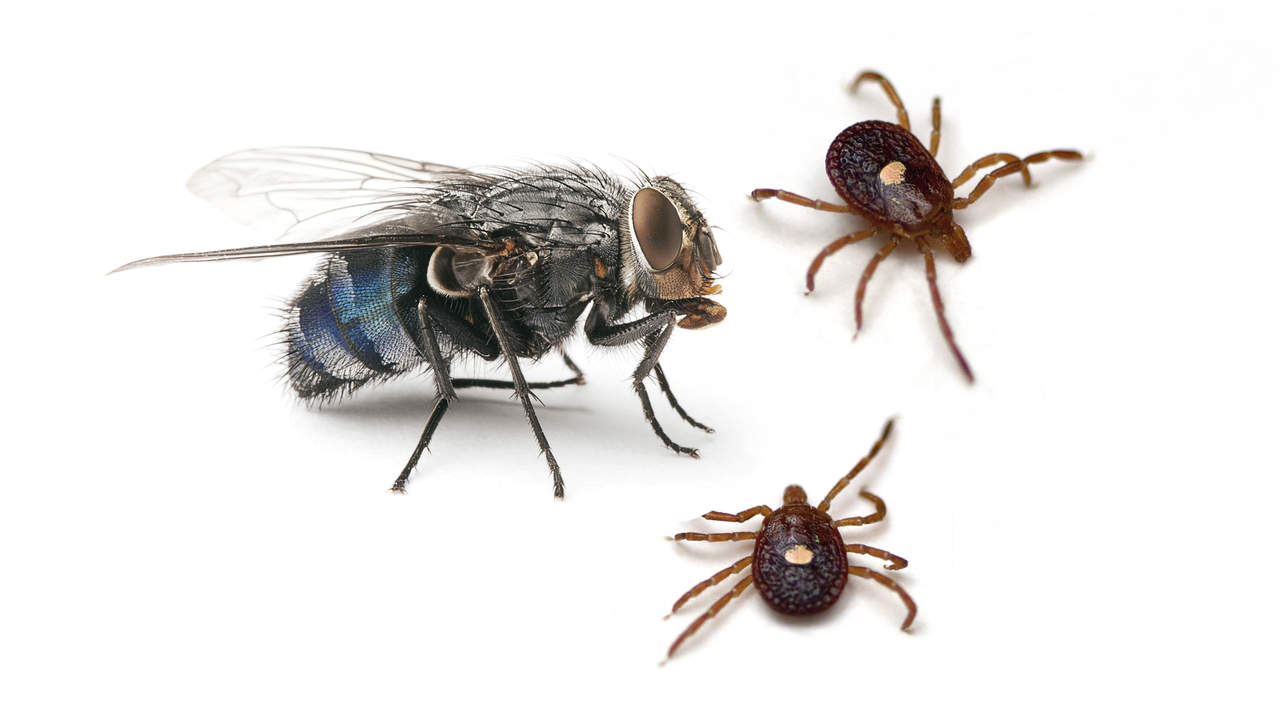 The transmission rates differ by the disease and the tick but the consensus is that they are not immediate. Dr Krause says that certain species’ of ticks begin to transmit a disease called anaplasmosis within eight hours but most will take longer. If you can remove a tick within 24 hours of it leeching onto you, the chances of you actually contracting Lyme disease is low. It usually takes 36 to 48 hours before the bacteria that causes Lyme disease can spread and infect an individual.

5) Ticks have the capacity to spread multiple diseases at once

The fact is that humans are not these pesky creature’s primary meal. They are known to attach themselves to mice, birds, rabbits and deer. When they move from one target to another, they infect their hosts and pick up pathogens along the way. “It’s not unheard of for ticks to be carrying three different diseases at one time,” says Dr. Krause. 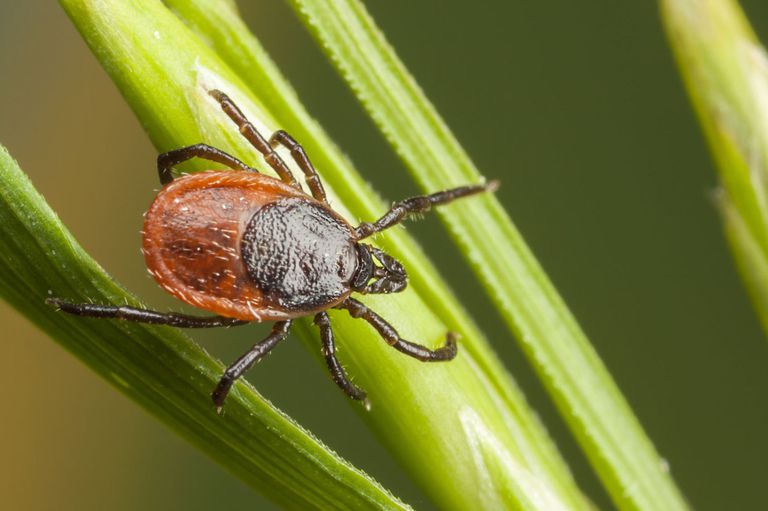 6) A good majority of home remedies found on the internet do not work!

The first course of action will be to consult the internet after finding a flea has made it’s way onto you. Remedies on the internet range from people’s recommendation to rub petroleum jelly, gasoline, nail polish, or 70% isopropyl alcohol over the tick in order to suffocate it. According to researchers, this will not work because ticks are extremely hardy in that they can survive long periods without air.

7) Remove a tick with a pair of tweezers

You cannot afford to treat a tick like you would any other insect. You’d need to use a pair of tweezers to grasp the part of the sucker that’s as close to the skin as possible. The reason for this is because the tick would have buried it’s head into your epidermis. Once you have a firm grasp, pull upward carefully and steadily and dispose of it. Be sure to clean that area of your skin with soap and water or an alcohol wipe afterward and you will be good to go. 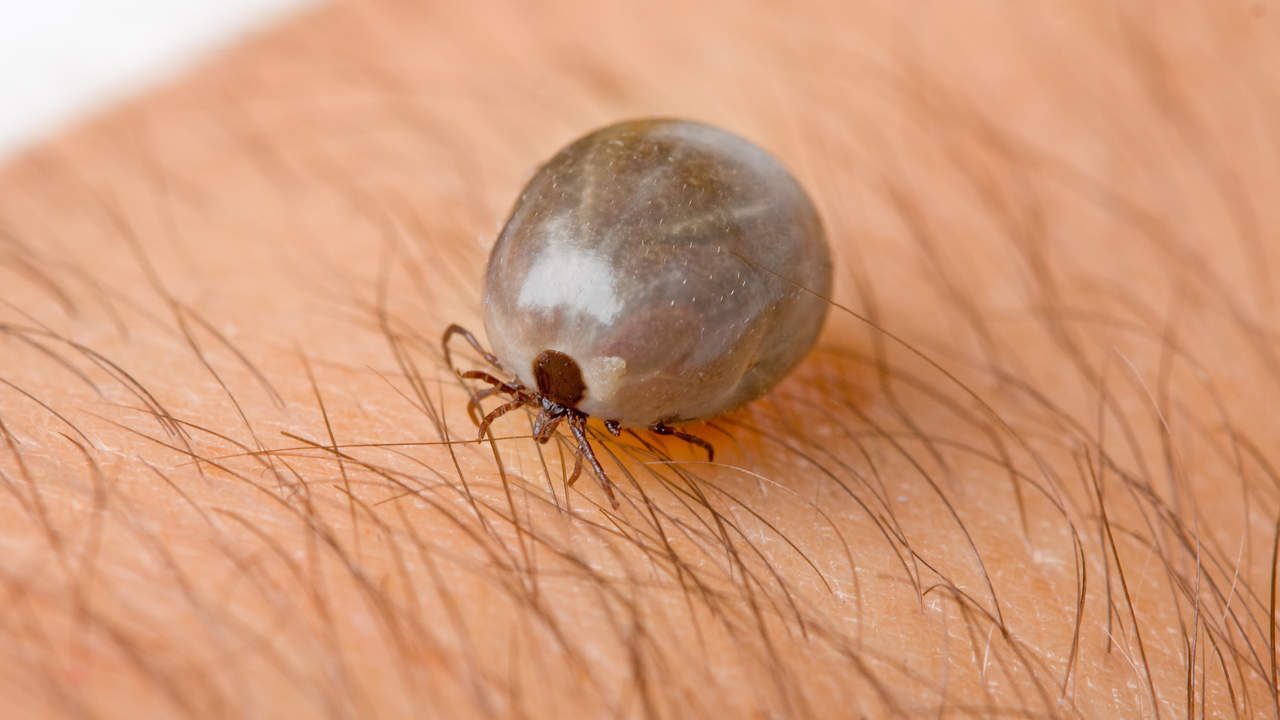 A majority of the diseases carried by ticks can trigger fevers, headaches, fatigue, muscle aches and in most cases, a telltale rash. Those who contract Rocky Mountain spotted fever usually get the fever first and then the rash about two days later. Those who are infected with Lyme disease will get a rash anywhere from three days to one month after the initial tick-bite. 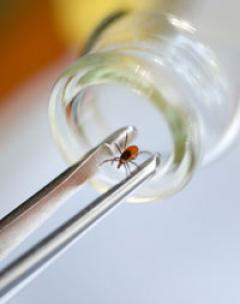 9) Not everyone with Lyme disease will get a rash

CDC reports estimate that approximately 20% to 30% of people are infected with the Lyme disease will not exhibit signs of the bulls-eye rash. This doesn’t mean that they won’t develop other symptoms such as arthritis in the joints, muscle pain, and even meningitis or encephalitis after a period of time.

10) Although ticks can transmit diseases, this does not mean it will

This is good news because according to a 2014 review in the Journal of Autoimmunity, only a small percentage of 1% to 3% of people who are bitten by an infected tick will end up contracting Lyme disease. You can check if a tick is carrying a disease by attempting to ID it with the Tick Identification Chart at Tick Encounter Resource Center. If you are unlucky enough to have a deer tic on you, the doctor may advise you to take doxycycline, an antibiotic that can treat infections. 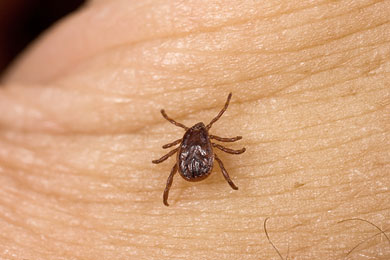 11) There has been a steady increase in Lyme disease cases

The trend the CDC charts show, depicts a steady increase in the number of Lyme disease cases since 1991. The number of confirmed cases was at it’s peak back in 2009 when the number of victims was at an astonishing 30,000. Since then the number has decreased slightly and there are about 25,000 cases on average every year.

This is a conservative number though as many cases of this disease go unreported. The Lyme disease is highly concentrated in the Northeast and upper Midwest of the United States where about 93% of the cases originate in just 10 states (Connecticut, Delaware, Massachusetts, Maryland, Minnesota, New Jersey, New York, Pennsylvania, Rhode Island, and Wisconsin). Dr Krause believes this geographical trend is is attributed to a concentration of wooded area. He says “As the agriculture moved into the Midwest, the forest returned to the Northeast. The deer returned too, only today, they don’t have nearly as many predators.”

Dogs are in danger of contracting Lyme disease from a tick bite. Due to the laws in place which are less stringent when it comes to animal testing as compared to humans, some dog vaccines have been found and proven effective. In 1998 there was a vaccine available for humans which helped against the Lyme disease by preventing bacteria from being transferred from the tick’s guts to the human it leeched on to. There were reports of side effects and a lawsuit against the manufacturer which resulted in them seizing their operations.

Ticks can endure harsh weather conditions so they don’t really have a season where they are more active but the summer months are the peak of Lyme disease season in the Northeastern region of the U.S. Non-adult ticks called ‘nymphs’ tend to be more active during this time according to a 2014 study in the Journal of Autoimmunity.

14) Here’s how to protect yourself against ticks

The first step in defending yourself from ticks is to know where they are found, which is mainly in the foliage that borders meadows. This is because the ticks usually follow a concentration of deer and they tend to graze in open grassy areas. When you are in tick-infested area, be sure to douse yourself in insecticide or wear clothes that’s been treated with an insect repellent called permethrin.

The recommendation put out by the CDC prescribes any insect repellent that contains at least 20% DEET. Besides that, take extra measures to treat your clothing with a product such as Cutter’s Backwoods Insect Repellent Pump or find insect-repellent clothing from manufacturers like LL Bean or Rei.

15) You should do tick checks every two to three hours

When you are outdoors in a tick-infested area, you should check your skin particularly your scalp, belly button, armpits, ears, the back of your knees, and between your legs. Do this in every two to three hour intervals and you should be fine. Keep in mind that these ticks can be minute so even if you notice a new freckle, it is worth careful attention.