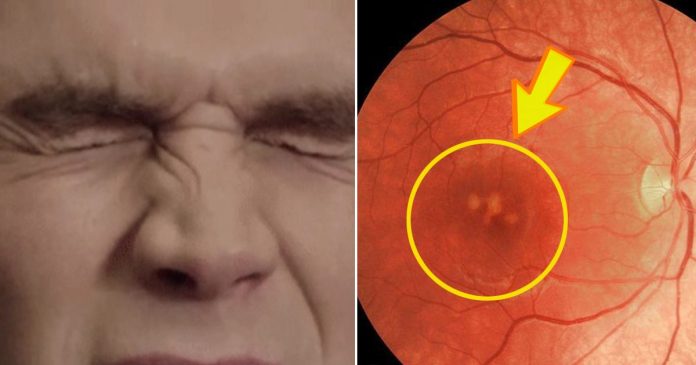 A laser pointer is a small handheld device that can emit a focused beam of light that shines upon an object. It is commonly used in presentations, teachings, and stargazing. It is both useful and interactive.

Children love to play with laser pointers. However, they can be dangerous as the focused light is too powerful and can cause damage to the human eyes. In Tasmania, Australia, a 14-year-old boy burnt his eyes from staring at a laser pointer for only a brief amount of time.

Some pets like to play with laser pointers as well 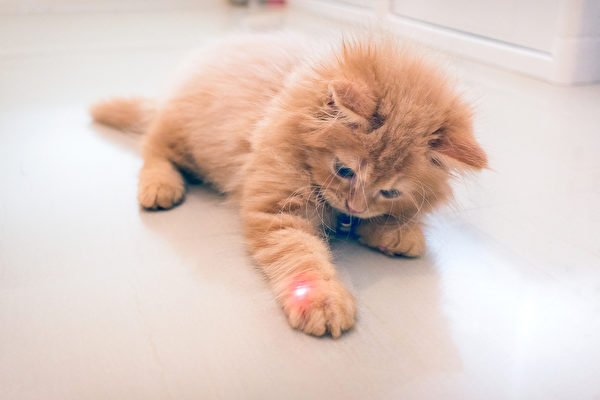 After a few seconds of exposure from the laser pointer, the boy lost 75% of his vision. According to Ben Armitage, an optometrist from Hobart, when the boy’s eyes were exposed to the laser, he did not felt any pain at all but his retina was severely burnt. “It was just a short moment,” Ben told ABC.

Examinations found that the boy’s eyes were burnt near the macular area which was in the center of the retina. The area covers only 5% of the retina but it is also the most sensitive area of the human eye and is also the area where most of the visual acuity is concentrated.

“Unfortunately he’s managed to cause himself permanent damage to the back of his eye,” said Armitage

After the incident, Armitage reported that the boy had only 25% of his vision left. However, after a period of recovery time, the boy’s retinal edema will reduce and his vision may improve slightly but the burnt area of his eye stays permanent.

Optometry Tasmania has warned parents not to view laser pointers or pens as toys. Chief executive Geoff Squibb said: “If parents purchase or allow their children to have access to these pens, they ought to supervise them very, very carefully and, in fact, better off trying to warn them off them because we’ve just seen in this particular case where the future of this young person has been seriously affected.”

Coincidentally, the laser pen hanging on the keychain was used as a toy by many children

In January 2018, China, a media reported that a 12-year-old boy and his classmate were playing in their school’s dormitory. His classmate used a laser pointer and shone the light into his right eye, causing his eyesight to drop. A month later, the boy was sent to the hospital for examination and found that there were three burnt scars on the macular of his right eye. His vision would be extremely difficult to recover.

It only takes one second for a laser pointer to burn our eye. Blinking does not help protect our eye when a laser beam is pointed directly at it.

A laser is a concentration of intensive energy and its heat is the main cause of the tissue burns. The eyes are much more sensitive to laser damage compared to other parts of our body.

In the United States, the regulation for a laser pointer stated that it cannot exceed 5mW. According to the safety regulations for laser use in Europe, even if the power of the laser pen does not exceed 1mW, the beam will still cause destructive damage to the eye if exposure exceeds 0.25 seconds.

0.25 seconds is equivalent to the time it takes to complete a natural blink of an eye

The higher the power of the laser pointer, the higher the energy and exposure. Thus, the damage is even more severe. Blinking the eyes would be useless against high-powered lasers.

Purple-colored lasers are the least sensitive to the eyes

How do we safely use laser pointers?

To prevent any serious injury to the eye, we must first avoid aiming a laser pointer at anyone, especially to the head and eyes. The University of California Environmental Health and Safety Department suggested that when using a laser pointer, the following precautions must be taken into consideration:

What is the output of your laser pointer?

For example, laser pointers with a power level of lesser than 5mW will have a Class 3a or Class IIIa label on them. Some commercially available green laser pointers have a power of up to 300mW or even higher. These will be marked as Category 3b (Class 3b) or Roman IIIb (Class IIIb) while some online purchased pointers have no specification labels on them.

Danger! Laser pointers labeled as Class IIIb have a power of 300mW or higher 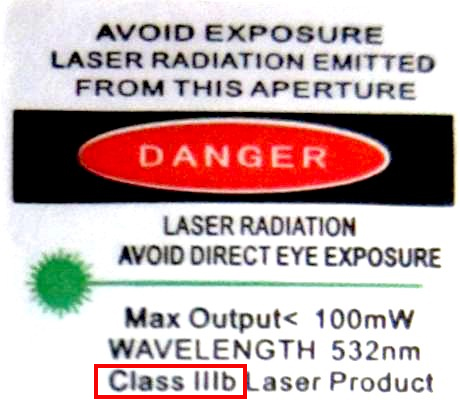 The American Ophthalmology provides a rough idea of the laser pointer’s power output:

Share this article to warn others to always be careful with laser pointers. Keep lasers away from children.