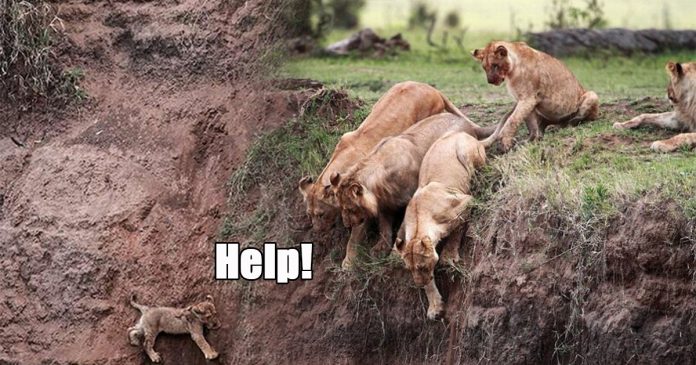 A mother would sacrifice herself for the sake of her child and family. She would give up her life for this family and would not complain at all.

Animal’s emotions may not be as fine-tuned as human’s but their maternal love is as equally great as human’s, if not greater. Let us look at this touching story today about a great mother lioness that jumped down a cliff to save her child who was clinging on for dear life to the side of a very steep slope. It disregarded her safety and risked her life to save her child.

The lioness is like every mother in the world. 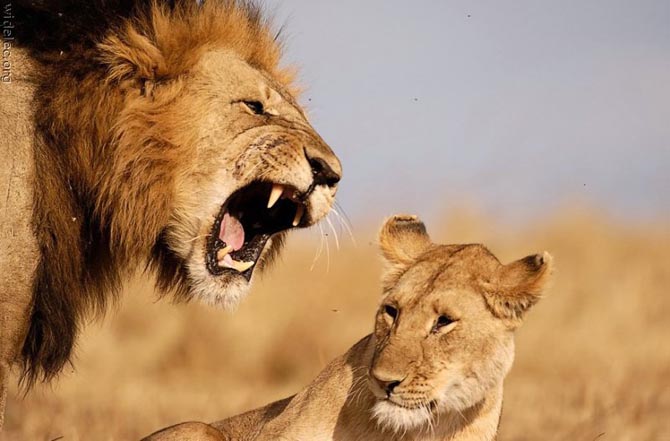 A poor lion cub accidentally slipped off a steep cliff and was stranded on the face of the vertical cliff. The situation was very critical as the cub was seen clinging to the side of the cliff. 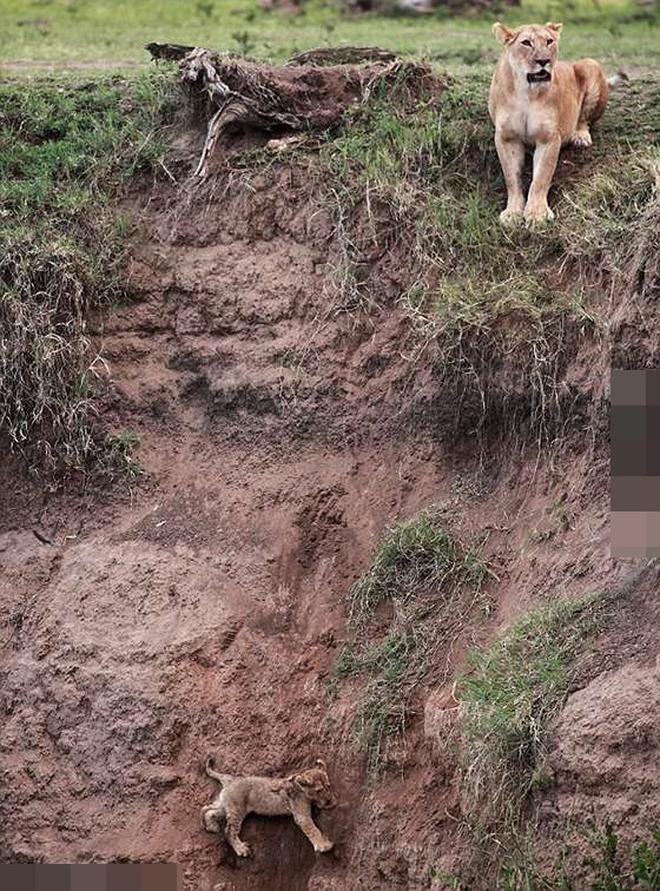 A few lionesses also heard the cries of the cub and quickly came over to help. 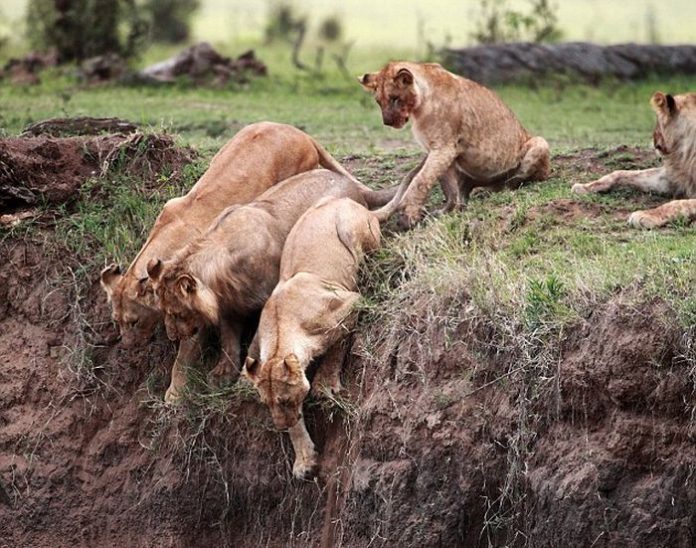 However, there was only one thing that set the mother lioness apart from the other lionesses—motherly love. 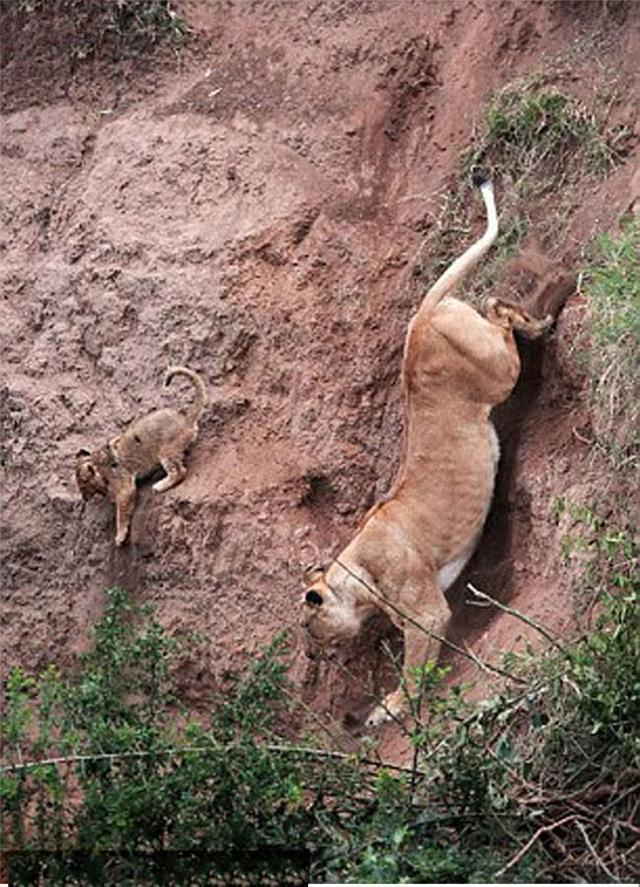 The maternal love of this lioness was really great! 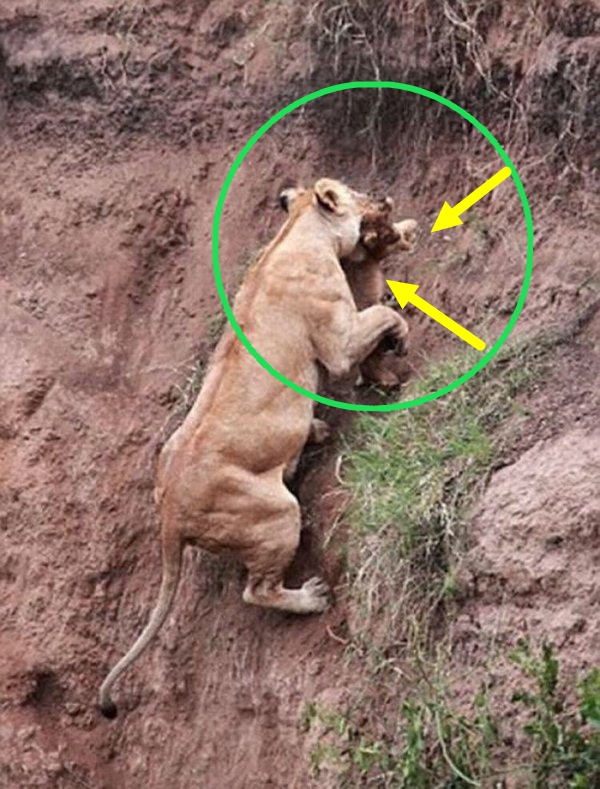 When mother and child were safely on a flat ground, mother lioness did not scold her child for being careless and putting both their lives at risk.

Instead, she happily licked her child and tried to sooth the frightened cub 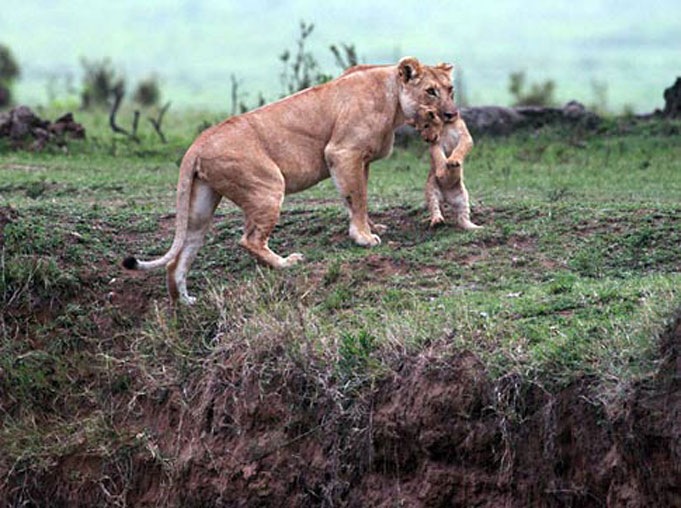 A perfect ending just like a movie plot! These precious pictures were captured by Jean-Francois Largot in Kenya’s Masai Mara Wildlife Sanctuary.

No matter how dangerous a situation might get, without any hesitation and in no condition, a mother would do whatever it takes to save her child 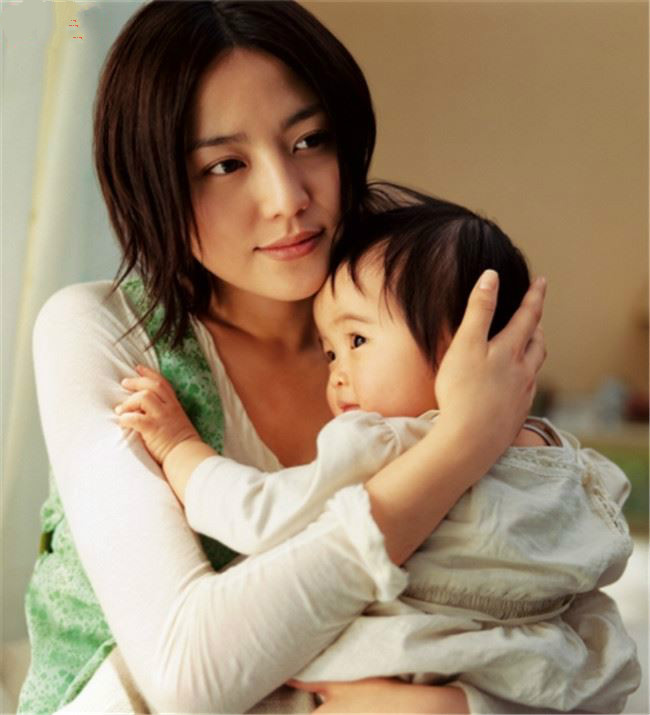