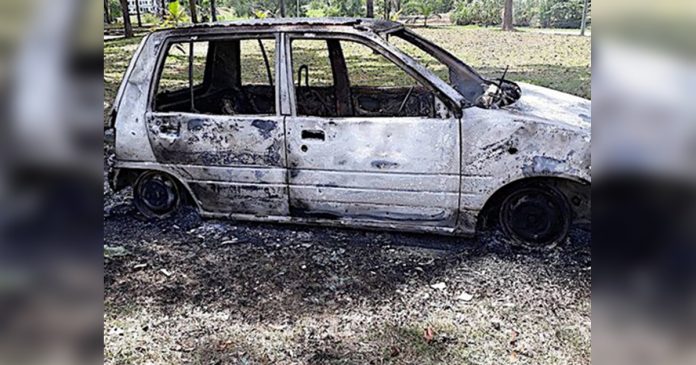 A woman was very dissatisfied with her husband’s ‘classic car’. The car’s air-conditioning kept malfunctioning thus forcing them to endure a hot drive led to a heated argument.

Many requests were made to her husband to buy a new car but were completely ignored.

Out of anger, she set the car ablaze which had a market value of USD 1500 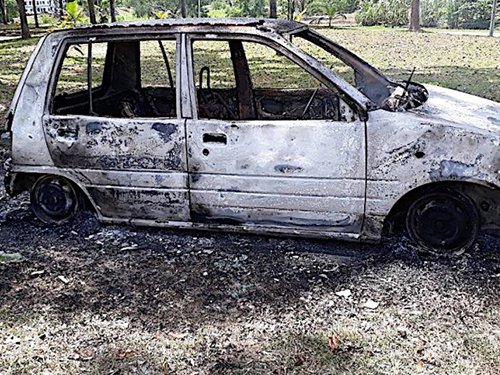 The incident occurred on 11th March around 11:30 am at Bukit Sentosa in Malaysia.

According to Kosmo!, the wife was very dissatisfied with her husband’s second generation Perodua Kancil. It was a very old car. Most of the time, the car’s air-conditioning always broke down.

In addition to the poor air-conditioner, the old car often broke down when they were halfway to send their child to the school which led to the child’s poor performance in studies.

The report stated that the husband who was around 30 years old quarreled over this dispute for three days. The wife constantly complained that the car had frequent air-conditioning problems. They were forced to sit in a hot car so she pleaded her husband to buy a new car but was completely ignored by him.

Out of anger, the woman then set the car ablaze but before that, it was reported that she smashed the side mirror of the car a day earlier.

Kuala Kubu Baru Fire and Rescue Department Chief Kamil Kamadan said that the whole car was on fire when the firemen arrived at the scene.

Hulu Selangor district police chief Superintendent Lim Bak Phai said that the police has yet to receive any police reports regarding this incident. 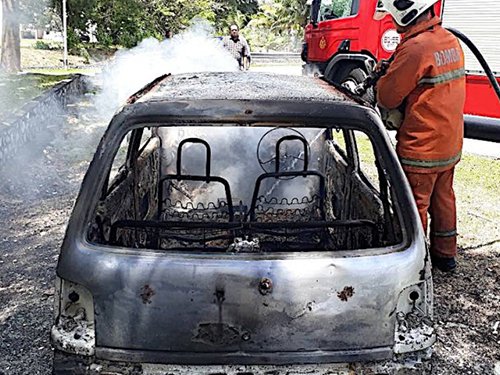 Do you think the husband should have bought a new car to prevent this incident?