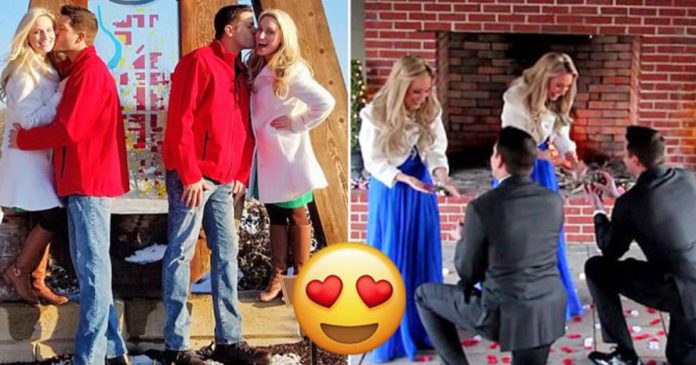 Many people believe that twins can read each others minds right?

Well, Josh and Jeremy Salyers who are a set of 34-year-old twins from Tennessee were definitely on the same wavelength when they met their soon-to-be spouses on 31 August.

What’s more was that the women they were seeing, 31-year-old’s Brittany and Briana Deane, were also a set of identical twins. The four of them met at the Twin Day Festival in Twinsburg, Ohio.

They both dropped down on one knee and proposed in unison 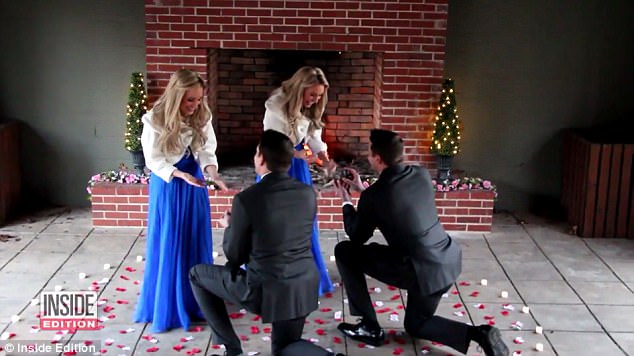 The pair of twin couples would often dress in similar or identical clothes when they are out in public and it is quite a spectacle. They are already in the midst of planning to hold a joint wedding together. The four of them are inseparable so much so that there are plans for them to stay in the same home after they tie the knot.

The couples are planning to hold a joint wedding ceremony 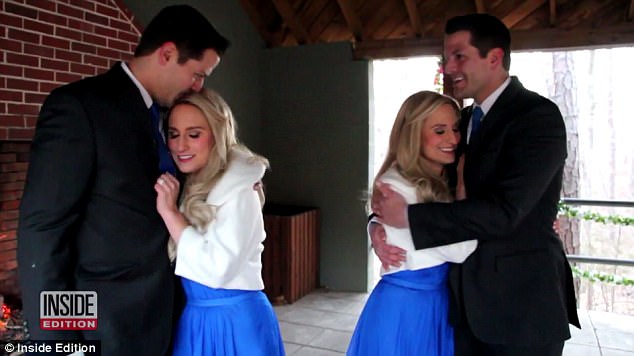 The girls had no idea what was in store for them 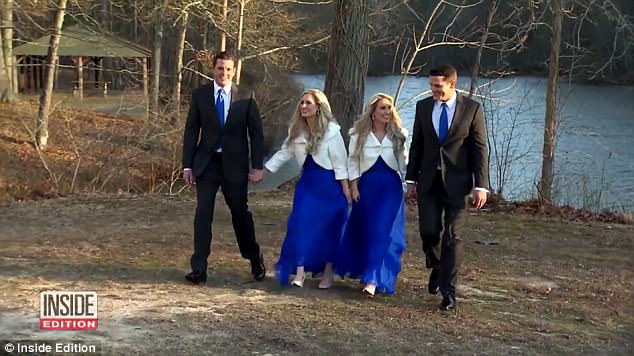 The women had set their sights on the identical brothers at the beginning of the festival. They thought the brothers were handsome and looked about the same age as themselves. The four did not bump into each other until the last day of the event. They were instantly attracted to each other and the rest is history.

They were proposed to with infinity rings 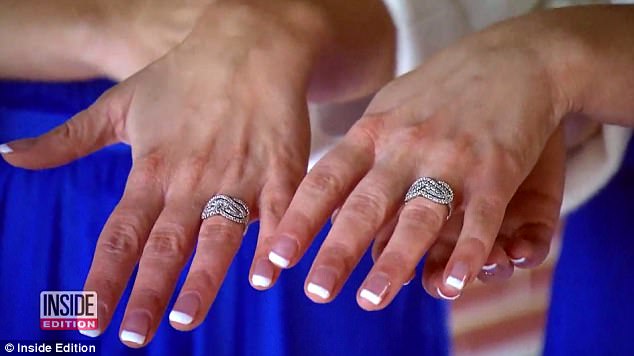 They parted ways after the festival but got in touch through Facebook and the brothers relayed that they would love to see the girls again at the next festival. Brittany and Briana did not want to wait that long and so they invited the brothers over to their hometown in Tennessee.

They began seriously dating and a few months later the sisters get a call from Josh and Jeremy. They said they had been offered to film an advertisement for a property in Twin Lakes, Virginia. The company wanted to feature both pairs of twins in their commercial and the sisters agreed to it. The girls were dressed in matching blue maxi dresses and the boys were dressed smartly in suits with matching blue ties.

They knew there was something special about this relationship 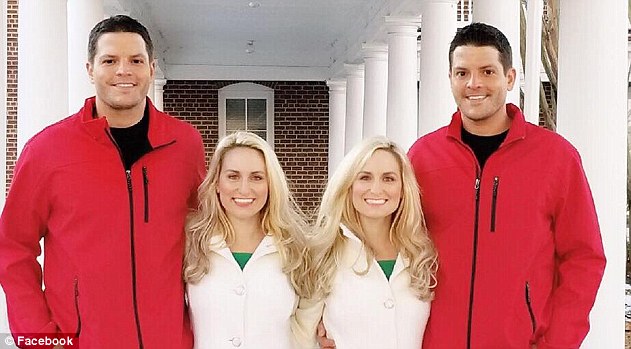 Both couples ventured around the stunning property while filming at different locations. When they reached the last spot Briana recalls “The director yelled ‘Action’ and Jeremy and Josh both dropped on one knee.”

“We were blown away. They did an amazing job!” 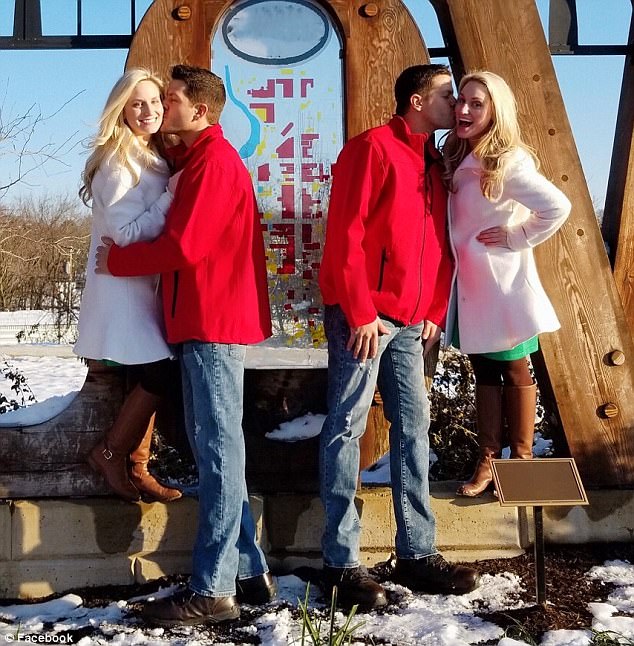 The ‘infinity’ diamond ring the boys proposed with, serves as a symbol that they are destined to be together always. They told Inside Edition that they were extremely fortunate to have met their soulmates. 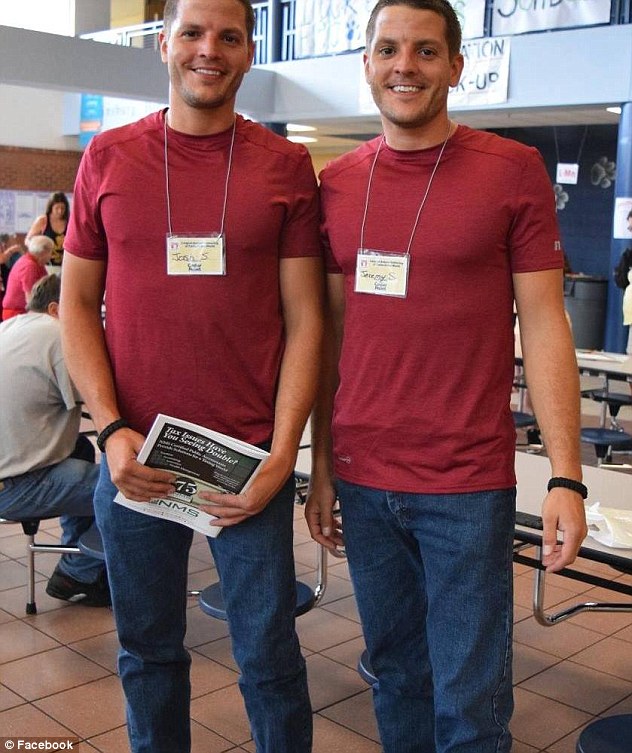 Interestingly, both pairs of twins work together as well. Josh and Jeremy work at the same manufacturing plant in Hagerstown, Maryland while the Deane sisters both work at the same law firm. 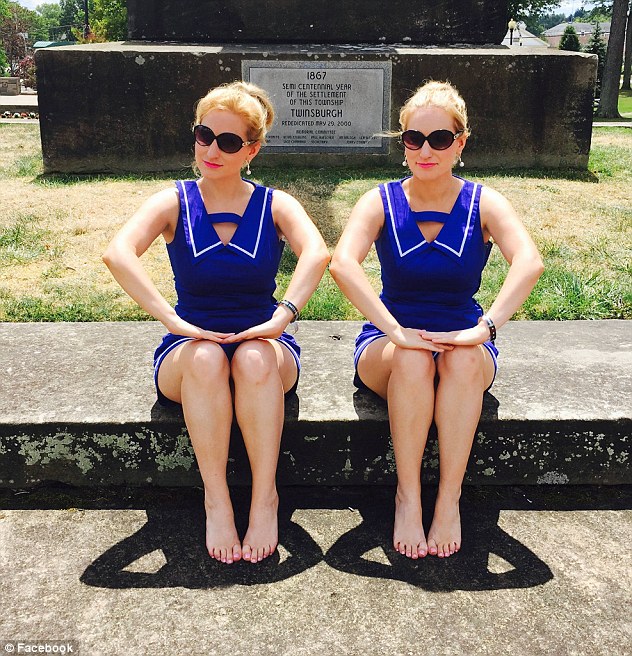 The wedding is set to take place somewhere in August this year and they cannot wait for the joint ceremony.

“You know when you know” said Josh.

“We’ve always known our whole life that if we were going to get married it was going to be to twins,” says Jeremy. 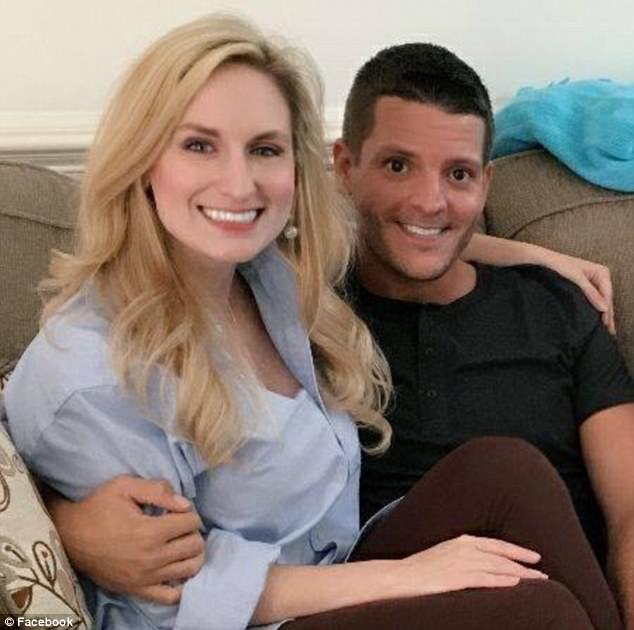 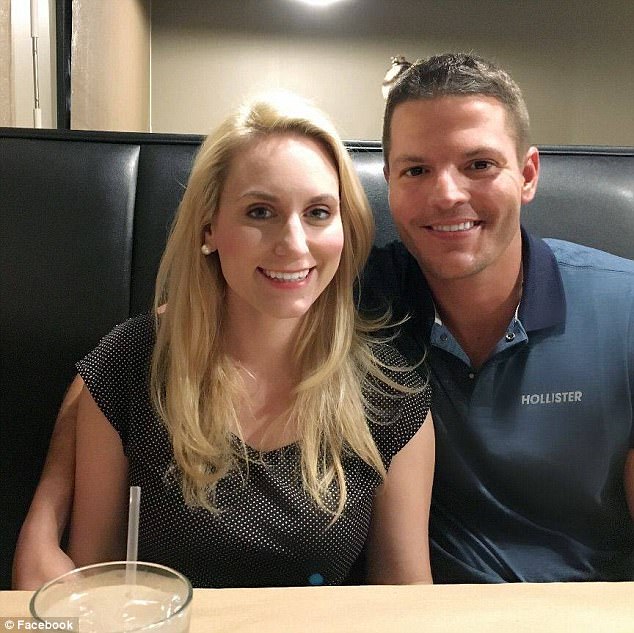 The couples want to have their wedding at the Twin’s Festival in hopes that it will liven up the ceremony. It is also significant because it is where they met for the first time!

Watch their video below: