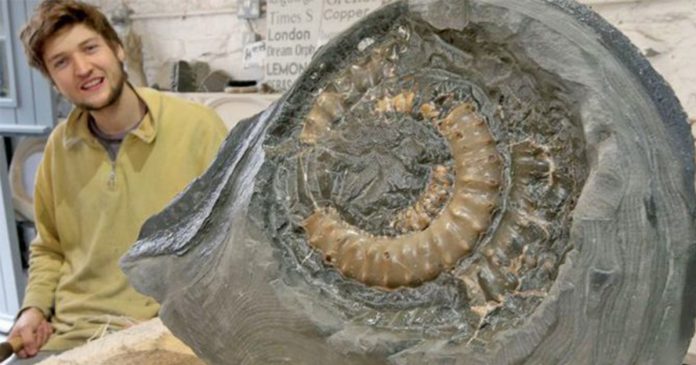 Not everyone is willing and strong enough to take home a lump of rock weighing 50 kilograms hoping that it would contain a priceless fossil but that this is what exactly happened to stonemason Archie Faiers after he watched David Attenborough’s documentary on BBC One recently.

21-year-old Archie was overjoyed when he was informed that the stone could be worth USD 689 to USD 1,378!

It began when Archie took his dog for a walk when he discovered a strange-looking stone nearby Lyme Regis. 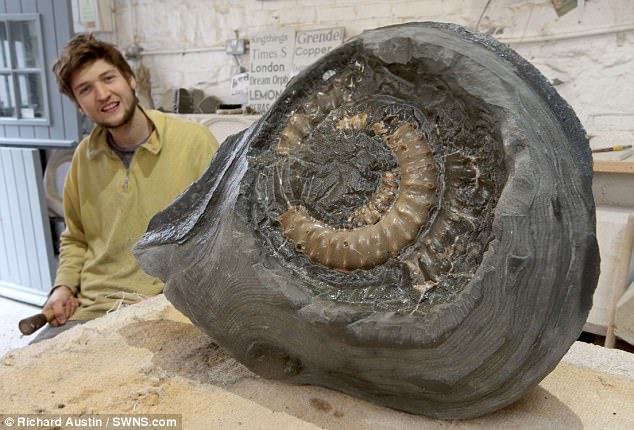 Furthermore, he found the stone just metres away from the same location on a Lyme Regis beach where a local professional fossil hunter found the large ichthyosaur (or sea dragon) which so famously featured in the latest Attenborough’s programme 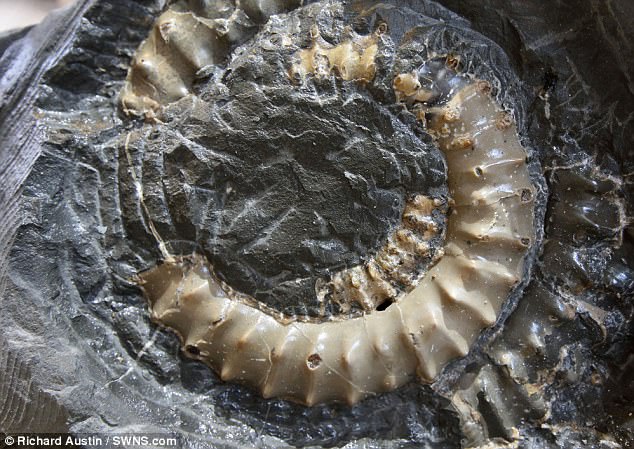 “I knew we were close to the spot where the TV fossil was found,” Archie told the WMN. “There had been an overnight cliff fall and I spotted a rounded rock on the beach and I knew that these rocks are the ones that could have a fossil inside.”

Archie, who has won several international awards for his masonry craftsmanship then decided to carry the stone to his workshop which is located in the city centre.

“When I got back, I started to chip away at the outside off the rock and soon realised that there was an ammonite inside – but I am using my traditional stone mason tools in preparing it. I really need much finer tools, so things are on hold at the moment.”

Surprisingly, the stone is a 190-million-year-old microderoceras birchi, typical of the ammonites found along the Jurassic Coast.

The creatures were shelled cephalopods, named by Alpheus Hyatt in 1871 part of the now extinct Ammonoidea

Archie then opened his workshop in Lyme’s old Town Mill carves and produces various architectural designs in stone for signs and sculptural pieces for public spaces and homes.

“I’m not a fossil collector,” he commented. “But when I’m on the cliff beaches I just keep my eyes open.”