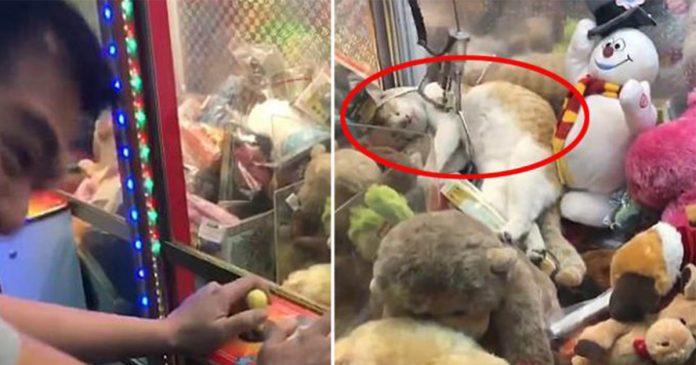 Usually, soft plush toys and assorted mini-figurines are some of the prizes that await the lucky players if they manage to claw out the prize when playing claw machine. However, one man discovered a more worthy prize when he played a claw machine during his business visit in Dubai – a sleeping cat! 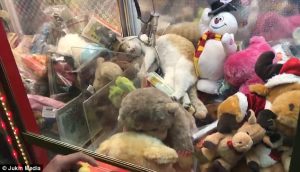 At first, the cat woke up just enough to shake off the claw before going back to sleep 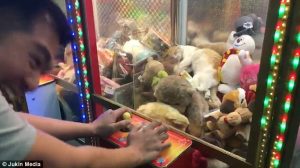 The man then tried to catch a stuffed snowman toy but he failed to grab it so he decided to go for the sleeping cat again.

This time, the claw once again wrapped the cat’s body and the man attempted to lift it.

Funnily, the cat did not get amused by his attempt and continued to sleep! 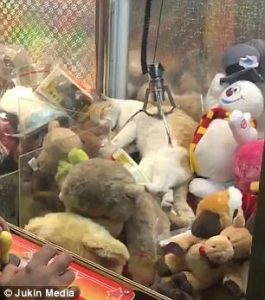 The man then tried for the third time but this time, the claw did not manage to grab the cat’s body accurately.

What was hilarious was the cat did not even bother to wake up to the man’s attempts and decided that its sleep was more precious. It did not even flinch when the man tried to grab its body!

Looks like the cat got its priorities straight! Or it might have a hard time to wake up from the deep slumber as the stuffed toys were too cozy. Either-or, no one could disturb it from continuing to sleep inside the arcade machine.