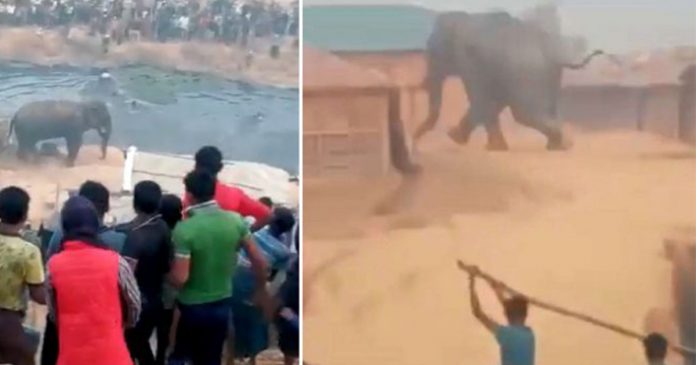 A child was killed and at least 30 people were injured after an elephant barged through a refugee camp in Bangladesh in a horrific incident that took place on February 22. 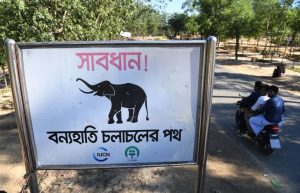 In a video footage recorded, villages are seen running and swimming across a river to escape from the elephant’s path as it destroys makeshift housing 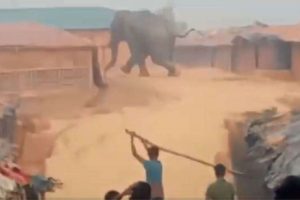 Filmmaker Shafiur Rahman who has been living in the camp to cover the ongoing crisis surrounded Rohingya refugees for the past 13 months posted the video on Twitter.

In the incident, a 12-year-old boy was killed and an elderly person was hospitalised due to the injury sustained from the trampling. 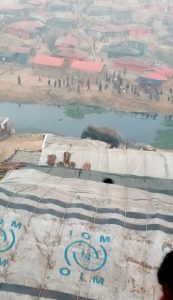 The elephant was then chased back into the forest by local forest department officials. Mr. Rahman said that the attacks have been increasing recently due to the fact that the elephants’ habitat has been disturbed.

“[The elephants] walking routes and migratory routes have been disrupted,” he said.

“The elephants are also affected by the land mines at the border too. All in all catastrophic for everyone concerned.” Mr. Rahman also said that deforestation and new refugees settlement have made the issue to become worse.

It was reported that around 800,000 Rohingya refugees are living in settlement camps throughout Bangladesh with more than 585,000 of them in the Kutupalong-Balukhali camp.

Recently, the organisation and the United Nations’ refugee agency have begun an initiative to minimize human-elephant conflict by restoring degraded forests and creating safe corridors for the elephants.

However, tramplings are not the only concern faced by the refugees.

This month, United Nation officials warned that Rohingya refugees in Bangladesh could face “humanitarian crisis within the crisis” 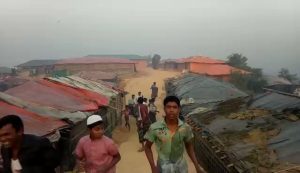 More than 100,000 Rohingya refugees are living in areas that are at risk of flooding and landslide.

While humanitarian groups have been working to relocate them, many still need to be moved before the high waters hit in March, said the official, Filippo Grandi, the United Nations high commissioner for refugees.

The elephant trampled some huts and I understand two small children were killed in Block 12, Kutupalong #rohingya #refugee camp – as the elephant made its way out. pic.twitter.com/fiUdEAjHqp