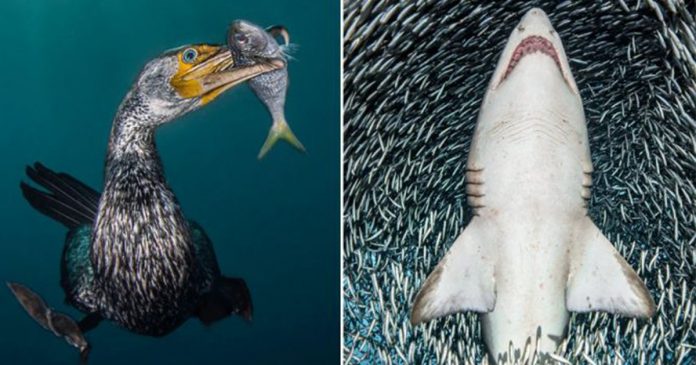 German photographer, Tobias Friedrich has been named as Underwater Photographer of the Year 2018 for his breathtaking shot of underwater scenery featuring British World War Two military vehicles resting deep inside a shipwreck.

The photo which was taken off the coast of Ras Mohamed in Egypt defeated over 5,000 underwater pictures sent by photographers from all parts of the world.

Friedrich’s photograph which titled ‘Cycle War’ shows Norton 16H motorbikes loaded in the SS Thistlegorm with a school of soldierfish swimming above them.

“I’ve had this image in mind for a few years, but it is impossible to capture in one photo, because there is not space inside the wreck to photograph this scene in a single frame,” explains Friedrich. “My solution was take a series of pictures and stitch them together as a panorama.”

Chair of the judges, Peter Rowlands, added: “This is a quite extraordinary shot which must be viewed as large as possible. The artistic skill is in visualising such an image, and the photographic talent is in achieving it.” 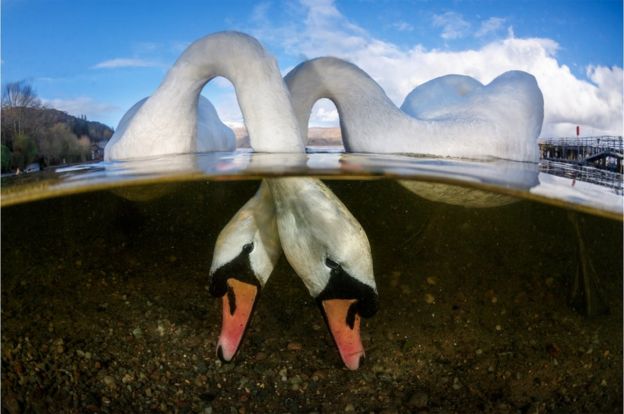 He admitted that the process was strenuous as he had to wait in the waters of the lake for the perfect shot. “The swans were searching for food. I just had to wait for that perfect moment of synchronicity,” Thomas’s said.

The competition had 11 categories, testing photographers with themes such as Macro, Wide Angle, Behaviour and Wreck Photography, as well as three categories for photos taken in British waters 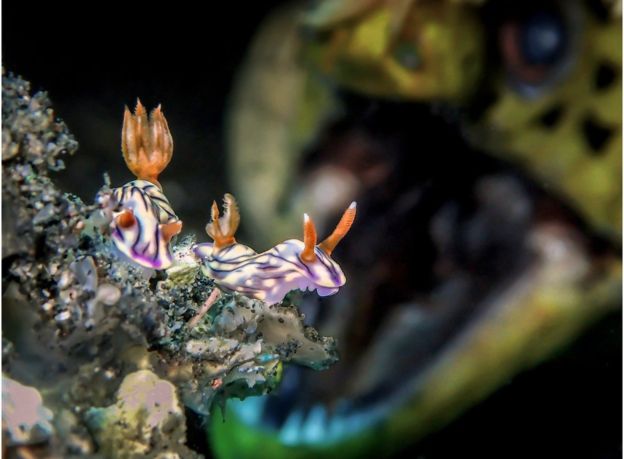 This spectacular photo of these pike was shot by Leicester-based Tony Stephenson at the popular scuba diving site, Stoney Cove 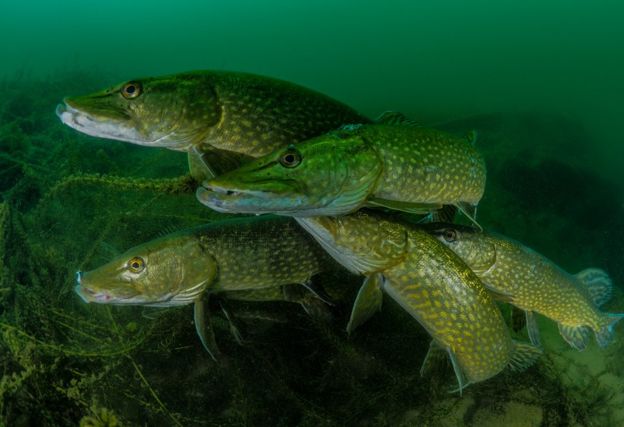 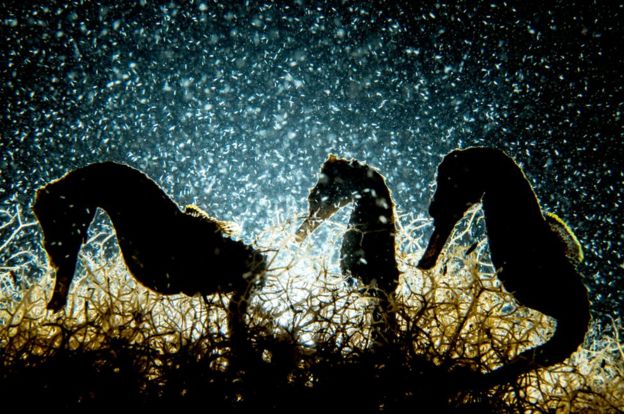 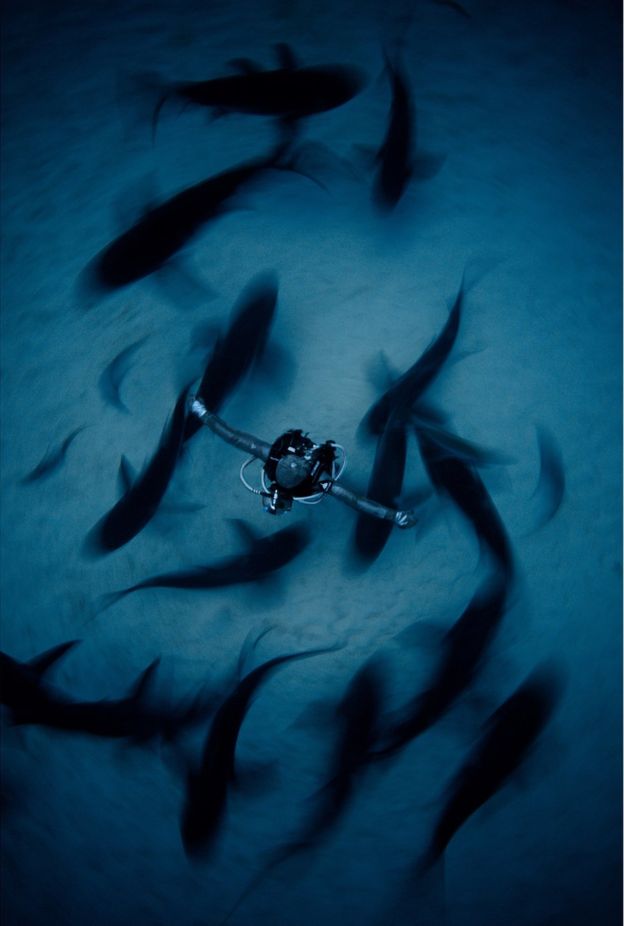 Although Songda Cai has had many encounters with eels, this is her favourite image of the creature, looking at her camera from inside its coiled body 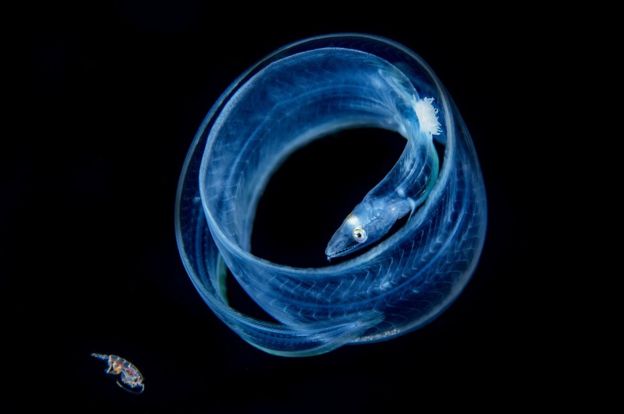 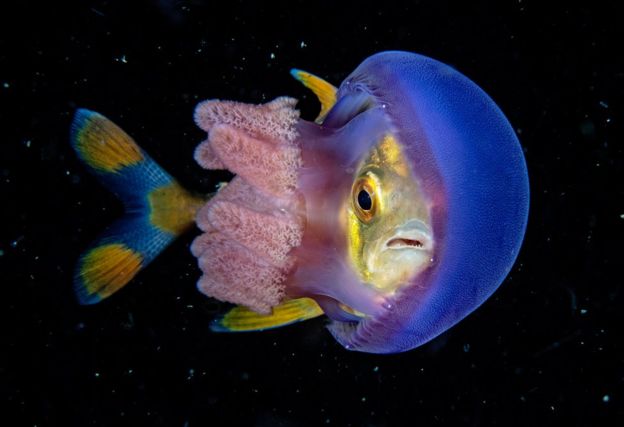 Filippo Borghi took two days to take this picture of a cormorant diving for fish in the Izu Peninsula, Tokyo. 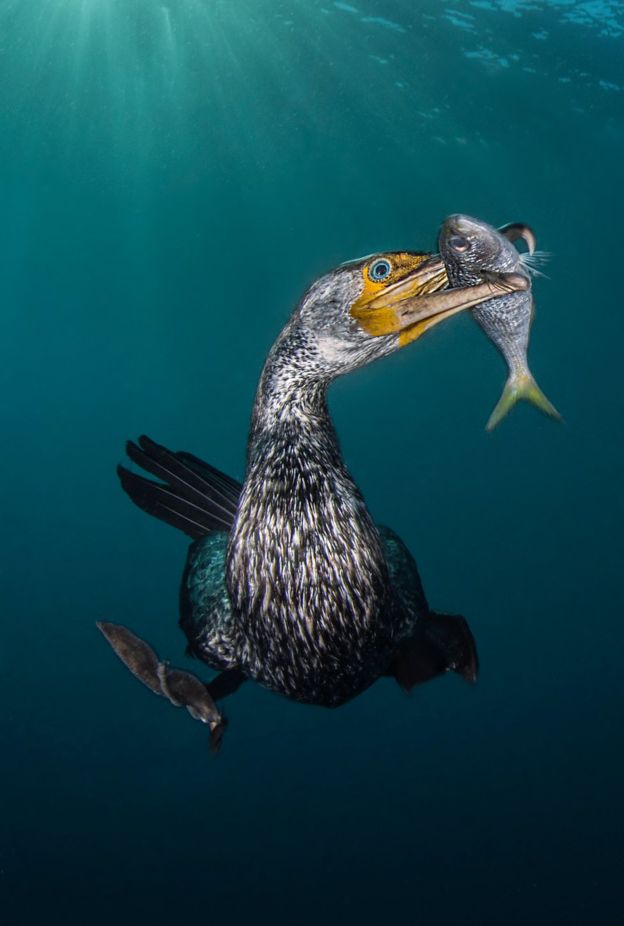 In order to take this impressive photograph, Tanya Houppermans swam on her back underneath this sand tiger shark and moved along with shark through the water 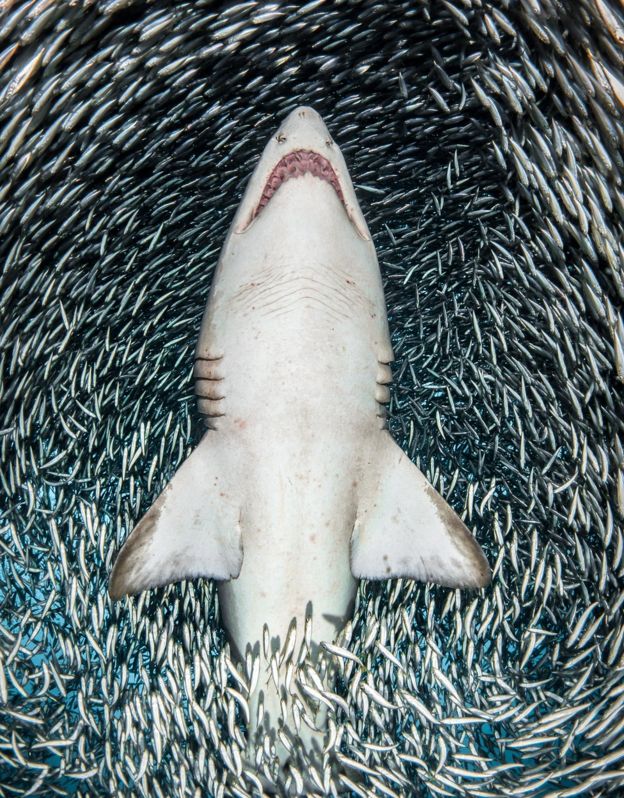 These humpback whales were swimming by the Haʻapai islands of Tonga when Simone Matucci and his wife were diving.

“It was the most wild and incredible thing I have probably witnessed in my entire life,” he says 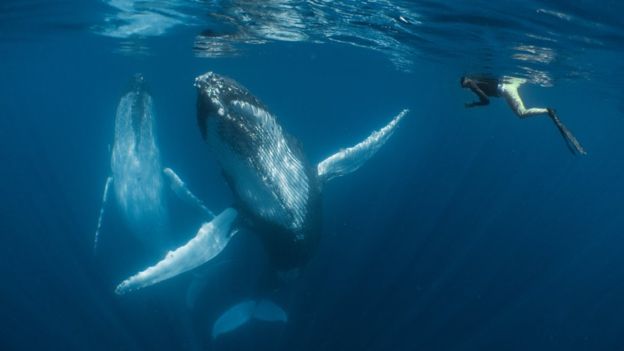 Borut Furlan shot seawater crocodiles in Cuba in the low evening sunlight, capturing their reflections in the still waters of the surface 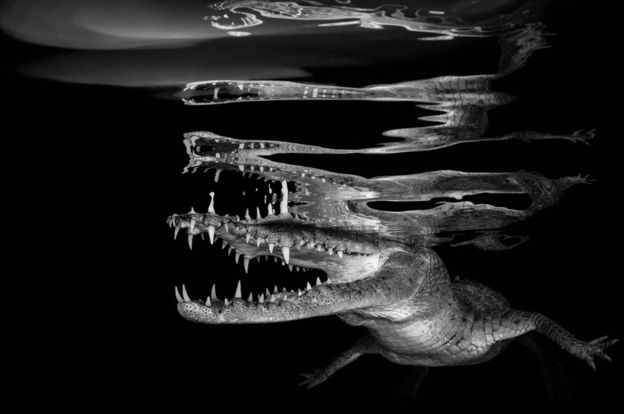