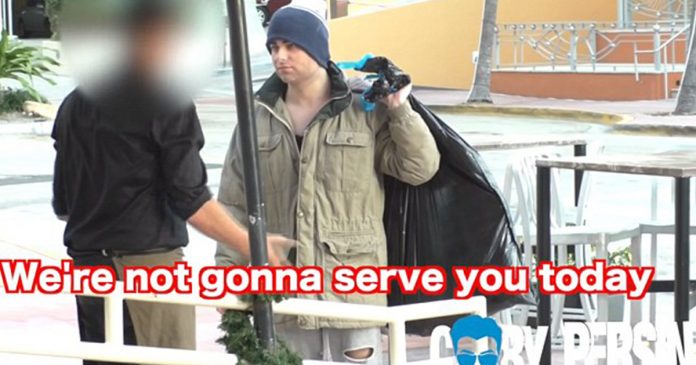 A staff member of a restaurant learned a life lesson in the most unexpected way after he turned a homeless man away in a rude manner and told him to leave because the homeless man could never afford to dine at the restaurant. Unfortunately for the staff, the homeless man then called up his friend after he failed to convince the staff that he had money. Just a moment later, the staff learned the truth in the hard way when he realised who the homeless man was.

This is exactly what happened to a restaurant staff when he turned away 23-year-old Coby Persin from entering the restaurant. Coby is a Youtube star who was in for an attempt to prove that appearances can always be deceiving. In his challenge, he pulled a social experiment to see whether or not he would be refused an entry to a restaurant in Florida when he dressed up as homeless.

In the three-minute video, Corby can be seen walking over to a restaurant in scruffy clothes and a large garbage bag in his hand before asking a staff member who was waiting by the entrance for a table for him and his friend, Ronaldo.

He also asked for a menu. “Hi, how are you? I would like to get a table for me and my friend Ronaldo – to see the menu maybe,” he says to the staff.

However, his request was turned down by the staff who spared no time and feelings to tell him that the restaurant would not serve the homeless. “I’m sorry. We’re not going to be able to do it, sir,” he says while blocking Coby’s access to the restaurant.

“This place is a little too expensive for you,” he further added.

Upon hearing the staff’s reply, Coby then asked him for a menu again. “Nope,” the staff replies bluntly.

“We can’t serve you, we’re not going to serve you today. I’m sorry about that” 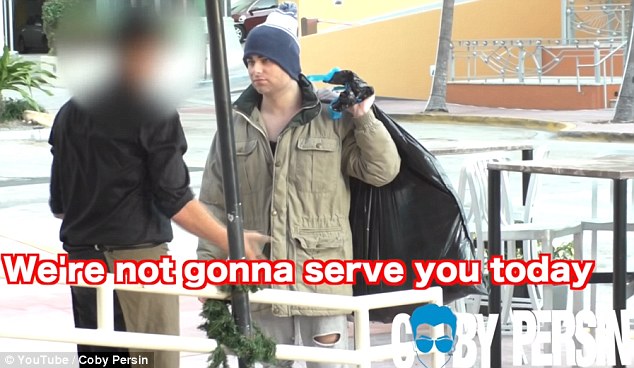 The staff keeps on rejecting Coby’s request although Coby tells him that he has a lot of money and even tells him to leave. “Can you please get away? Go eat at McDonald’s – some other options but not here,” the staff says to Coby.

By then, Coby pulls out his mobile phone and tries to dial his friend, Ronaldo but apparently, he is instantly told by the staff to get away from the restaurant’s entrance and make the call somewhere else 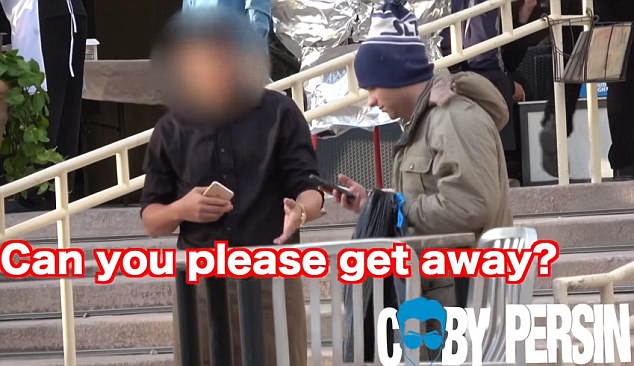 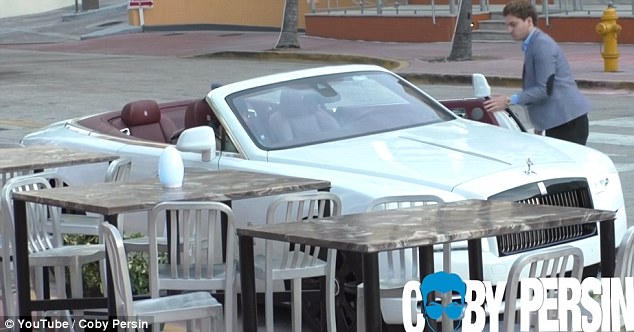 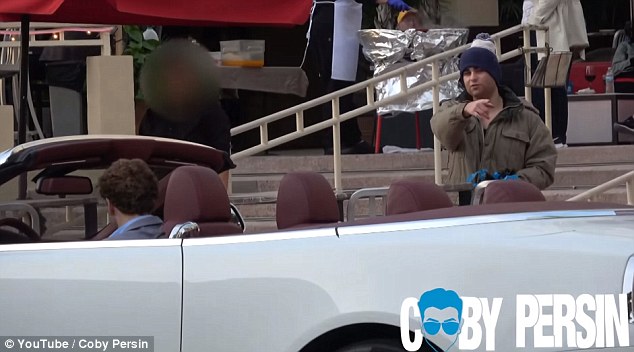 Well, even if the face of the staff is blurred in the video, we can certainly tell that he immediately gets flustered after the incident happens. The moral of the video is never judge people by their appearance. You never know the man whose shirt looks shabby might be a millionaire in disguise.

This little girl secretly came to grandma’s house and rang her...