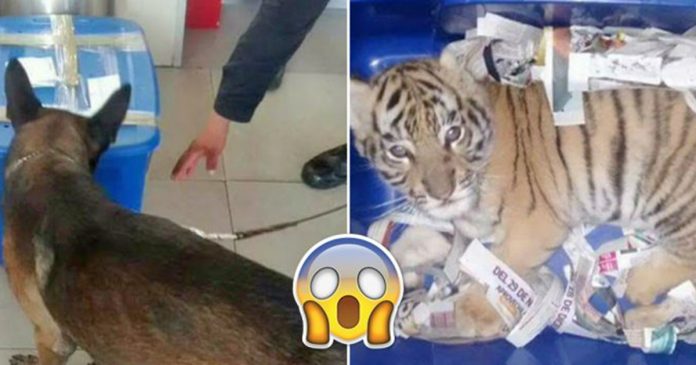 When the federal police were carrying out their usual routine check for illegal exported and imported goods at a post office, they never thought they would discover a Bengal tiger cub inside a plastic container.

Recently, a two-month-old tiger cub was discovered by federal police sniffer dogs when the police carried out their usual routine check at a post office in Tlaquepague city in the Mexican state of Jalisco 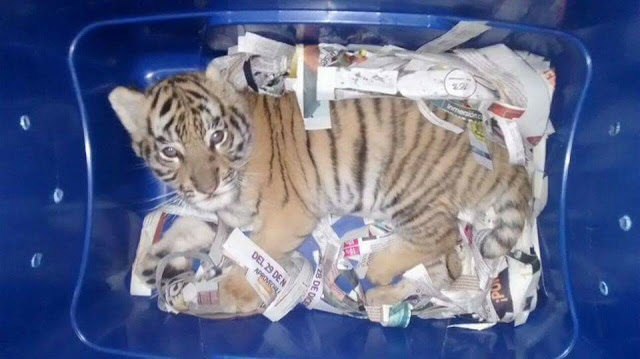 The dogs were sniffing through the boxes and parcels when they detected noises and movements inside the plastic container. 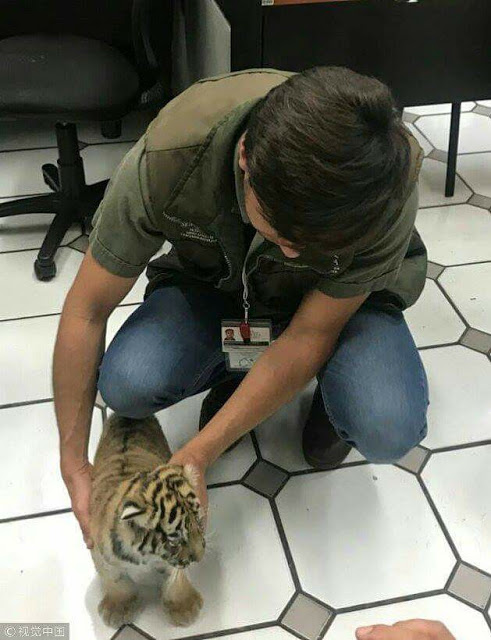 The tiger cub which had been sedated was found lying on newspaper with no food and water supplies. 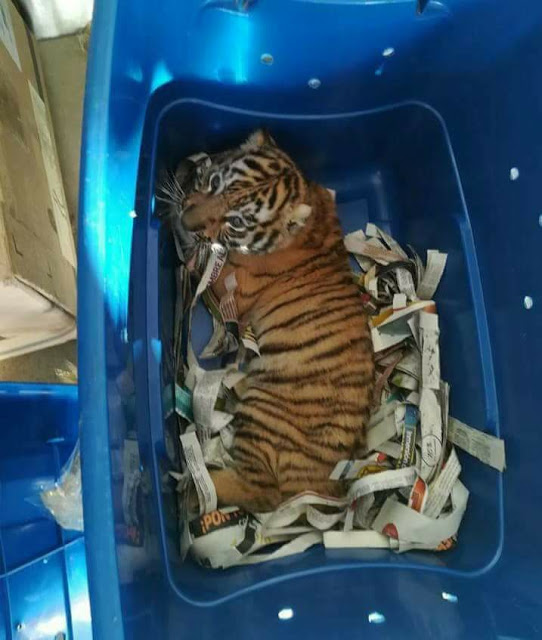 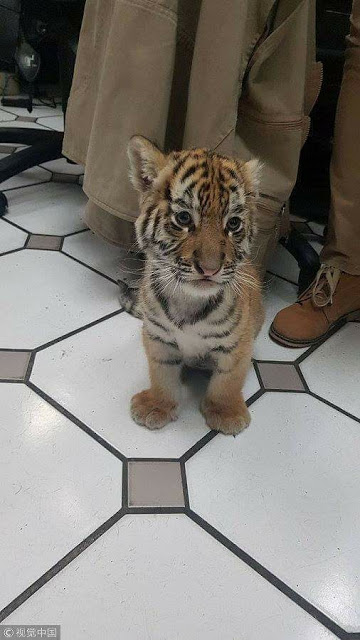 Apparently, the tiger cub was not the first contraband to be seized by the federal police. According to the authorities, the cub was the third endangered tiger discovered by the police that week.

Previously, a female Bengal tiger was found at a postal company in Oaxaca’s Xoxocotlan while an abandoned jaguar was found in a cage by the roadside in Chihuahua.