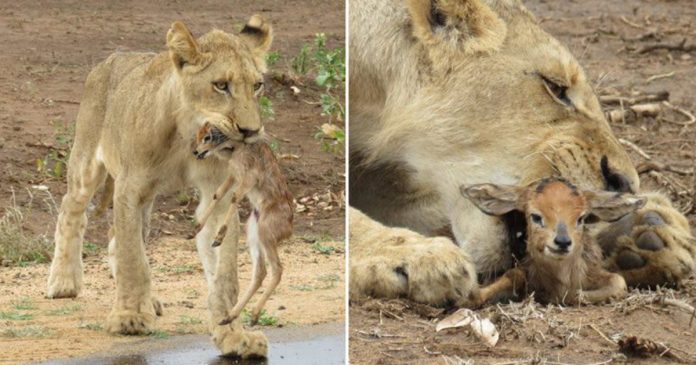 During a safari in South Africa, a couple spotted an incredibly tender moment in the animal kingdom and captured it on camera. Instead of devouring a newborn antelope calf, this lioness’s motherly instinct took over, and she protected and cared for it. 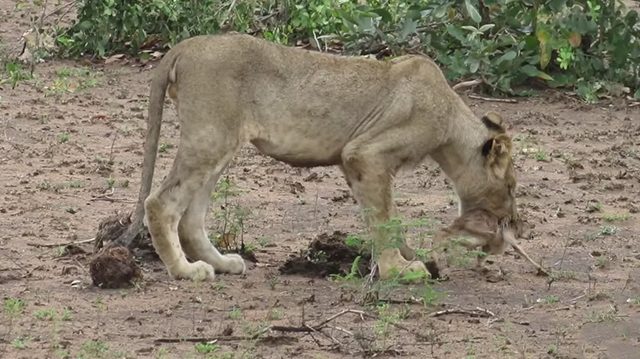 There are about 1,800 lions that live in that park

One day, while on a safari, they hadn’t spotted any lions the whole day until something extraordinary happened.

“I commented to my wife that I would love to know where they had all got to,” said Mitchley in a Liftable report.

When the lion came closer, they were shocked by what they saw. The lioness was not carrying a baby cub or food in her mouth; it was a baby antelope, alive and well—the female lion was carrying it like one of her own!

“We visit the Kruger often but this was a rare sighting for both of us,” said Mitchley, a deputy head teacher.

“That’s why the Kruger National Park is the best place on Earth, you never know what lies in wait around the following bend”


As they observed the curious, yet heartwarming situation, they noticed white-backed vultures, hooded vultures, and marabou storks nearby, apparently waiting to snatch the newborn baby calf

In the video taken by Mitchley, we can see the lioness mother licking the baby antelope, protecting it, while paying close attention to the nearby predators.

A scene like this doesn’t happen every day! Indeed, lions have a reputation for being fierce kings of the jungle, and they’re also at the top of the food chain. So, it defies expectation for a lioness to show her tender side to an animal normally regarded as dinner.

Although we know most living creatures that raise their offspring have a parental instinct and an affinity for benevolence, it seems that such a bond of affection is one that transcends species.

On the other hand, you may be wondering what one Facebook netizen, Je Dzo, asked: “Did they end up killing it?” 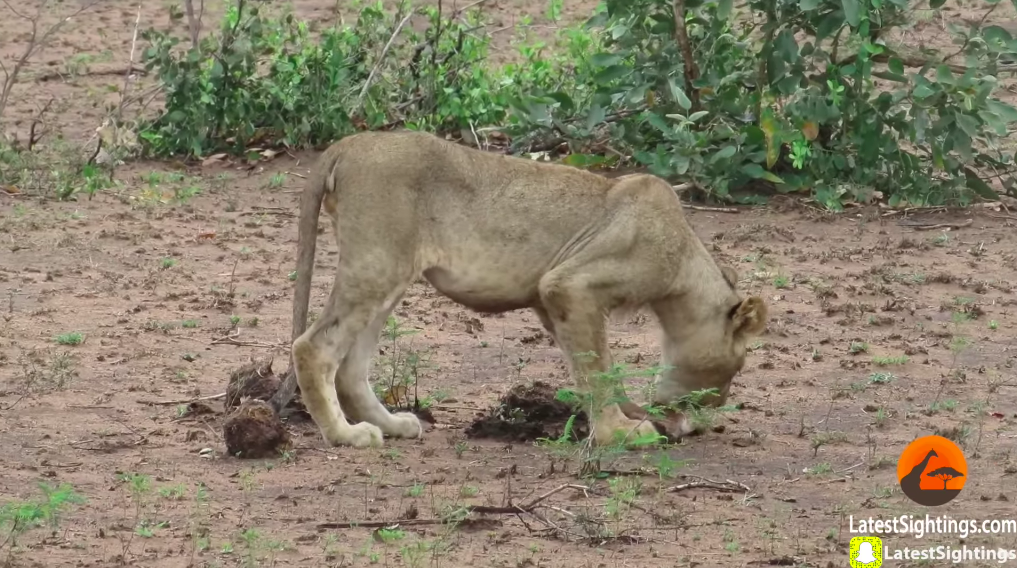 And to that, Mitchley responded: “We lost visual when the lion took it down into the riverbed.”