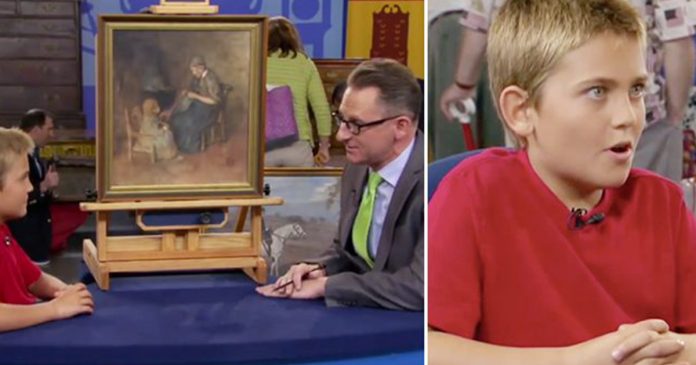 This boy is one of the youngest collectors to appear on Antiques Roadshow. He brought along a painting he purchased for $2. Of course, the look on his face when he discovered the real value was too precious!

Antiques Roadshow is a television show where appraisers travel to different cities and appraise art, furniture, or jewelry brought in by local people. It first aired in Britain in 1979 and is still running today. The show has grown so popular that other TV formats were introduced in Australia, Canada, Finland, Germany, Sweden, and the United States.

The U.S. version of Antiques Roadshow premiered in 1997 and follows a similar format where the experts travel from city to city.

In 2014, the show went to Richmond, where a young boy met David Weiss, who specializes in paintings, prints, sculpture, and Oriental rugs 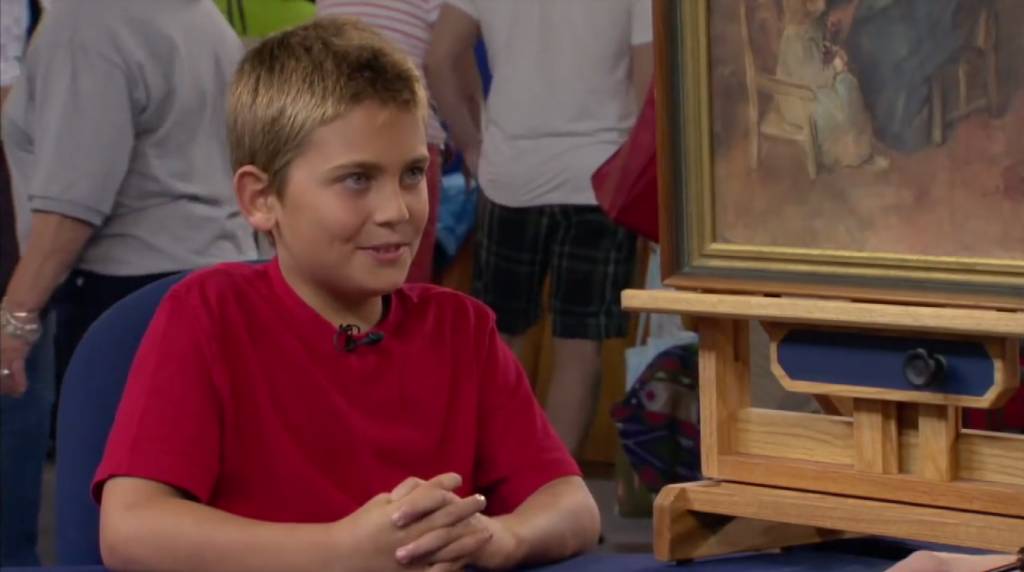 The boy is a collector of glass, sterling silver, and art. He mostly finds the items at a local auction house in his town and then sells them online.

Weiss seemed impressed with how the boy buys and sells silver, keeping a watchful eye on market prices 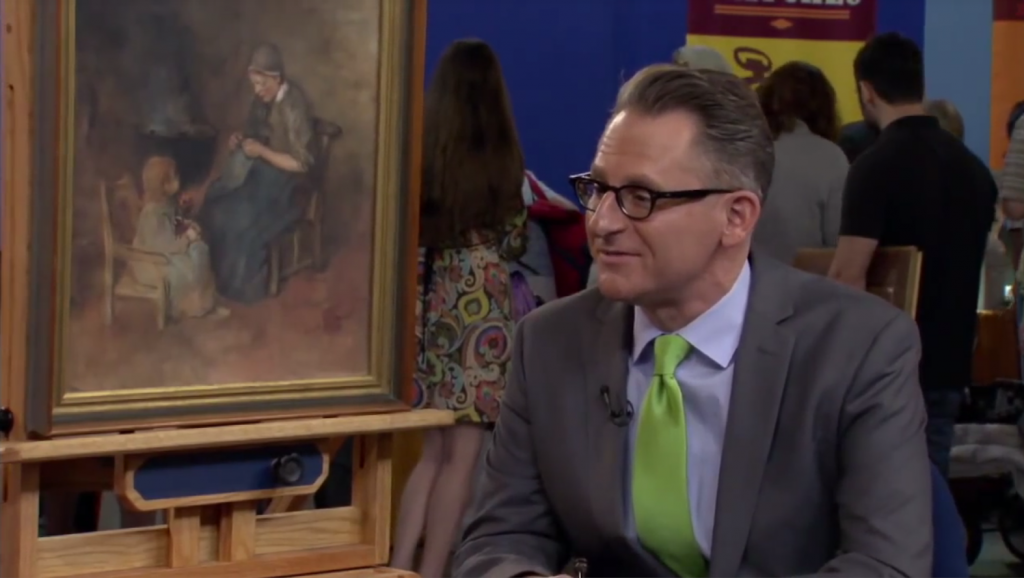 Then Weiss asked the boy about the painting he brought with him that day.

“This piece was found at an auction down in South Jersey,” the boy said. “It was so hot there my dad didn’t want to stay to get it, but I wanted to. So we waited an hour or so. We got it for $2.”

“I thought it was a watercolor, but we couldn’t tell because of the UV glass,” he added.

Weiss then turned his attention to the signature on the painting 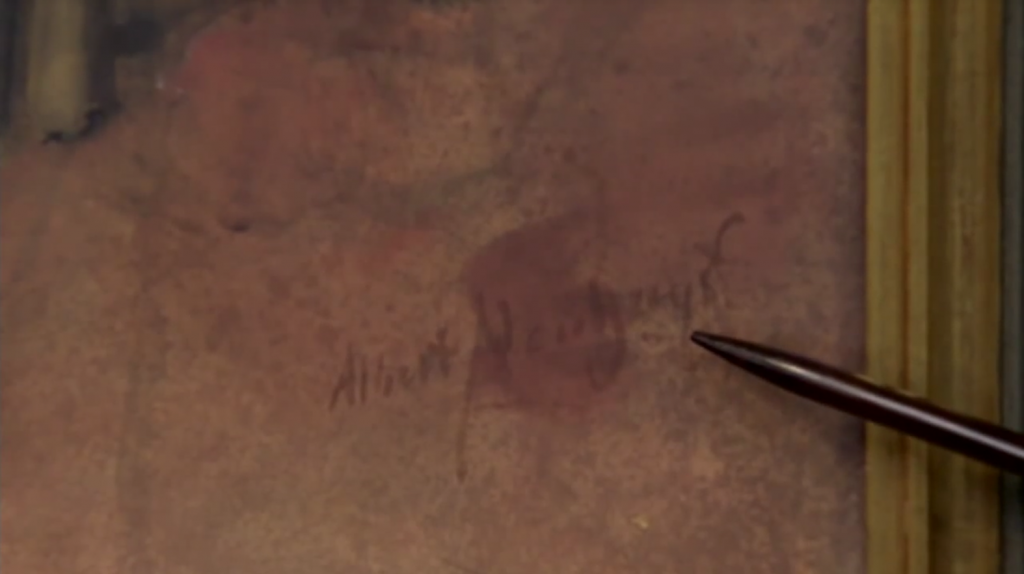 “I only know Albert,” the boy said about the legibility of the signature.

“Albert is the first part of the name,” Weiss shared. “And this part, is Neuhuys.”

Albert Neuhuys was a Dutch painter born in 1844 and died in 1914. Looking at the boy’s painting, Weiss believes it was painted in the last quarter of the 19th century.

Neuhuys, along with many other Dutch painters, often painted scenes of a mother with a child or two children depicting everyday family life.

After sharing some background about the painter, Weiss asked the boy what he thought his painting was worth 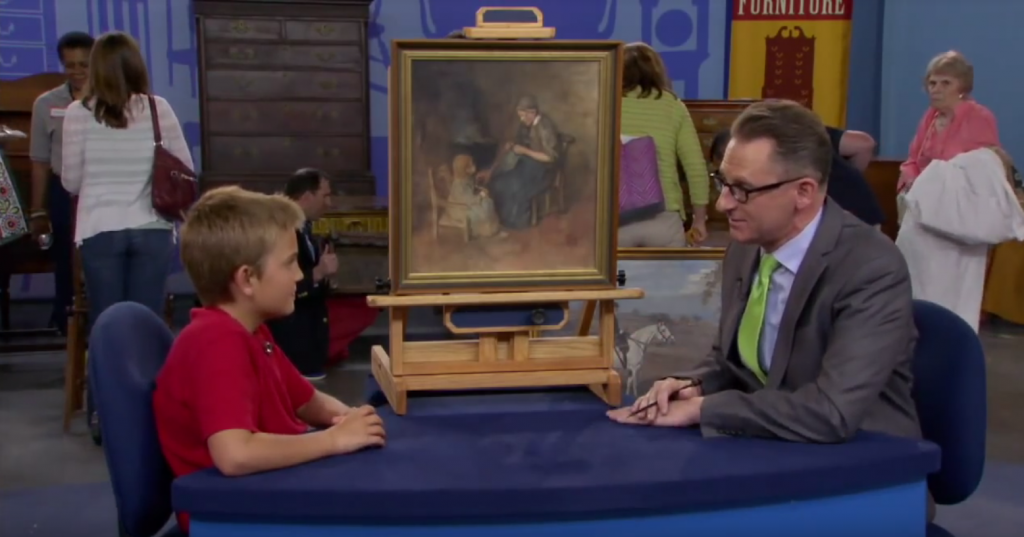 “A hundred and fifty bucks,” the boy replied.

Well, Weiss told him it was definitely worth that amount and a bit more. If the painting were put up for auction today, Weiss estimated the selling price between $1,000 to $1,500.

The boy’s eyes lit up in disbelief.

“Whoa!” he said, and then gestured an explosion coming from his right ear 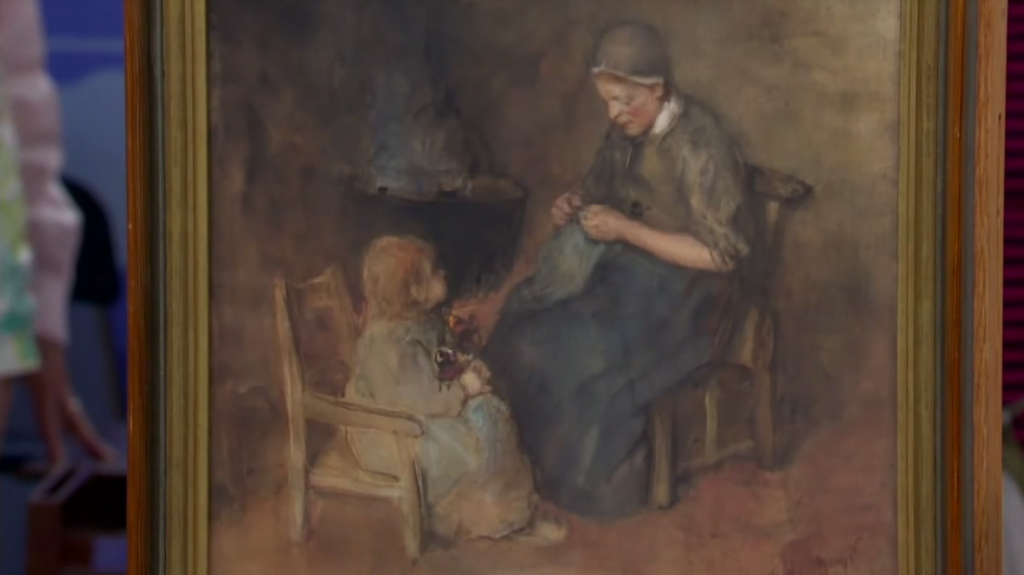 “Not bad for $2,” Weiss told the boy. “So, I think you got a great career going as an art dealer. You should keep at it.”

“I think I’m gonna be rich,” the boy said with a huge smile.

Well, considering his $2 investment already returned almost a thousand times over, he’s off to a great start.

Watch the video to see the young boy’s priceless reaction: