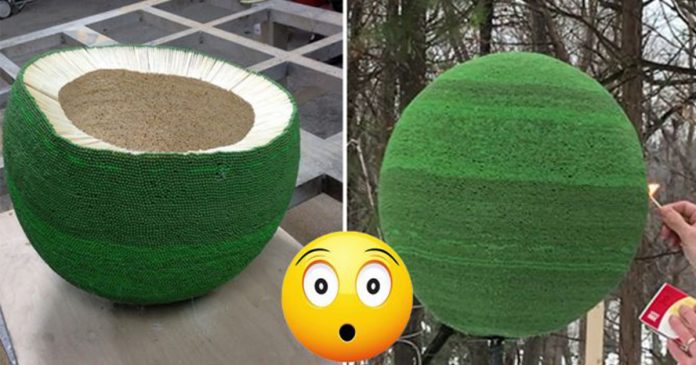 How often do you come up with interesting ideas and decided to turn them into reality? Well, this man from New York apparently decided to let his fascinating idea remained an idea so he turned it into a reality and the result is incredible!

Wallace was just playing around with matches when suddenly a thought about gluing them together crossed his mind.

Fast forward a year later, he ended up with a sphere made up of 42,000 matches! 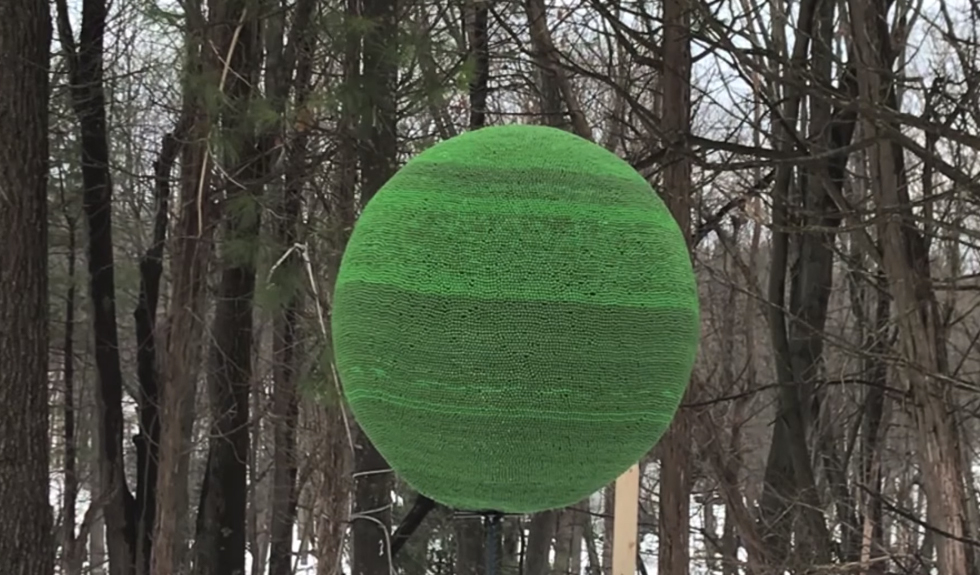 “I was playing around with matches one day and thought about how the heads of matches are slightly larger than the bodies. It got me wondering what would happen if I started gluing them together and never stopped. I imagined a sphere would form so I set out to find out” 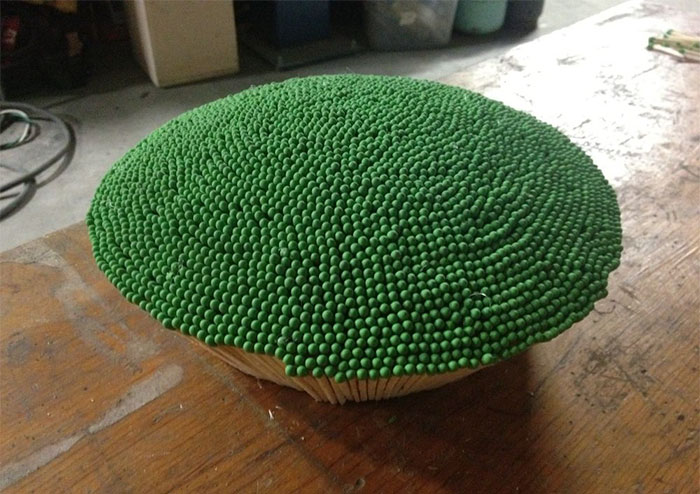 “As I started the project I was very interested in trying to figure out approximately how many matches I would need. I was buying them in boxes of 300 from my grocery store (I am sure they thought I was crazy) and needed to know if I was about to break the bank. I started playing around in the modeling software Rhino to get a sense of what this match sphere would ultimately become.”

According to him, the gluing process was painstakingly delicate that it took 10 months for him to complete it.

“It took about ten months and I think the cost was around $500,” Wallace said 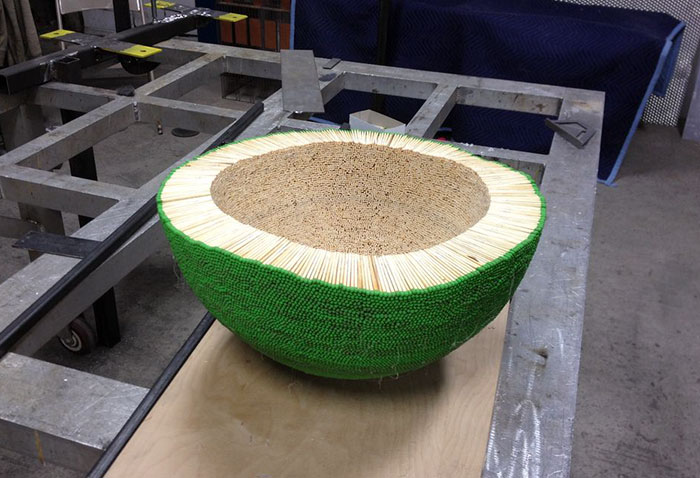 “Then the gluing began! I think the best way to describe this process is to articulate my mental and emotional state while gluing matches together for hours upon hours. This photo was taken at a time of excitement and optimism. My theory was working and the curvature of the sphere was beginning to take shape!”

“This photo marks a turning point in my euphoria to a strong understanding of just how much time, energy, and matches were going to go into this sphere. The shape was coming out nicely but it was taking a long time just to get a single layer of matches glued on. I was adding them in a circle that just kept growing and growing and yet not growing nearly as quickly as I would have liked” 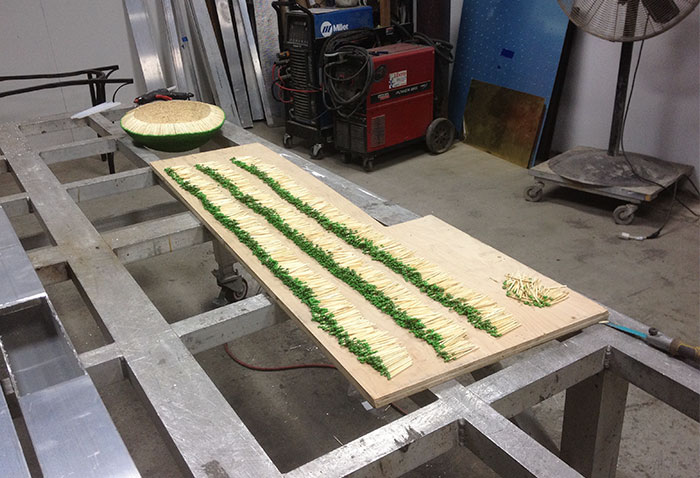 There were hundreds of boxes of matches needed to complete this sphere. 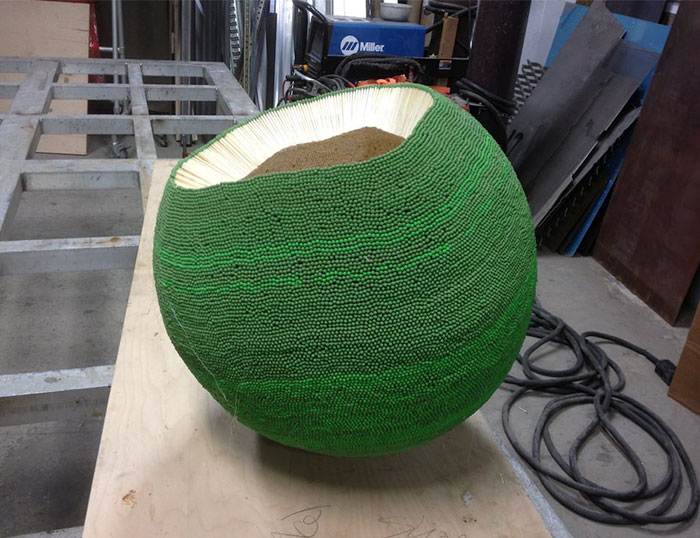 “The middle was a depressing time but I kept going! And it kept growing! And it started to look less like a sphere and more like a child’s approximation of a sphere” 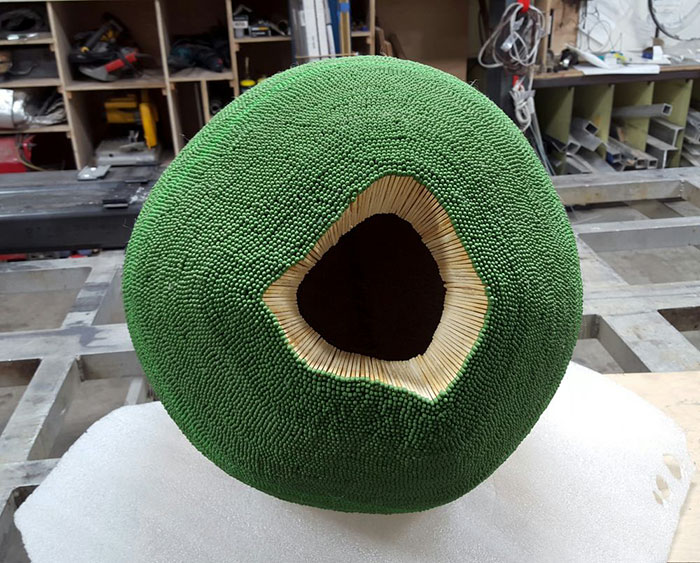 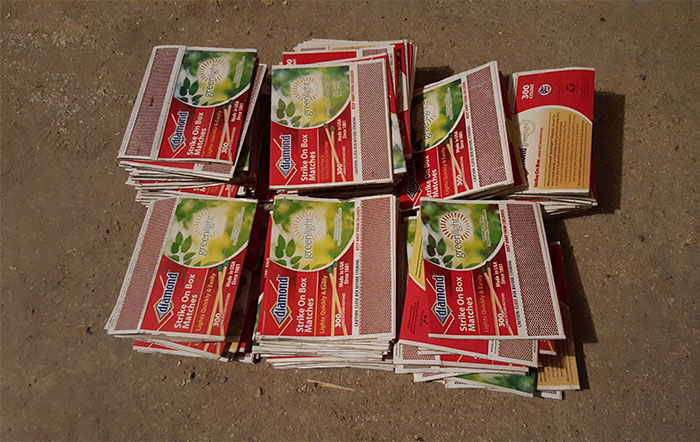 At first, he did not think about burning the sphere but then he was curious to know how it would look like if he burned it so he did! 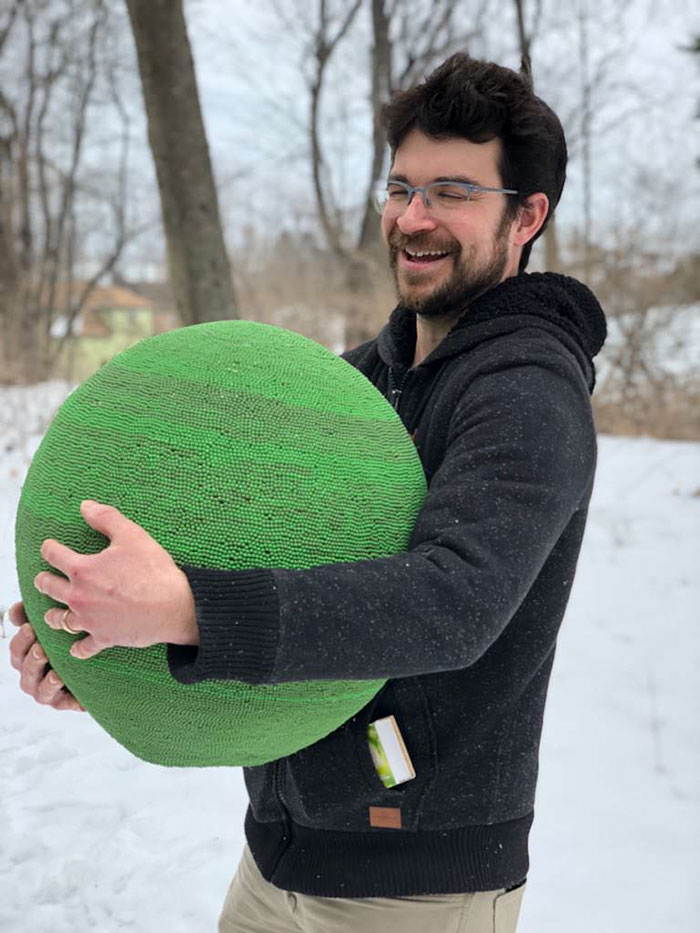 “Totally worth it!” Wallace said 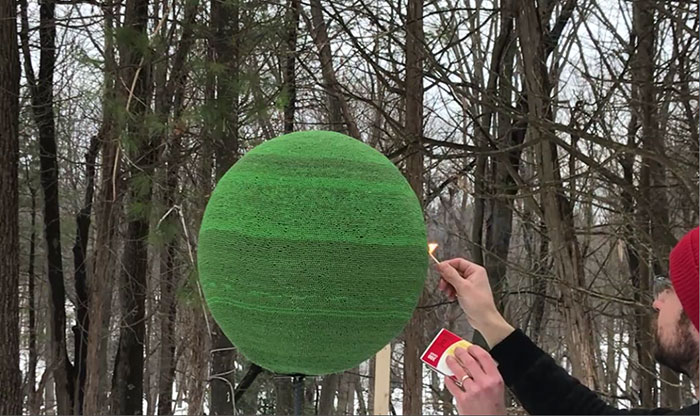 Watch the video below to see how this sphere made up of 42,000 matches burned up