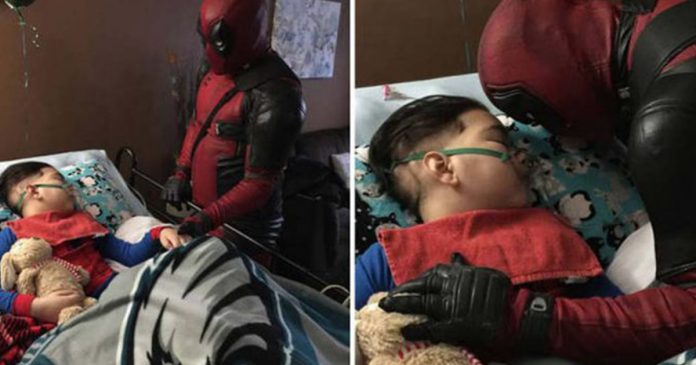 Cosplay, which a contraction of the words costume and play, is a hobby where individuals decide to dress themselves up to represent a specific fictional or non-fictional character. Some cosplayers take this very seriously and spend large amounts of money and time to perfect their costumes for conventions, events, photo shoots and so on.

There are also a few cosplayers who decide to dress up as characters and visit children who are less fortunate in order to try and get their spirits up. Recently, a male cosplayer dressed up as the Marvel antihero Deadpool, paid a visit to a child suffering from a terminal illness.

The visit had left a profound impact on the cosplayer 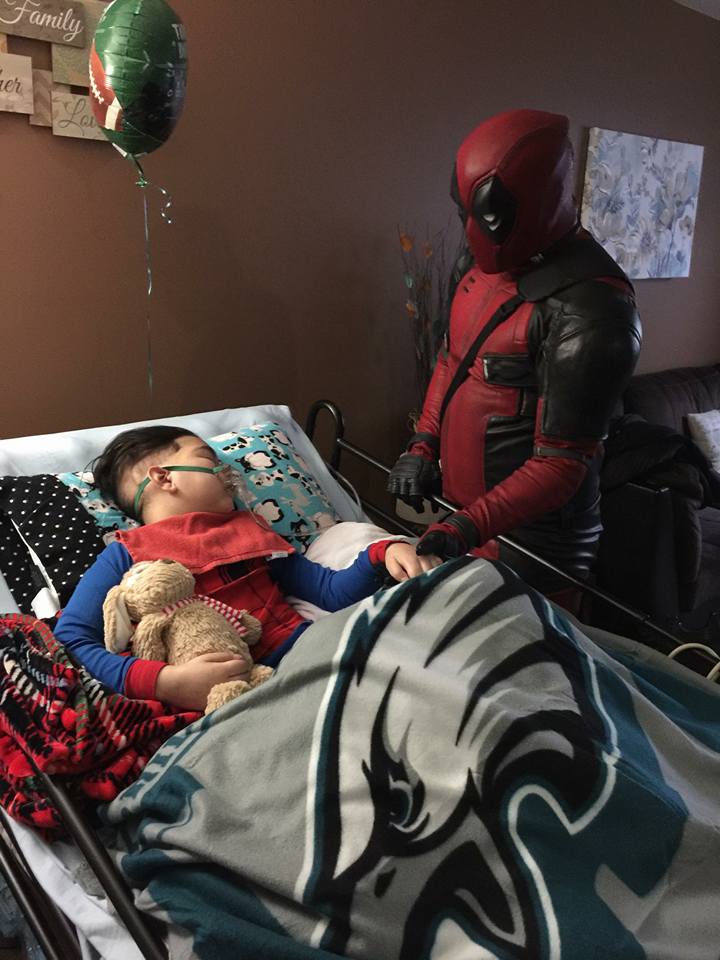 He started off by saying:

It was Monday morning when Amy, one of my fundraiser contacts, was frantically leaving messages to call her immediately. So I did. I was barely awake when I called her, and she began to tell me about Tony. An eleven year old boy with brain cancer. His family was planning an event for him Saturday, when he suddenly took a turn for the worse. So badly, they weren’t expecting him to live until Saturday.

He was told that Tony’s favorite characters are Spiderman and Deadpool. The cosplayer was the head of a non-profit organization called Cosplayers Care and was asked to make a special appearance for the boy.

I was being asked to make an appearance. Because of his life expectancy, they wanted us over Tuesday, at 7:30 am. Aaron, my Spider-Man wasn’t available in such short notice. So I made it my mission to go over there. Alone if need be. 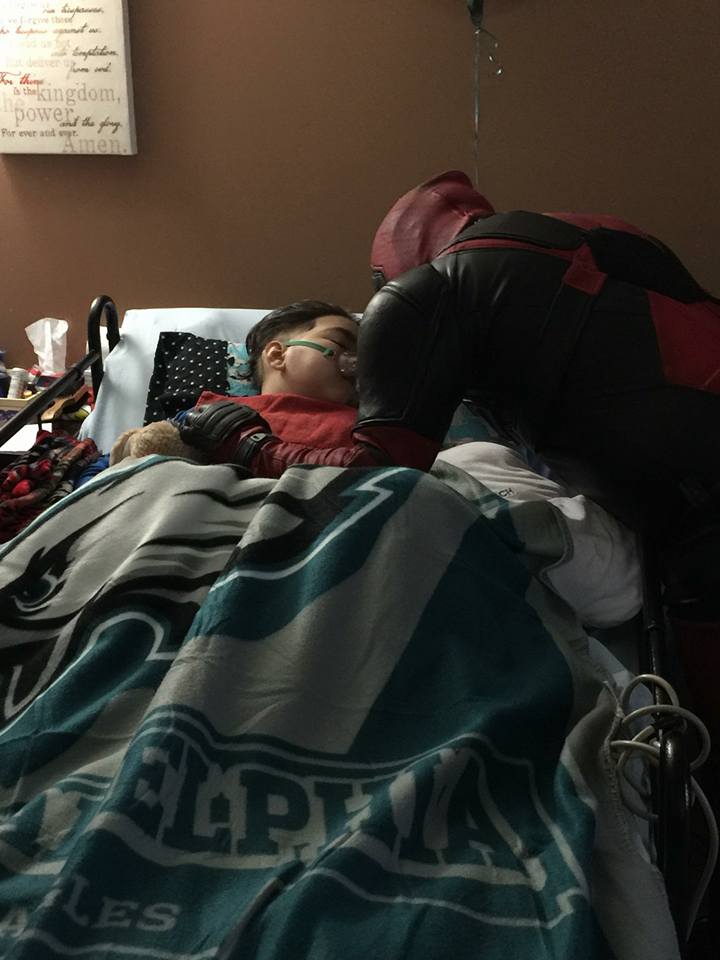 He arrived at Tony’s apartment and it became clear to him that they were not financially well to do, as almost all of their savings had been poured into trying to keep Tony alive.

He then made his way into one of the rooms to change into the Deadpool suit then promptly made his way to Tony’s bedside to try and make contact. It was then that he was told by a nurse that Tony can no longer move or speak because of the cancer. 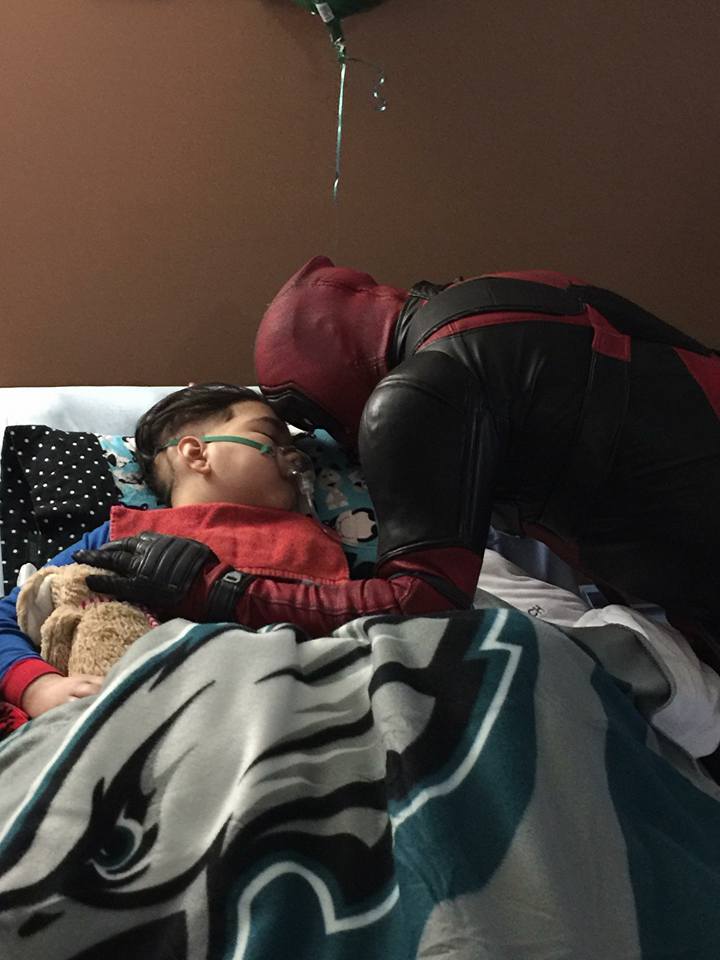 The cosplayer managed to utter a few words while Tony seemed to be conscious. He says in his post:

He was on a respirator and being fed through a tube. He looked lifeless, and I had to stare at his chest just to see if he was even breathing.
Then for a moment…just a brief moment…his eyes barely opened up, and he looked directly into my eyes. I held him tight, and put my head to his, and I told him how strong he was, and how brave he was.

He told Tony how strong and brave he was before leaving 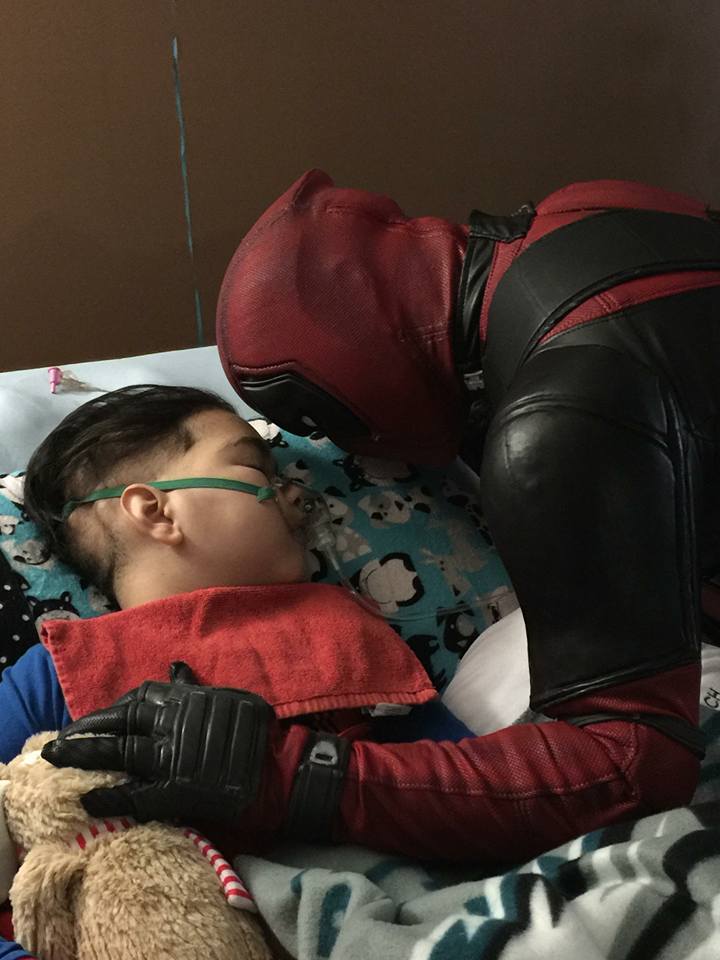 His post has garnered so much support and admiration for what he does. There were almost a thousand people who commented words of support and thanks directed at the cosplayer. The Facebook post has also been shared over 7,500 times.