Imagine going on a trip and having a blast on your vacation but to return home with an inexplicable pain throughout your body. To make it worse, the doctor could not find out the reason and you have to live with the unknown, excruciating pain every day for years. And it all happens after you went for a vacation.

Unfortunately, that was what happened to 17-year-old Australian girl, Carly Goff. 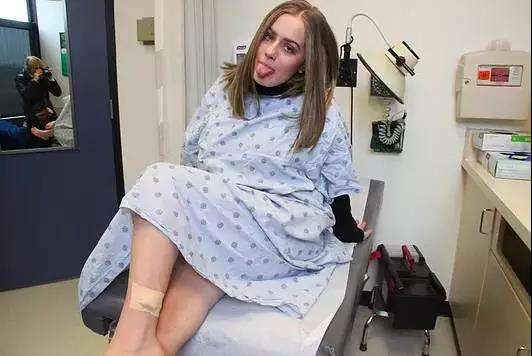 Over the past six years, she lived in complete agony due to an unknown reason. She felt extreme pain throughout her body but the doctor could not find the cause.

Back to the story six years ago, Carly traveled to Fiji with her family. She had a fun time during the vacation with her family. They went fishing, diving, swimming, and just enjoying their time but they did not expect that this would be the beginning of Carly’s nightmare. After the holiday, she returned to Australia and soon, she caught a fever and she began to vomit. It was painful around her stomach so Carly’s mother quickly sent her daughter to the emergency department. 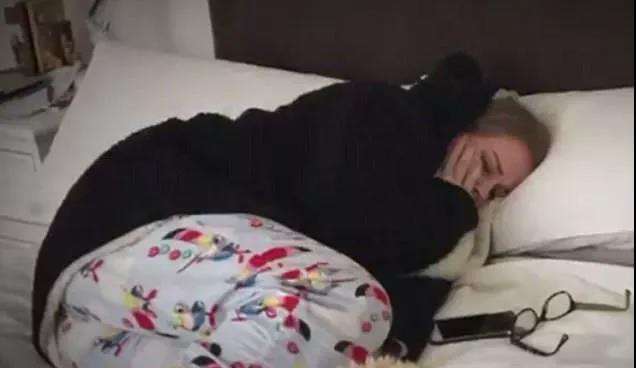 After a series of routine physical examination and blood test, the doctor could not find the cause of the girl’s pain. Carly was then asked to go home and she was just given painkillers.

However, Carly’s pain did not get better. She wrote in her diary: “I was so sick and I was in so much pain, burning feet, burning face, almost like an acid-like burning.” 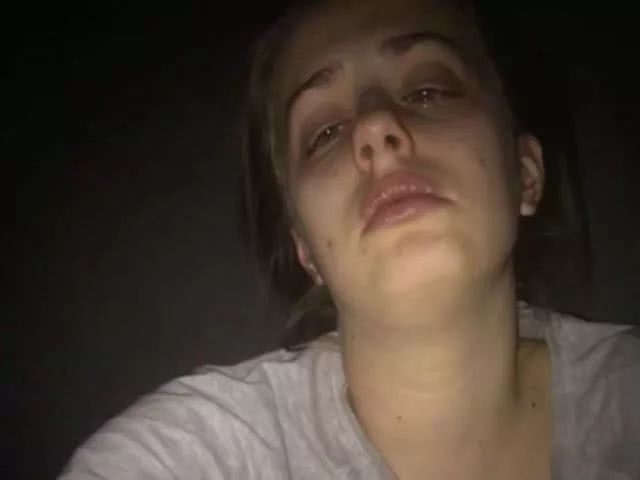 Months after returning to Australia from Fiji, Carly had gone to the emergency departments several times but the doctor could only give her painkillers to help alleviate the pain.

Months turned into years but Carly was still suffering. Her family then began to seek medical help from overseas.

In an attempt to find out the cause of her stomach pain, Carly and her mother went to the United States to undergo a biopsy. However, to their disappointment, her condition did not improve and the cause of her pain remained unknown. 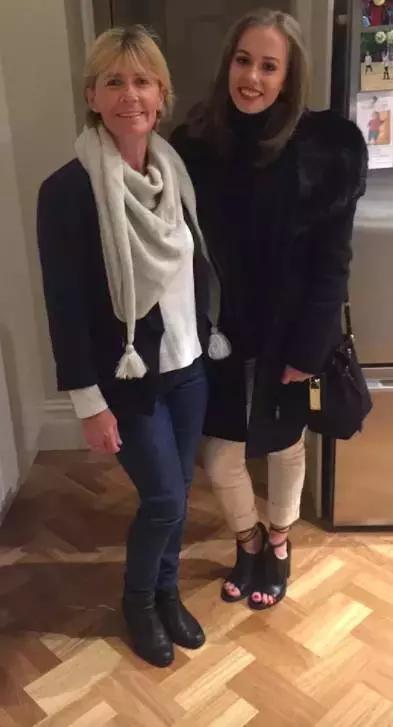 Sometimes in the middle of the night, Carly woke up due to the pain but crying and complaining were useless. Her pain only became worse.

Carly wrote in his diary: “My muscles seemed to be torn apart and sometimes I feel that my muscles are twisted together. It is really a torture, and I think I cannot hold it anymore.” 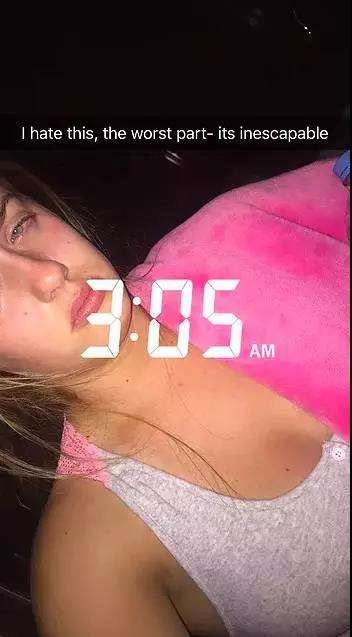 From optimistic to frustrated, Carly was particularly depressed with her deteriorating health. She had to give up her favorite sport and often had to rest at home. 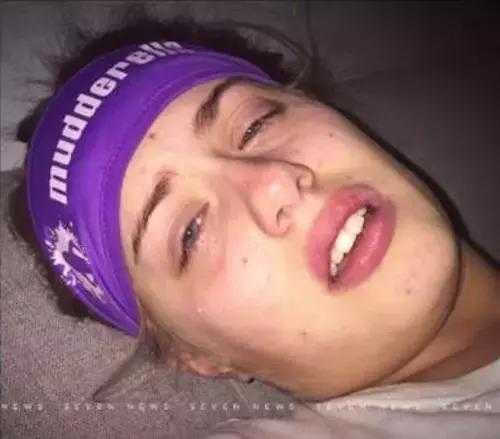 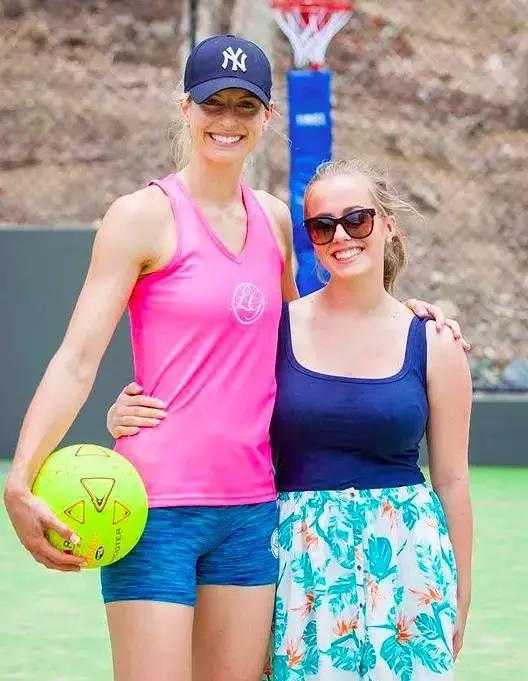 Until July last year, Carly’s doctors informed her that they had received her biopsy report and discovered a shocking result. Apparently, Carly had contracted parasite called Gnathostomiasis, a condition where a flesh-eating parasite lived inside her body 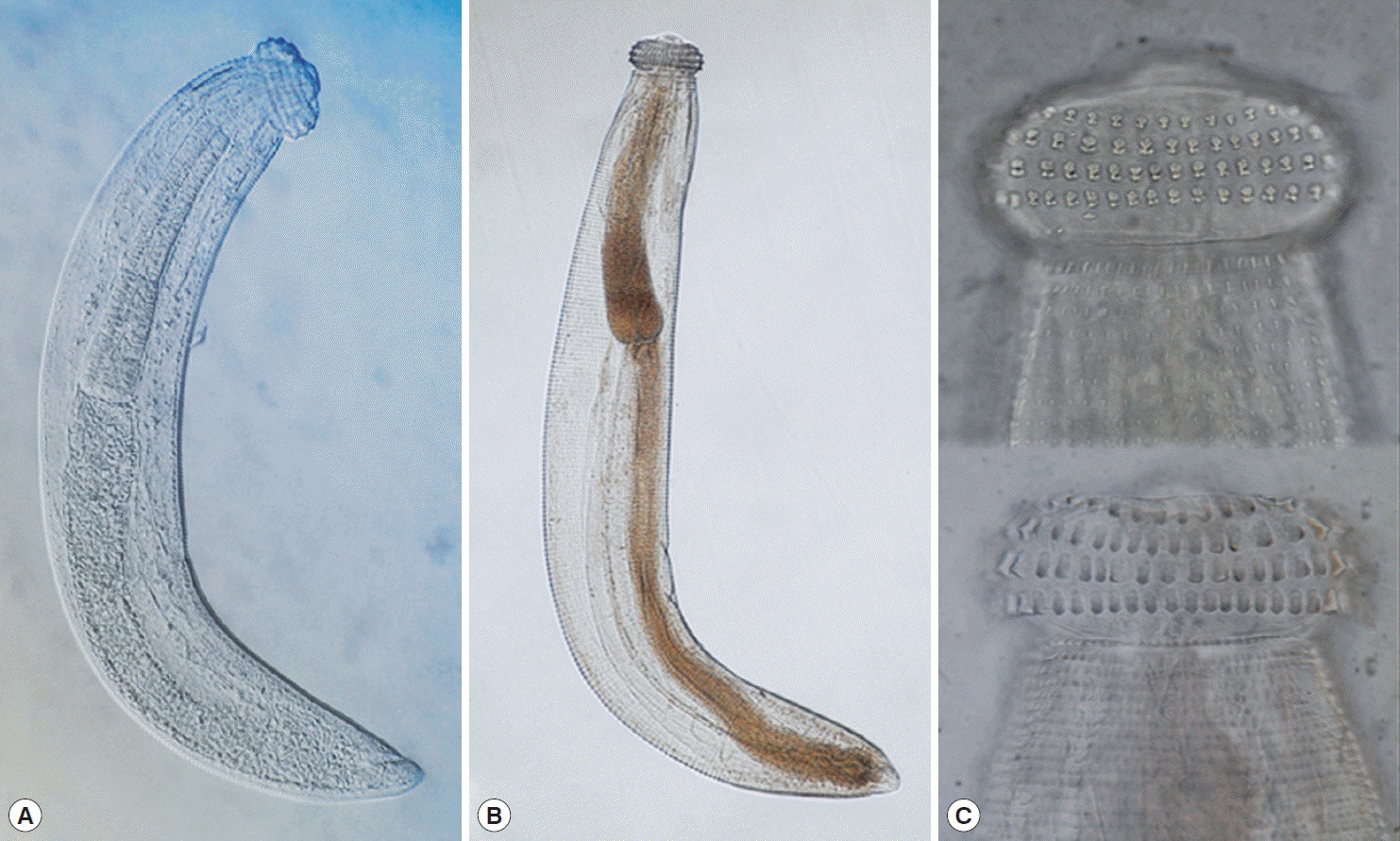 “It’s like a worm kind of thing, it has teeth and moves around by chewing through the tissues and muscles and destroys everywhere it goes,” Carly said about the gnathostomiasis According to Royal North Shore Hospital’s Dr. Bernard Hudson, the parasite could be deadly if left untreated. “It can invade any organ system, through the lungs, brain, get into the bladder, liver, anywhere,” he said

The parasite can be contracted from undercooked fresh water fish, chicken, reptiles, eel and frogs, and is most commonly found in southeast Asia, Central and South America, and parts of Africa. 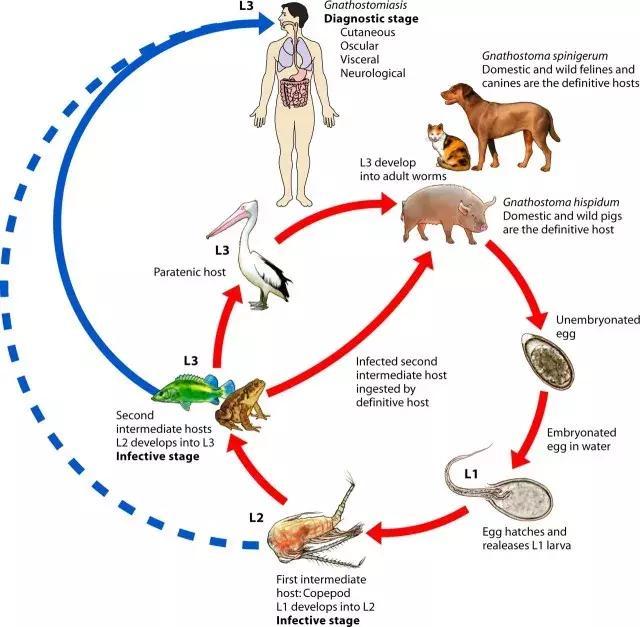 After seeing the diagnosis, Carly and her parents started to remember their trip to Fiji six years ago to which she recalled eating an undercooked fish. The fish was most likely had been contaminated with the flesh-eating parasite, Gnathostomiasis.

According to Carly’s doctor, over 50 people have been diagnosed with Gnathostomiasis in the hospital over the past 20 years. While others recovered soon after treatment, others are less fortunate. 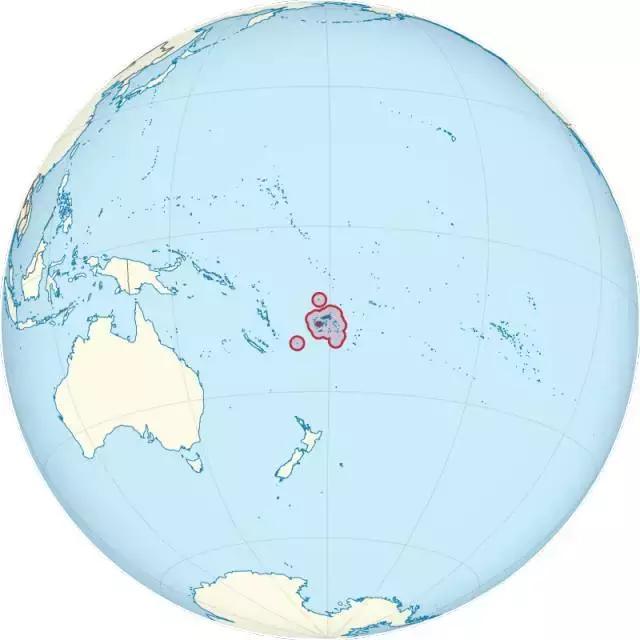 In order to make people aware of the danger of this parasite, Carly decided to share the story to remind the public: “If you go to the island, be sure to be careful about their food and drink. Avoid raw and uncooked food, do not repeat my mistakes.” 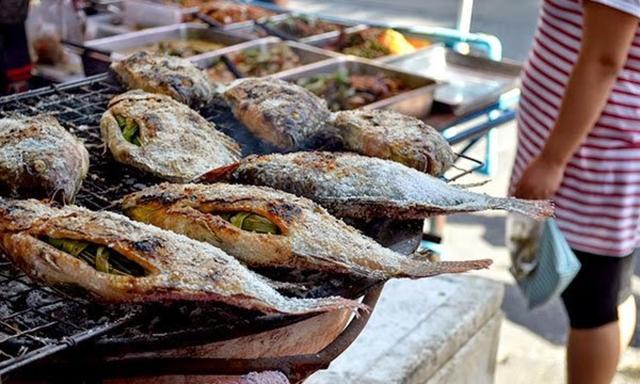 After the diagnosis, Carly was treated with a worm tablet which worked to starve the parasite.

We hope that she is recovering well after six years being in pain. Also, you may want to be cautious when eating raw food. Make sure that the food is prepared in a hygienic way and never cross-contaminate poultry with fish. 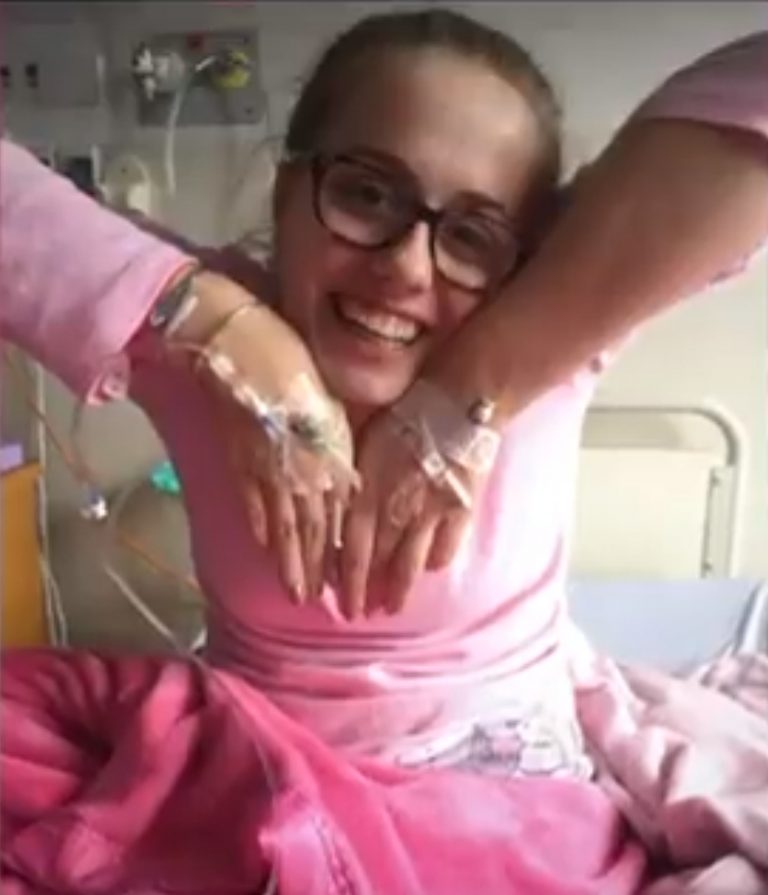 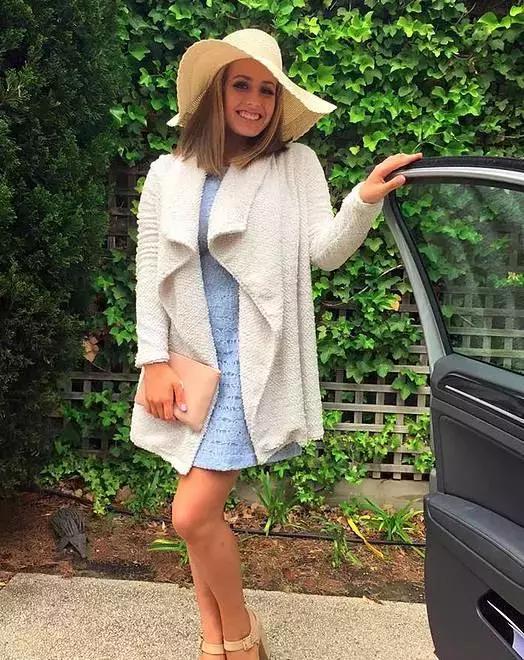 If you find this article informative and beneficial, why not share it with your friends and families on Facebook to warn them against the dangers of eating under-cooked meat or fish?