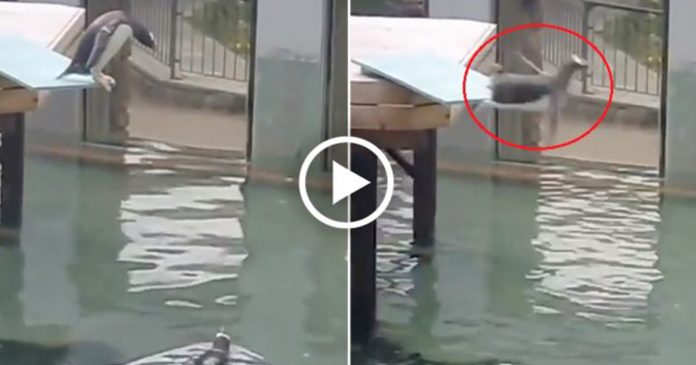 How many of you have watched the animation movie ‘Happy Feet’? Or if you haven’t watched it yet, you might be familiar with the popular cartoon ‘Pingu’! Penguins are long known for their super adorable walk as they waddle their way through to move from one place to another place.

Due to their short webbed feet and limited movements of their wings, penguins’ acts can be totally hilarious, especially when they are up to something. Just like in this video, this penguin seems to have a hard time to convince itself that it can dive into the water from the diving board.

First attempt…”Hmm…Looks like the pool is deeper than usual” 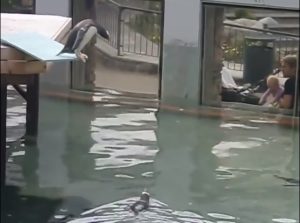 Second attempt…the penguin turns its back and returns to the back of the diving board. “I don’t think I can do this” 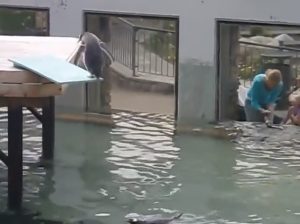 Nevermind, it tries to attempt for the third time. After all, they say third time’s a charm…”No! no! I still think that I can’t jump from this board!” 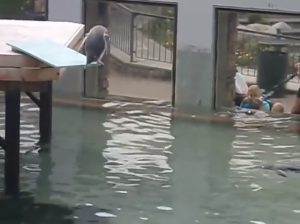 “How do I jump off the board? The audience has been waiting for my performance…”

This time, the penguin searches for a confidence booster before attempting to jump off the board again 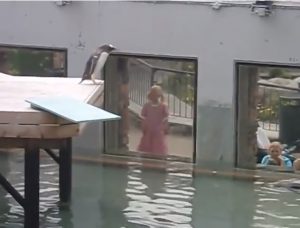 Finally! After several unsuccessful attempts to dive, the penguin finally dives into the water! Although it looks more like a slip than a jump… 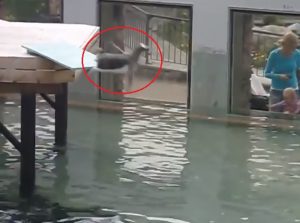 Looks like the penguin could bag an Olympic gold medal for its brave dive! Congratulations! 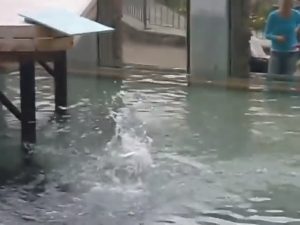