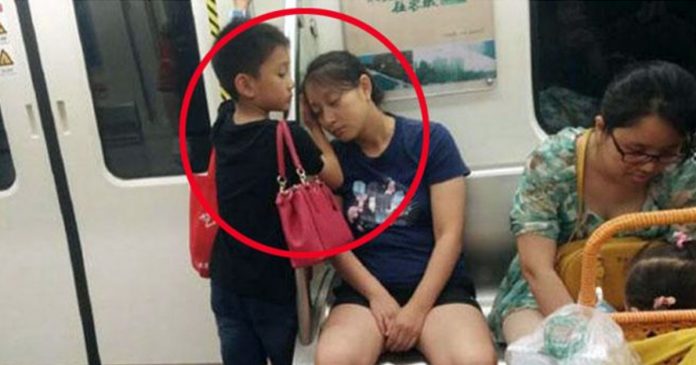 Children are blank slates and they need to be thought how to act in accordance with the social norms of our society. It is up to the parents to teach their children valuable lessons so they can grow up to be responsible and independent.

There are surprising times when children are shown to act more kind and humane than even adults without being told to do so. An excellent example of such an incident happened in Chengdu, China aboard the Chengdu Metro Line 2.

A boy was seen to have shown kindness and compassion for both his mother and a total stranger!

A fellow passenger who had witnessed the whole scene told Shanghaiist that the boy was initially sitting next to his mother on the train. He then got up and offered his seat to a lady with a stroller and proceeded to stand by his mother.

Seeing as his mother was exhausted, he held her pink handbag and offered her a hand, literally. He put his hand on the glass divider which acted as a makeshift pillow so his mother did not have to lean on the hard surface. 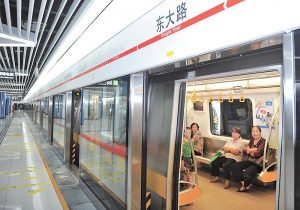 A picture of the heartwarming scene was captured and posted on a Chinese blogging site called Weibo and has since gone viral. The photo has been liked by over 180,000 people and received over 18,000 comments praising the child for his selflessness.

One user even wrote “Help me ask around about who this kid’s parents are. I want to go ahead and arrange for him to marry my future daughter.”

Children never cease to amaze and this act of compassion is just one of those moments that can revive our faith in humanity as a whole.