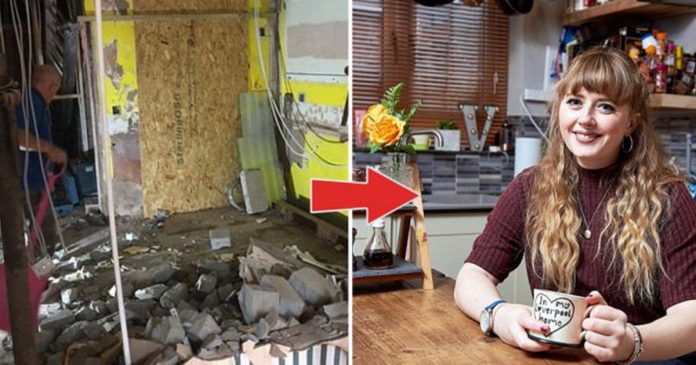 A university student who bought a rundown two-bedroom house at just £1 has transformed the house into a valuable property worth £70,000 in just two years.

Victoria was one of five lucky buyers who won a bid to buy the the bargain properties. As part of the deal, she and other buyers were required to spend at least £40,000 (US$55,632) on their Victorian terrace property within the first year. They were also not allowed to resell their house for another four years and had to stay in the property for five years.

Victoria Brennan is all smiles in her newly-installed kitchen 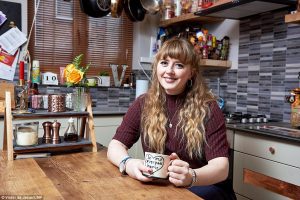 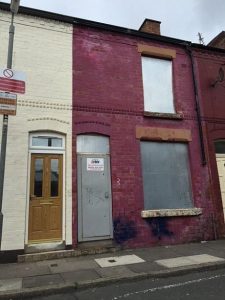 The unbelievable house sale was a part of Liverpool City Council’s Homes for a Pound Scheme for local residents who could not afford to buy a property.

The scheme was also used to tackle the problem of old and vacant houses in rundown areas across the city, such as Wavertree and Anfield 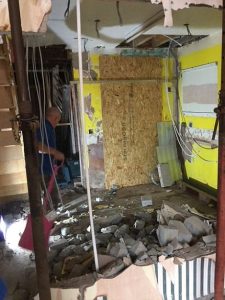 The unbelievable initiative offers local residents who live and work in Liverpool an opportunity to buy a house for just £1 (US$1.39) on the condition that they were willing to fix their new home.

However, despite the enviably low price, the renovation proves that it is not an easy task as the dilapidated Victorian homes come with no plumbing, electricity, fixtures or fittings.

Those first-time buyers who were lucky to snap up the bargain properties are bound by contract to live in their home for five years, a move to avoid people looking to resell the properties for a quick cash return.

Victoria standing in front of her home 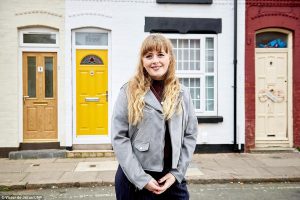 Victoria said: “There is a stigma in the city that you have to have so much money in the bank to apply for the scheme. I was lucky.”

“The overarching positive was the ability to own a property I could never afford on my own,” she said.

Before-and-after photos of her house: Victoria decorated her new home with stylish furniture, including a fashionable woodburner in the living room along with a railway sleeper as a mantle piece 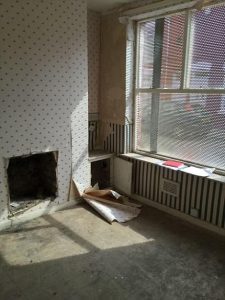 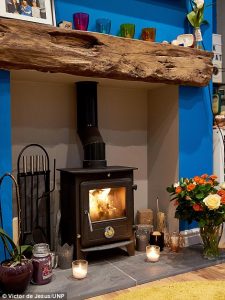 Local property manager, Oliver Scott, of Loc8 estate agents said that he believes that the house could easily reach a value of £70,000 (US$97,357) if it could be put back on the market. This would mean that after paying back to her parents, Victoria could make £32,000 (US$44,506) in profit.

He said: “It looks like this property has had a magnificent turn around. Victoria has done an impressive job ending up with such a lovely home.”

The bathroom is transformed into a new look 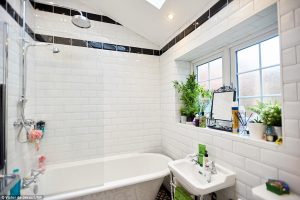 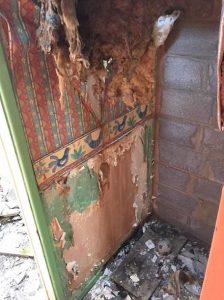 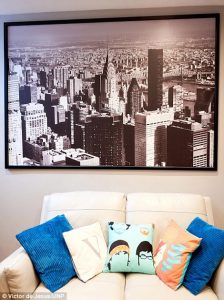 After the scheme was launched, more than a dozen families moved into the Victorian terraced houses in 2013. And in less than five years, the residents have completely turned the houses into dream homes with brightly painted front doors and bay windows.

The five families who bought the £1 (US$1.39) properties from Liverpool City Council as part of their £1 Homes Scheme including Victoria (right) 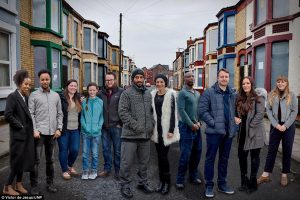 The scheme was launched by Liverpool Council to bring around 6,000 abandoned houses back into use.

So far, 120 properties have been renovated and filled 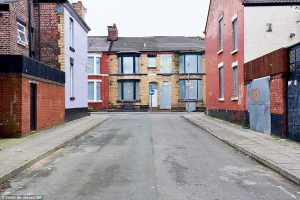 The scheme requires the residents to spend £40,000 (US$55,632) on the property and it must be done within a year or they will risk in the city council taking the home back.

They also cannot sell the property for at least five years.

The mother-of-three said: “We liked the idea of being able to restore something and put our stamp on it. If we hadn’t got a house through the scheme, we could probably have bought a three-bedroom house in the Wavertree area for about £100,000 (US$ 139,082), but it still would have been something that needed a lot of work.” 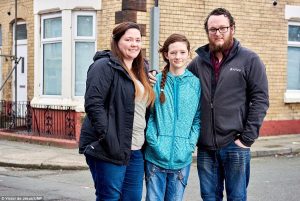 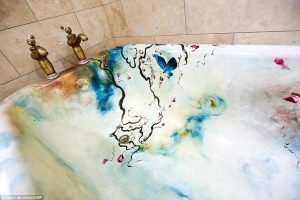