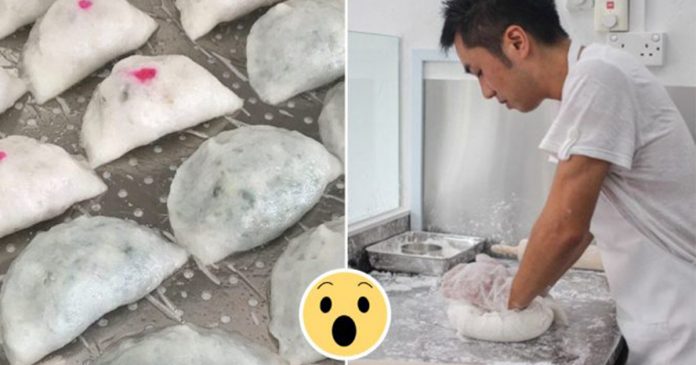 It has become almost everyone’s dream to have a career with which they can earn a high-income. Many teenagers give up fields in which they are passionate in, for a career that is more lucrative. One man however, decided to quit his job which paid approximately SGD$10,000 (approximately USD$7500) a month to help his mother sell traditional cakes and snacks. 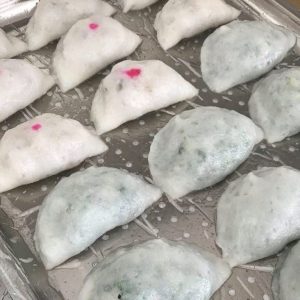 The former banker named Jeffrey Goh, 39, was earning a high income and living a comfortable life before quitting his job. He is the second child born to Tay Lee Tiong, who is the owner of Ah Yee Soon Kueh’s shop. His mother is known by the public as ‘Ah Yee’ which means aunt. 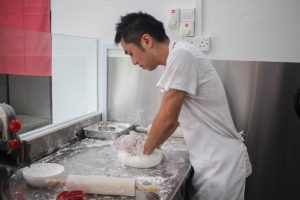 His mother sells a type of traditional snack called ‘soon keuh’. It is a type of dim sum snack and it is made from rice flour, while the stuffing is made of jicama or sengkuang. Tay’s store received overwhelming response from the general public and had also appeared on several television shows. 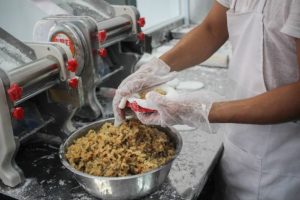 Since Aunt Tay has reached the age of 64, she easily gets tired and it is usually Goh who helps her out during the weekends and holidays.

After owning the shop for 8 years, Aunt Tay feels as though she can no longer afford to continue maintaining the business and she was forced to stop operations in April 2012 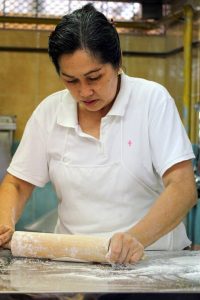 According to reports from Oriental Daily, Goh decided that it was time that he continued his mother’s dream and take over the shop. He decided to quit his comfortable job in the corporate office and take on the challenge of learning to make traditional snacks. 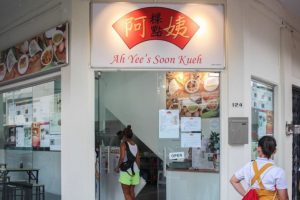 After 5 years, Ah Yee’s Soon Kueh reopened in August 2017 at a new location. They set up their shop at 124 Tembeling Road in Singapore. Aunt Tay was exhilarated that her store has reopened and she can finally retire as her son has become her successor. She is still seen helping out in the store occasionally as they continue to make delicious traditional snacks for their loyal customers. 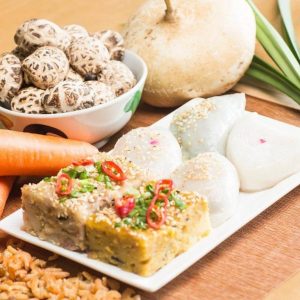 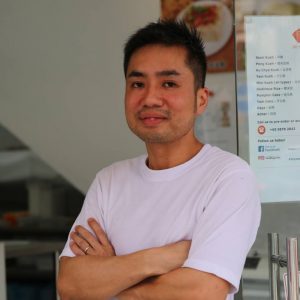 He said that as of now, he has only inherited 60% of his mother’s skills. Indeed, cooking delicious food is quite time-consuming.

Their shop not only sells amazing snacks which are made up of various stuffing but they also provide traditional snacks such as yam, glutinous rice and kaya 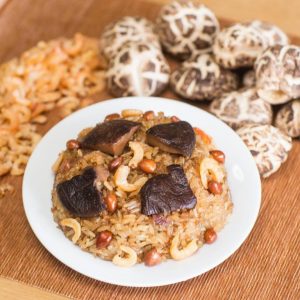 Their shop is famous because of their technique in producing thin, transparent skins for the snacks coupled with fragrant stuffing which can whet anyone’s appetite. Everything is 100% homemade and produced by hand. It is estimated that the shop sells anywhere from 300 to 500 snacks each day.

Goh’s mother was ecstatic because her son had interest in taking over her business. She is confident that her son will develop his skills and will improve over time as he has genuine passion to learn the art of making these traditional snacks. Both mother and son intend to expand their store in order to reach more people in the country.