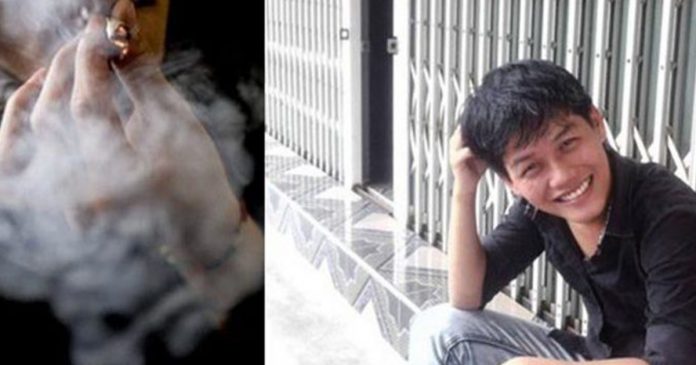 This is a story of a heroin addict whose life has come a full circle. His transformation did not come with any assistance of a rehabilitation center but with a book that he stumbled upon.

Phan Thanh Hai, was born in Tuy Hoa city in Vietnam. Being the youngest kid in the family, his parents loved him wholeheartedly and brought him up as an obedient kid. Little did he know that growing up he would be sucked into the dark side of society.

Things took a turn in his life, when he was in grade 8, as this was the first time he was introduced to video games. This made him focus less and less on his studies.  In a letter posted on DKN.tv he said, “I skipped classes and used most of my tuition fees to satisfy my gaming habits.” His parents had no idea that he did all this behind their backs, to them he was still that same obedient kid.

He recalls that by grade 10, he had mastered the art of gaming, with this, he also started to cheat and found dishonest ways to earn money. He spent most of the money on hanging out with his friends and got into the habit of smoking and drinking. His parents were shocked upon learning that their son had gone down this path.

“Honestly, there were times I got bored and started to question myself the meaning of this life. But then again, those thoughts disappeared as fast as the wind blows, because I was drawn back to the reality,” he mentioned. At this time it felt like there was no hope and nothing could cure him.

The next most unexpected turn came in his life when he lost his brother in a car accident. This just shattered Phan completely as he was really close to him. He said, “I was petrified. I felt empty as if a part of my soul was gone. The thought of this life being too short haunted me.” In order to find comfort from the painful loss he suffered, he started to take drugs to cure his broken heart. He would often party until late night with his friends and annoy his neighbours from all the noise.

“Those illegal substances made me delusive. I no longer knew who I was”, he said. At first, he was addicted to hallucinogenic drugs but later on, he and his friends turned to marijuana in order to gain a higher satisfaction.

By the age of 18, he had already been hooked on to this addiction and it felt so hard to live without taking those drugs 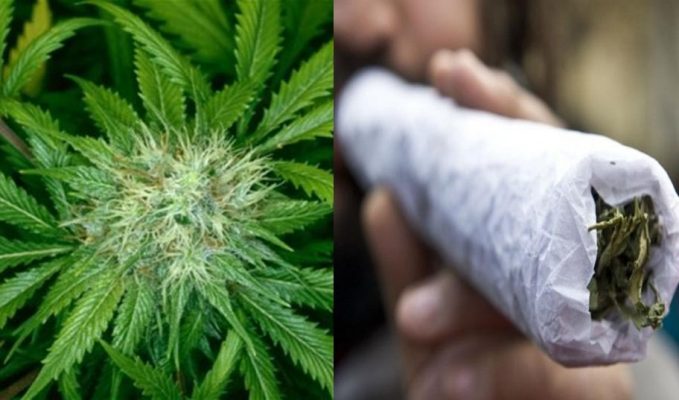 This wasn’t just the end of it he explains. Things got worse when he got introduced to the drug heroin. He got so addicted to it, that his appearance was reduced to sunken eyes and small pupils. He further adds that “heroin had made him its slave.”

By the year of 2009, Phan and his friends were known as the “addiction gang” in his neighbourhood. People started avoiding him as they thought he was a part of this gang.

His friends started robbing money in order to buy more drugs and this just made him uncomfortable and anxious about his life. With his conscious hitting him strongly, Phan decided to run away from his friends and thus he moved down south.

Now, far away from his friends, he thought the situation would change, but things did not get any better. He started to crave for heroin and this made him take these shots every day. With life as it was, he said “I ruined my future, I lost my purpose in life and then I faced the consequences. I was alone because no one would want to stick around a heroin addict.”

But, then there came an unexpected twist in his life, with a vivid dream 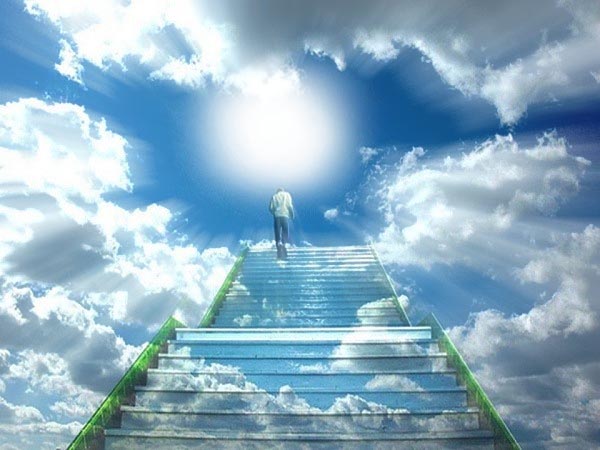 This dream made him wonder if ‘Buddha’ was real and introduced him to a place that made him feel like he was in heaven. After this, he turned to religion and tried different paths longing to find one that could transform him. In 2011, Phan met a boy who introduced him to a spiritual practice called Falun Dafa (also known as Falun Gong), and gave him a book called Zhuan Falun. But, he mentions that he did not take it up instantly as he was too blinded by his addiction.

In May 2012, after drifting away from home and spending all his money on drugs he returned back to his house. But, things were worse back home as his parents were broke and had to sell their house in order to pay back his debt. He said, “It was hard, but we tried to get through after what had happened.”

With misery after misery, Phan decided to turn to the book, Zhuan Falun that he was previously given. As soon as he opened the first page, an indescribable feeling hit him. He explains, “I read through the pages attentively. Those words lighted up my rotten soul, opened my eyes. I felt content. I thought, here it is, this is the path I have been searching for.”

From then on, he took it upon himself to follow this path, and its principles of Truth, Compassion, and Tolerance 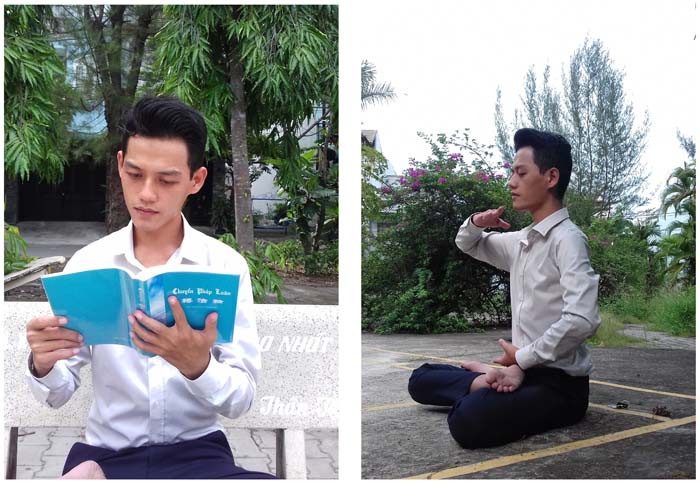 But for those three months, it was a huge battle for Phan, as he was tempted by his craving of wanting to go back to doing drugs.  He said, “The teachings in  Zhuan Falun were the seeds of hope that flourished and watered my desert-like soul, washed away the trashy thoughts, and restrained my addiction.”

After three months of reading the book, Phan joined the group to practice the Falun Gong exercises, and he experienced a great change. He started giving a hand in the household chores and he discovered a newfound gratitude and respect for his parents. This transformation was unbelievable.

The practice ushered in a new era in Phan’s life as he got married and opened a barber shop in order to make a living.

His wife and child also started reading the teachings of Falun Dafa and have been trying to abide by the principles of Truth, Compassion, and Tolerance 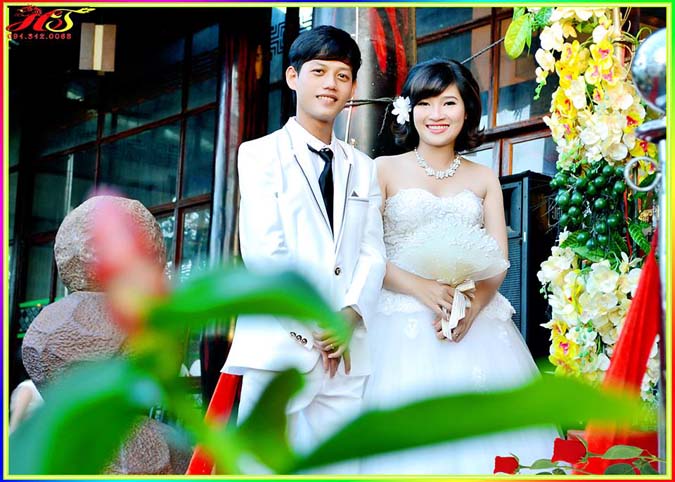 His neighbours were really surprised with his transformation 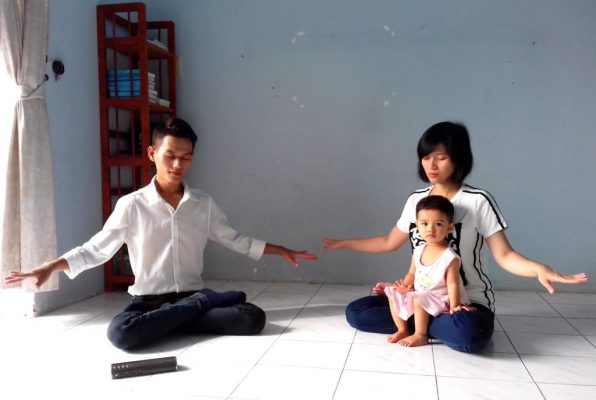 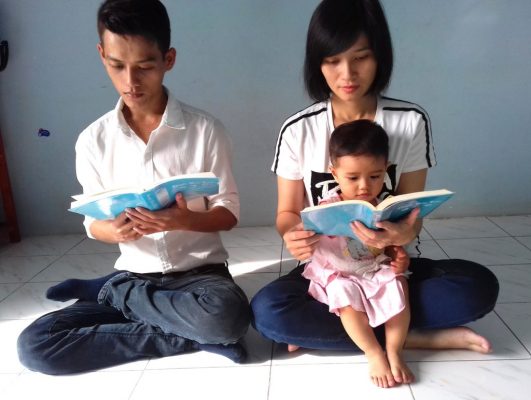 He said, “Those who avoided me in the old days told me: “You have changed for the better, even better than me, myself right now”. His friends who were a part of the “addiction gang” were so moved by his transformation that they started to borrow the book that changed him.

Surely, life took a 360-degree turn for this Vietnamese and makes us believe that there is always light at the end of the tunnel.

Falun Dafa (also known as Falun Gong) is a self-improvement meditation system based on the universal principles of Truthfulness, Compassion, and Tolerance. It was introduced to the public by Mr. Li Hongzhi in 1992 in China. It is currently practiced by over 100 million people in 114 countries. But this peaceful meditation system is being brutally persecuted in China since 1999. For more info, please visit: www.FalunDafa.org and www.FalunInfo.org.

Mom finds chilling ‘HELP’ note in decorations made in China. On reading it, she takes action