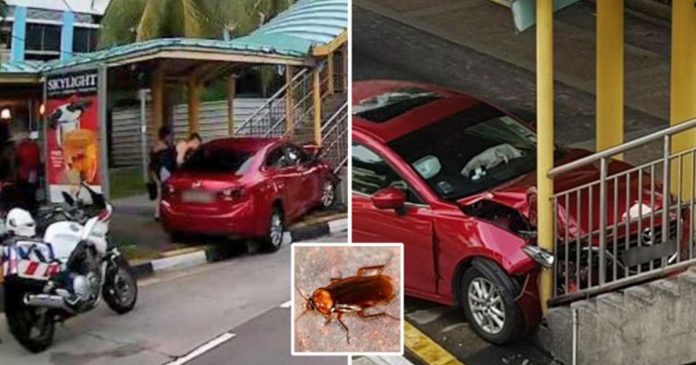 Just imagine on your way driving to work and suddenly you discover something scary moving inside your car, such as rat, lizard or a cockroach！How would you react to it?

Cockroaches are one of the most feared insects throughout the world. These smelly insect can scare the hell out of you especially when they fly around your house, so not to mention if they are flying inside your car!

Recently, a woman from Singapore was involved in an accident in which her car crashed into one end of a pedestrian bridge after she was panicked seeing a cockroach in her car.

The accident took place last Friday on January 26 in Jurong East Central, according to The Straits Times 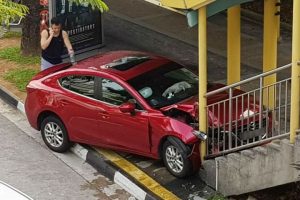 The accident left the car, a red Mazda, to be heavily damaged as the car mounted the pavement and rammed into the railing of the bridge 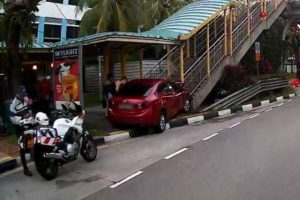 The Straits Times reported that the 61-year-old woman had lost control of her vehicle upon seeing the cockroach in her car and accidentally swerved her path into the bridge instead.

Thankfully, the woman only sustained minor injuries from the accident and was take to the hospital for further treatment 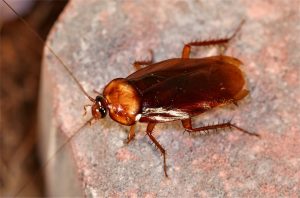 Her son arrived at the scene shortly after the incident occurred.

Currently, police investigations regarding the accident are still ongoing

This plane was forced to return to it’s point of departure...