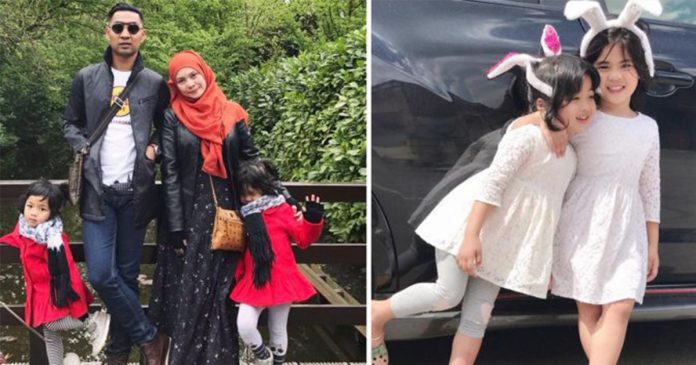 The issue of skin color has always been a sensitive issue among the people of the world. This issue is not a new one as the preference for lighter skin tones over darker ones have been prevalent since ancient times. This issue has been given an unofficial label and it is called ‘colorism’ which is different from racism as it is is a prejudice based solely on the color of a person’s skin.

A mother of two young daughters took to Facebook recently to vent her experiences concerning how people would point out the difference in skin color of her two children. Nurulbadiah Lai (Nurul) grew more and more concerned when she realized just how much people’s comments were affecting her daughters. 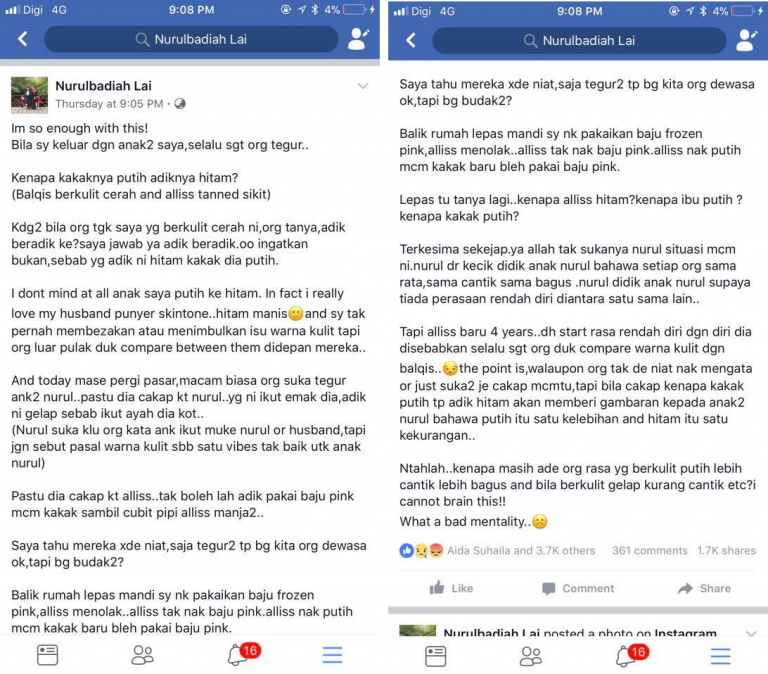 According to Nurul every time she brings her children out, adults will be compelled to point out that her younger daughter has slightly darker skin as compared to her older daughter.

“When I go out with my kids, people always ask why the elder sister is fairer while her sister is darker. Balqis is light-skinned and Alliss is slightly more tanned,” she wrote in her Facebook post.

Nurul said that many people will question whether or not the two girls are really siblings because of their different skin tones. She notes that these comments are made right in front of her children and that has had a negative impact on both her children.

She wrote “Sometimes when people look at me with lighter skin color, they ask, ‘Are they siblings?’. I replied, ‘Yes, siblings.’ People had thought that they (Balqis and Alliss) are not siblings because of the difference in their skin color” 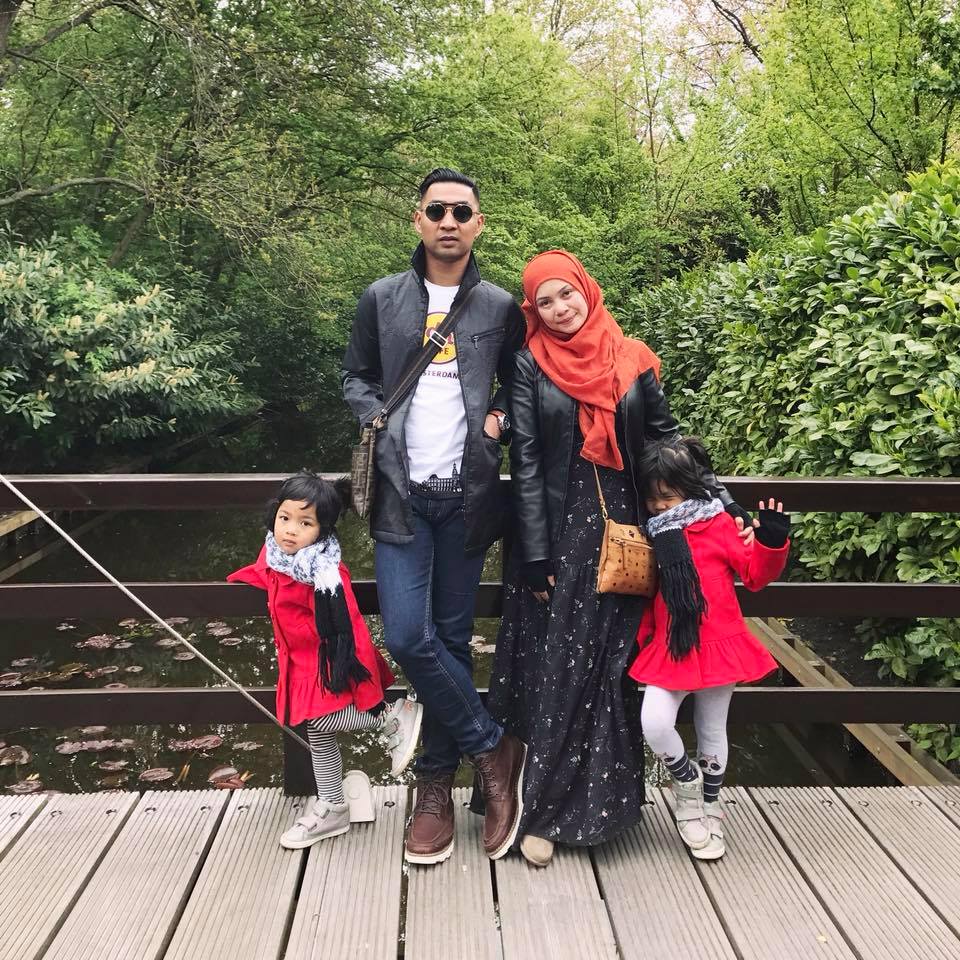 One day when Nurul brought her children to the market, someone had said to Alliss, “It’s not possible for Aliss to wear bright pink like her sister” just because of her tanned skin 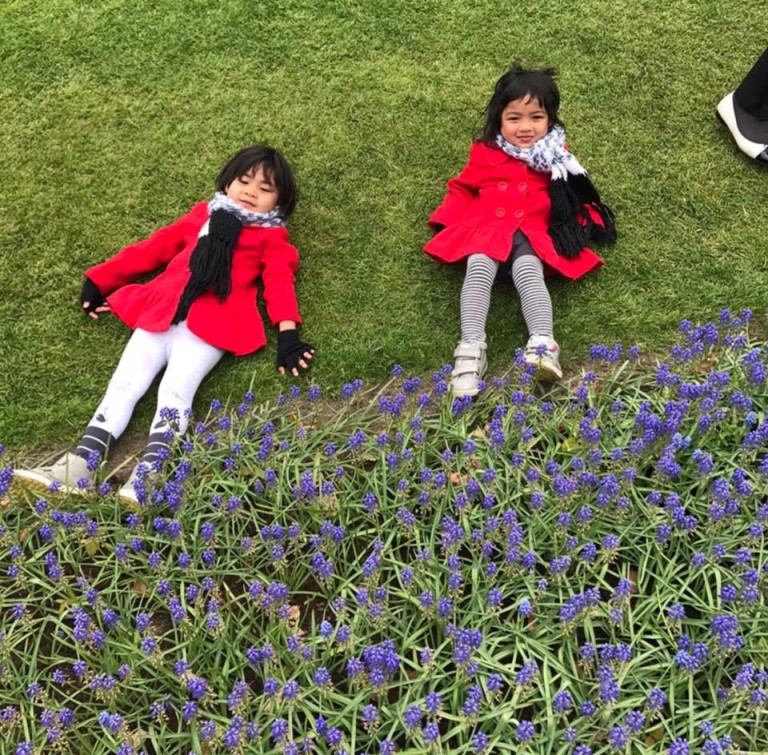 This incident had left a deep impression on her four-year-old daughter. When they got back home, Nurul wanted to dress her younger daughter in a pink dress but her child refused to put it on. She said she wanted to be lighter skin like her sister and then she can wear pink clothes.

Aliss then began to raise questions such as “Why is her sister and mother both lighter than her?”

Skin color had never been an issue in the household until strangers felt the need to compare the two girl’s skin tones. 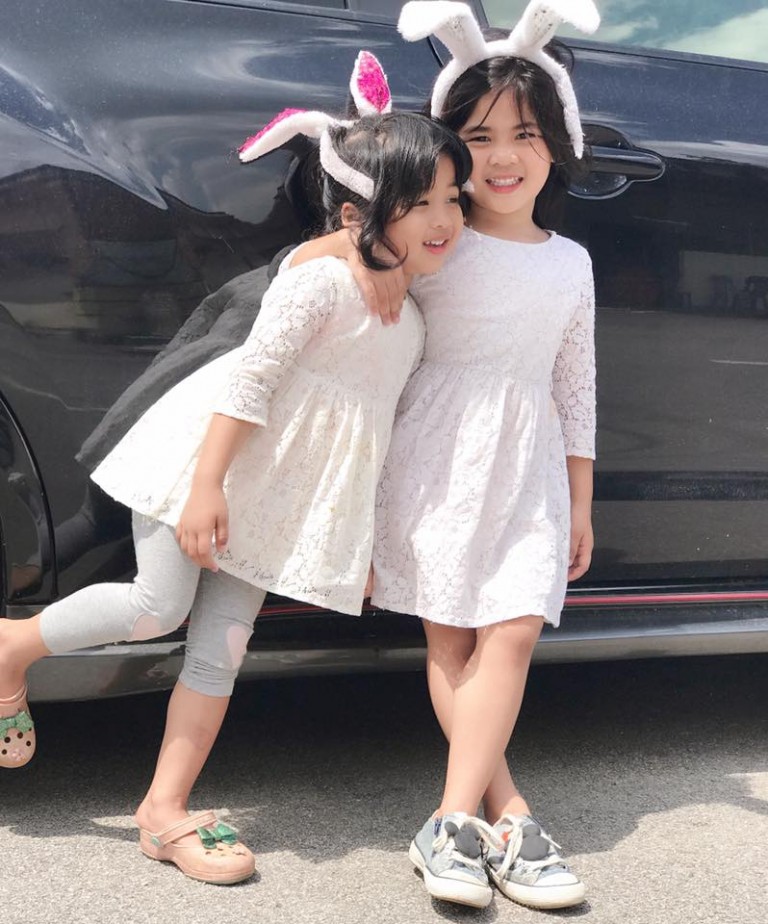 Despite being aware that the people who said those comments had no intention to hurt her children, she believes they were responsible for causing her daughter to lose her self-esteem. She felt miserable that her daughter was struggling with her appearance at such a young age.

Aliss had refused to wear pink clothes because she believed it did not suit her dark skin and she would spend an hour in the bath as she tried to scrub her skin and make it lighter. Nurul’s post was met with a mix of positive and negative comments as some netizens agree with her that it is wrong to point out the difference in people’s skin tones and showing a preference for lighter skin tones. There are also people who commented that Nurul’s post was only meant as a way to draw attention to her children.

The main point of this post was to show how words can have great effect on people’s lives and therefore we should think about what we say, especially around children.