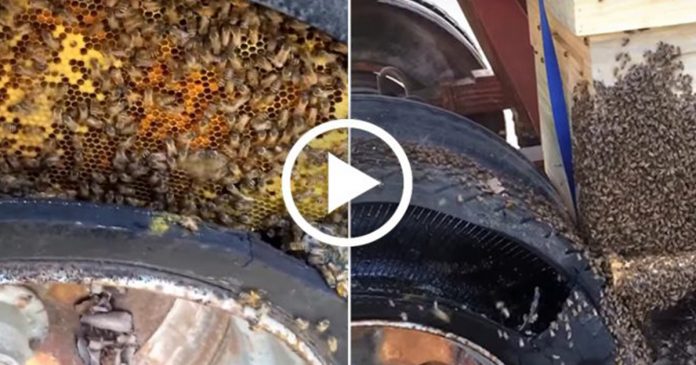 Tom Brueggan has traveled all over Houston, Texas safely removing bees from all sorts of places without killing them  including chimneys and floors, but it was the first time he had to remove a huge hive from inside a heavy tractor tire. 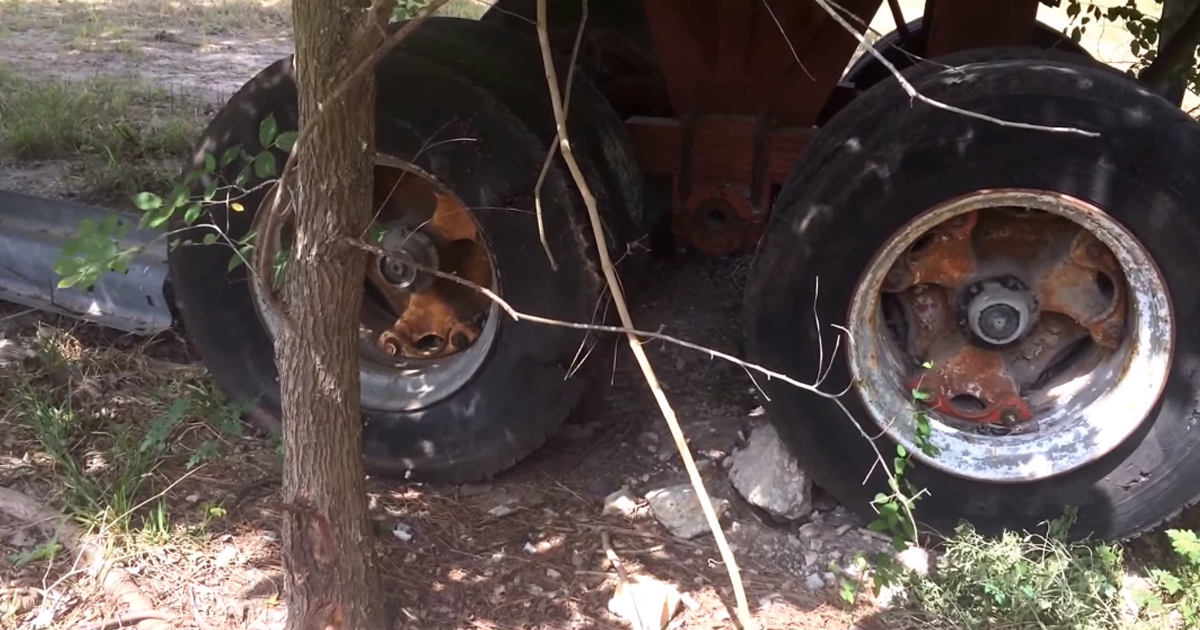 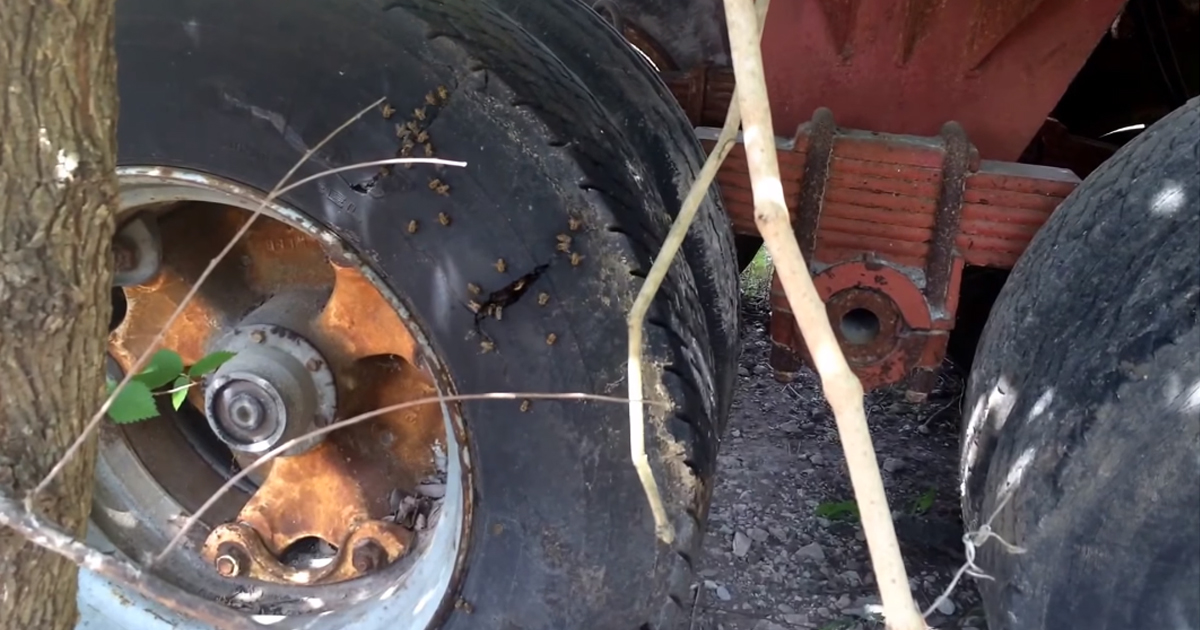 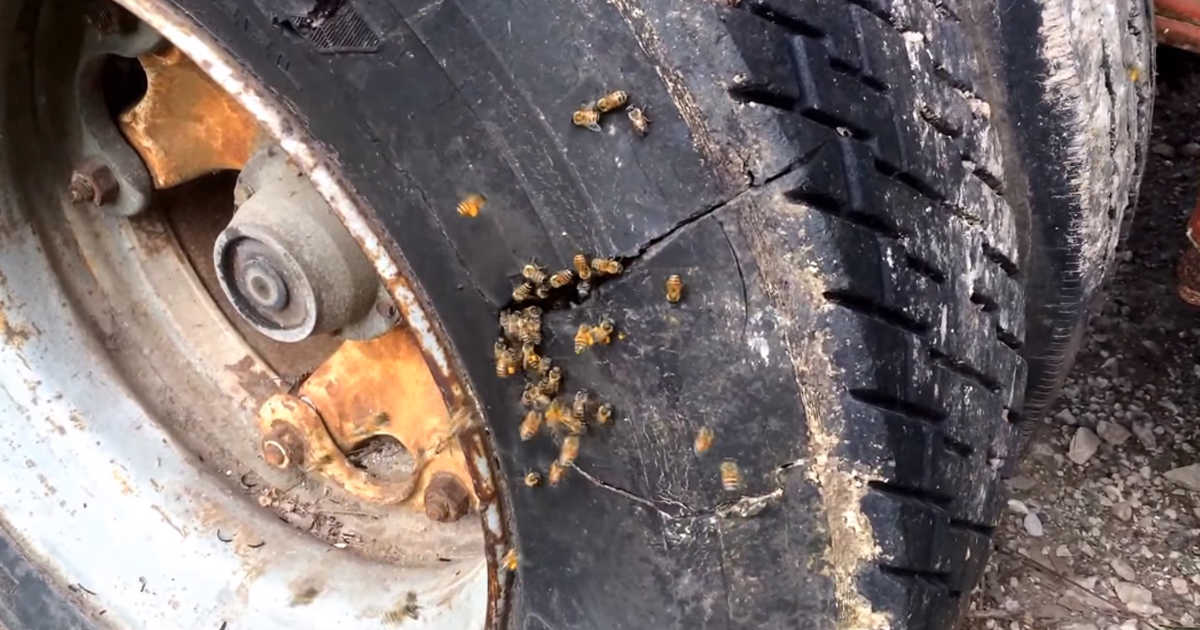 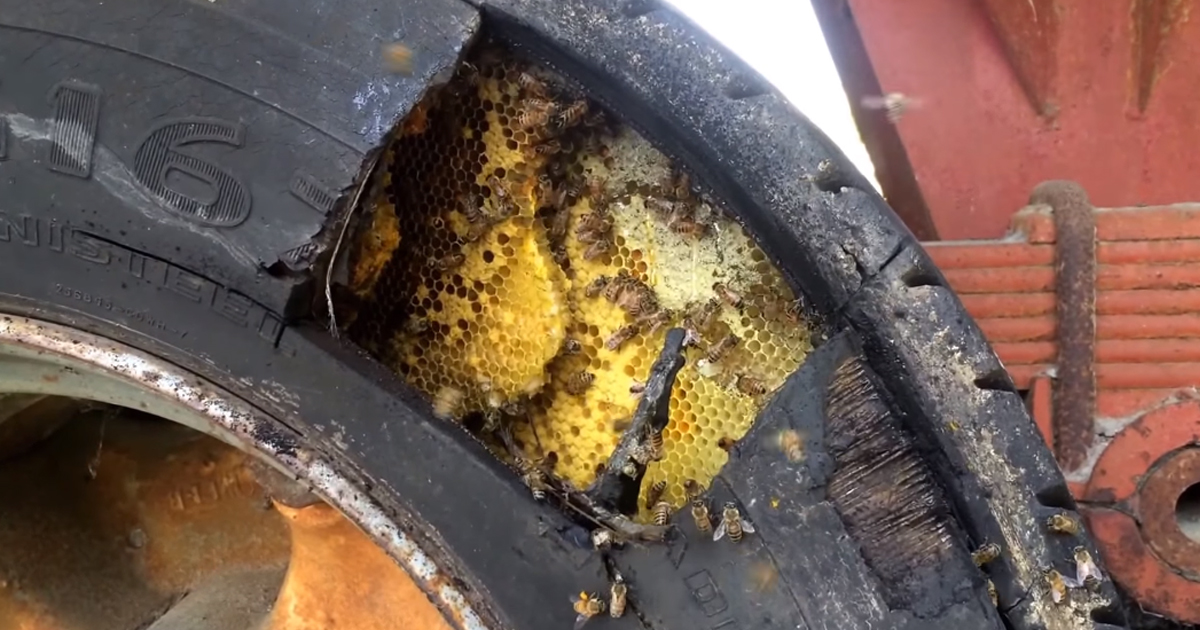 After reading it up online, Brueggan used a knife to cut the tire sidewall 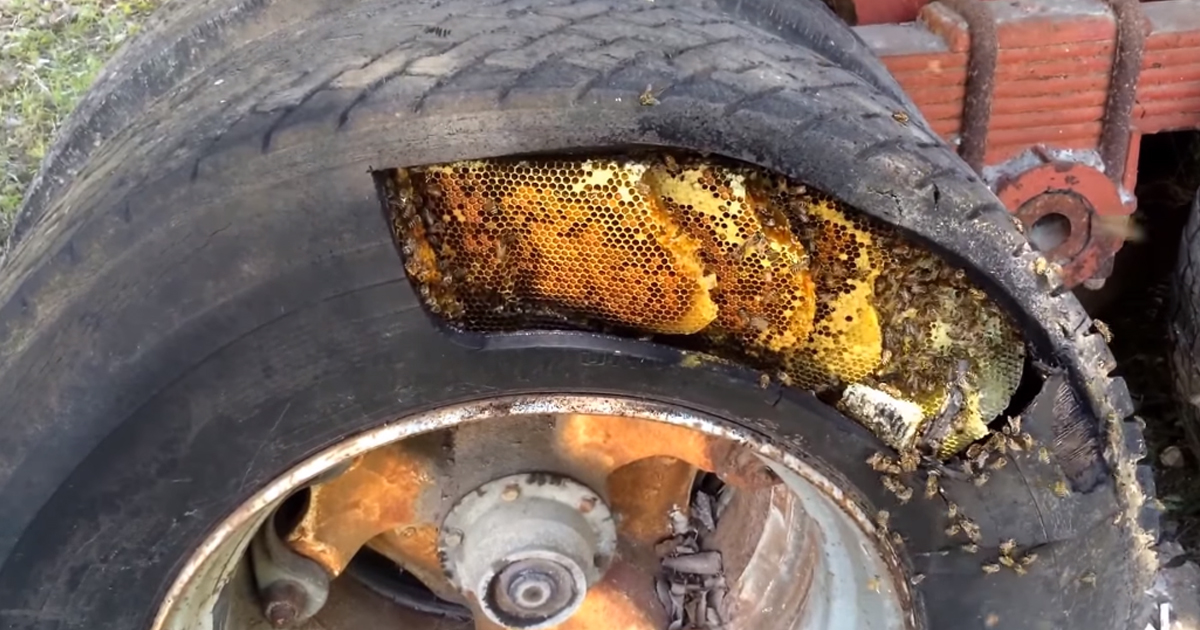 Then realized mid-process that the tire he was working on had steel belts on the sidewall, so he opted for his sawzall instead. Until it ran out of battery.

Luckily, he was able to cut a decent-sized piece of the tire before that happened and made his way inside the tire 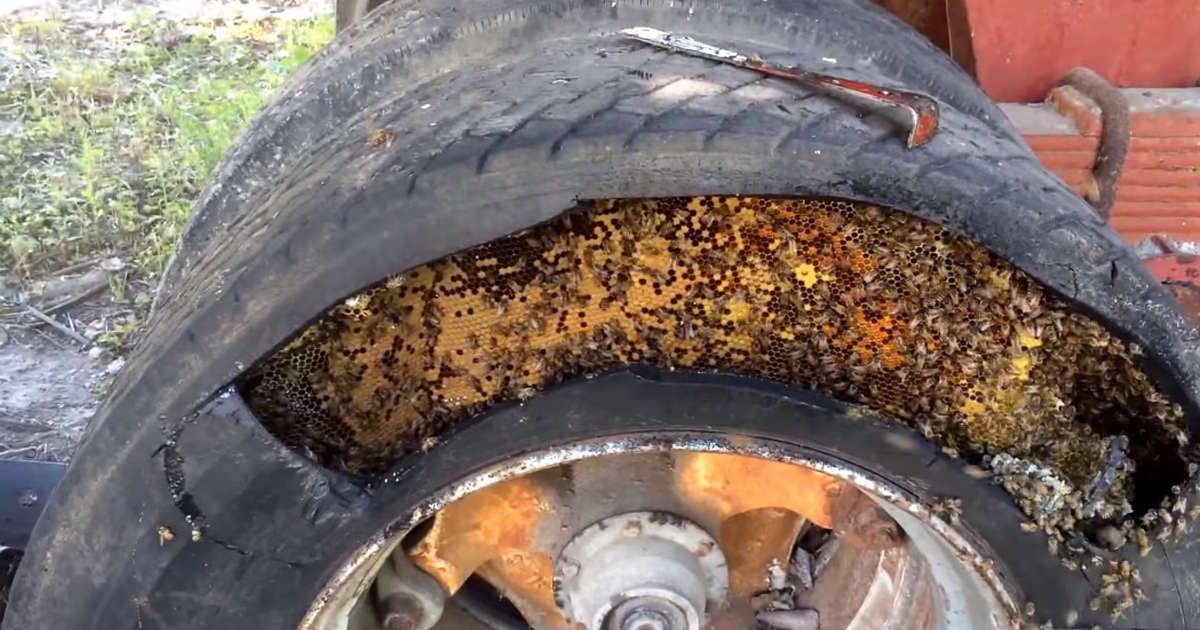 Despite Brueggan’s presence, the huge colony of docile bees continued their hard work in the hive, bringing in pollen and nectar 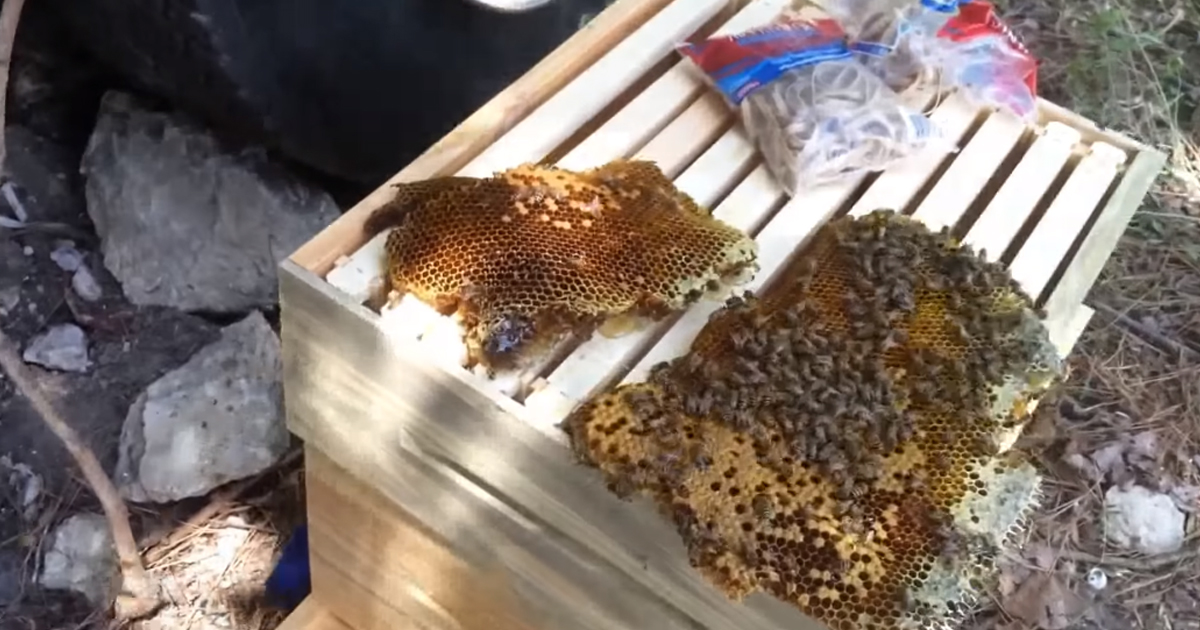 The beekeeper was also busy and removed his glove to make sure he could feel whether or not he was crushing the bees.

He got a few stings on his hands, but eventually managed to remove the massive colony safely from the truck tire 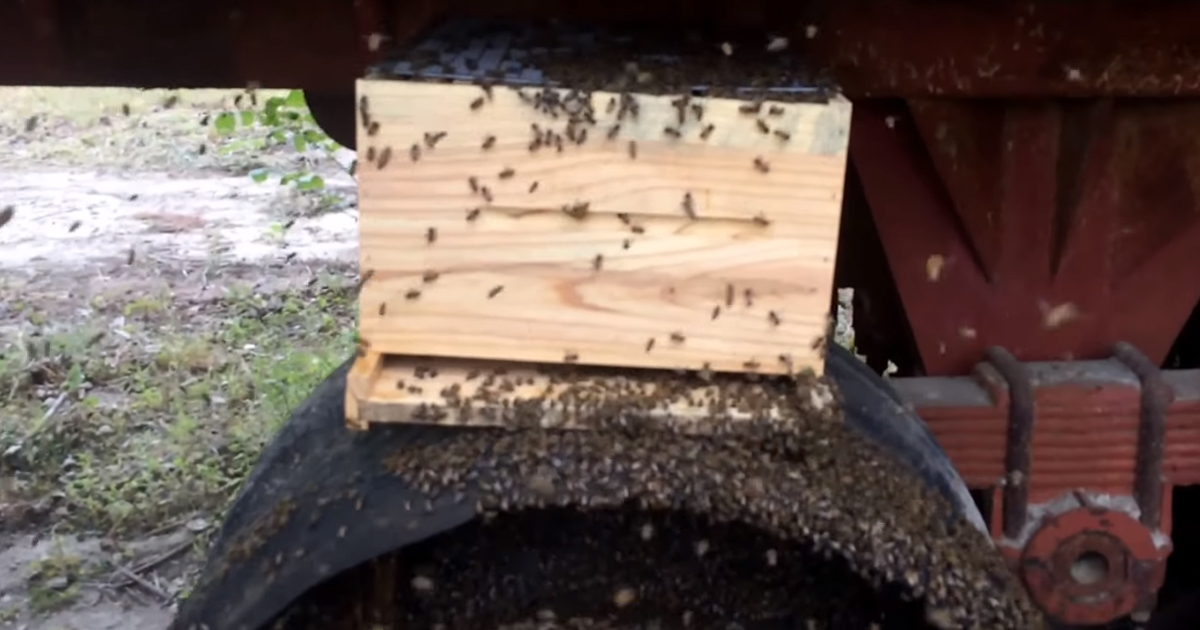 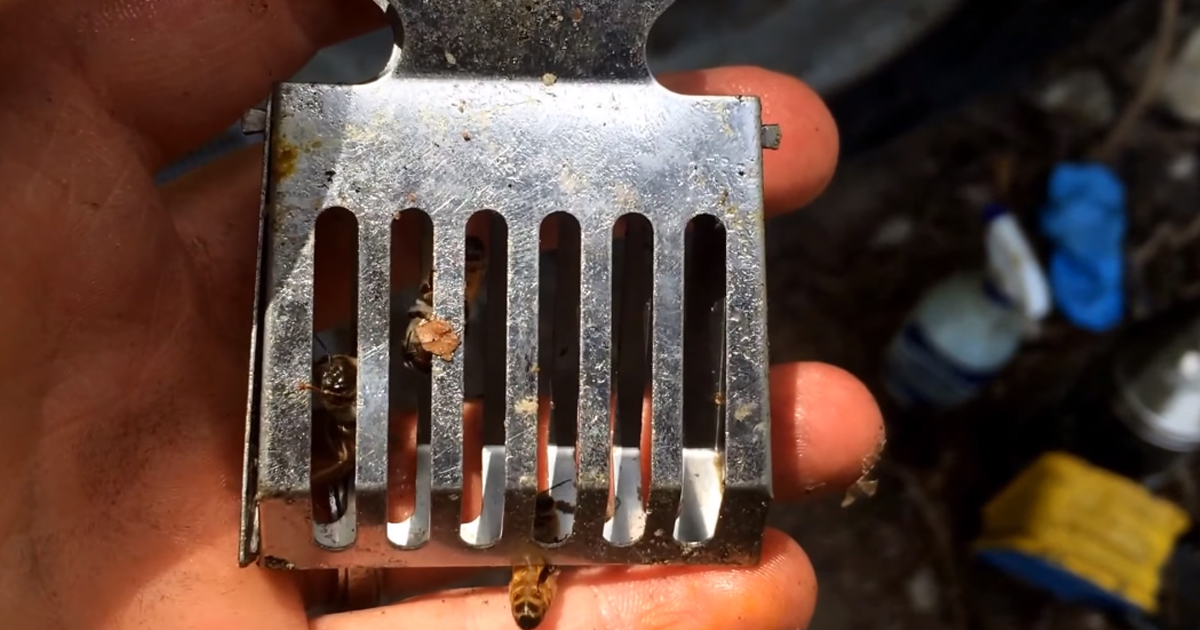 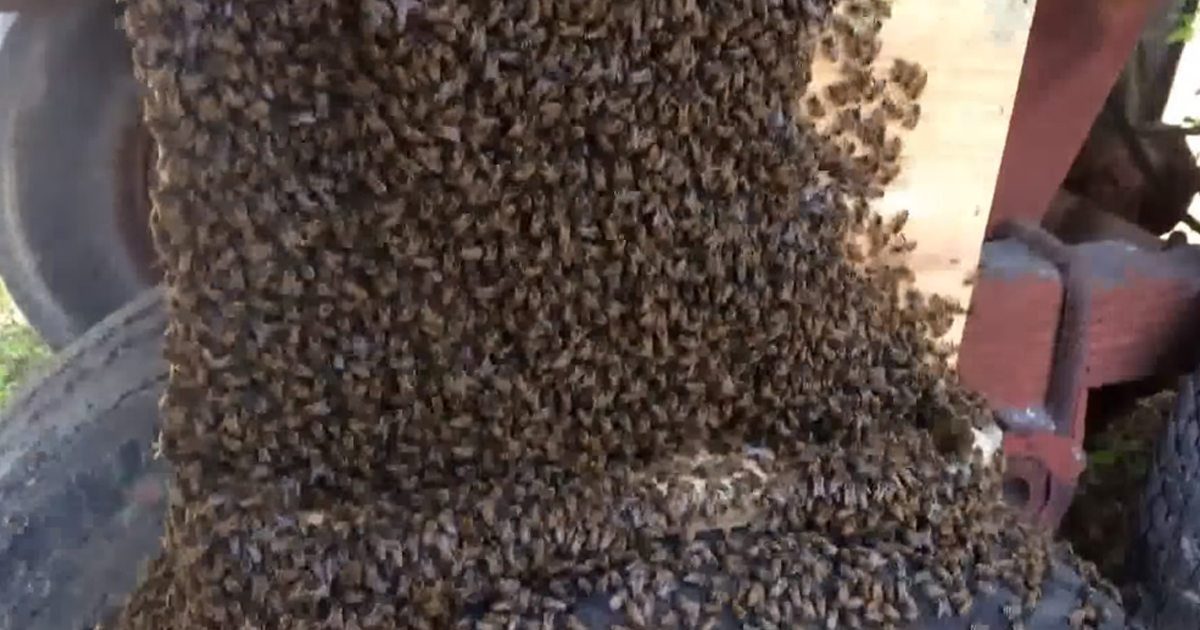 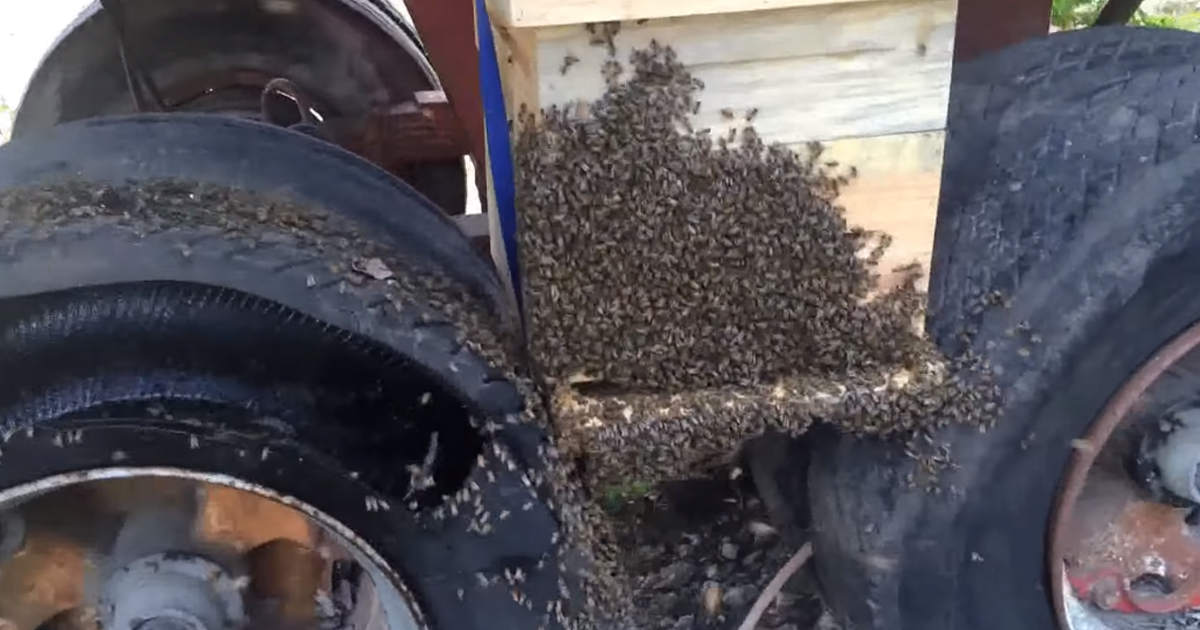