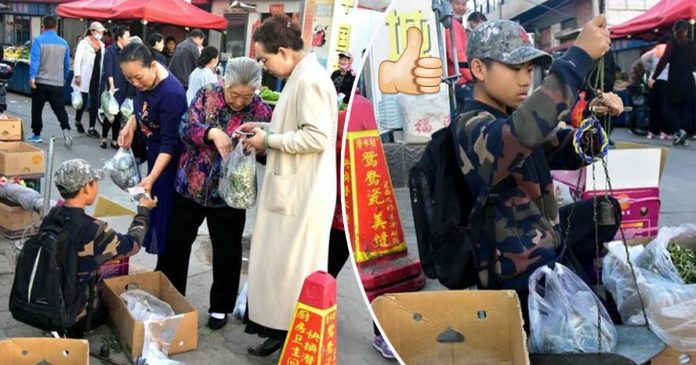 Children from poor families usually mature earlier. A boy named Tintin who lives in Zunyi, Guizhou is just one of the examples that prove this statement to be true.

Tintin has two younger siblings at home, a brother and a sister. He took it upon himself to also care for them as he considered it was his duty as the eldest to do so. 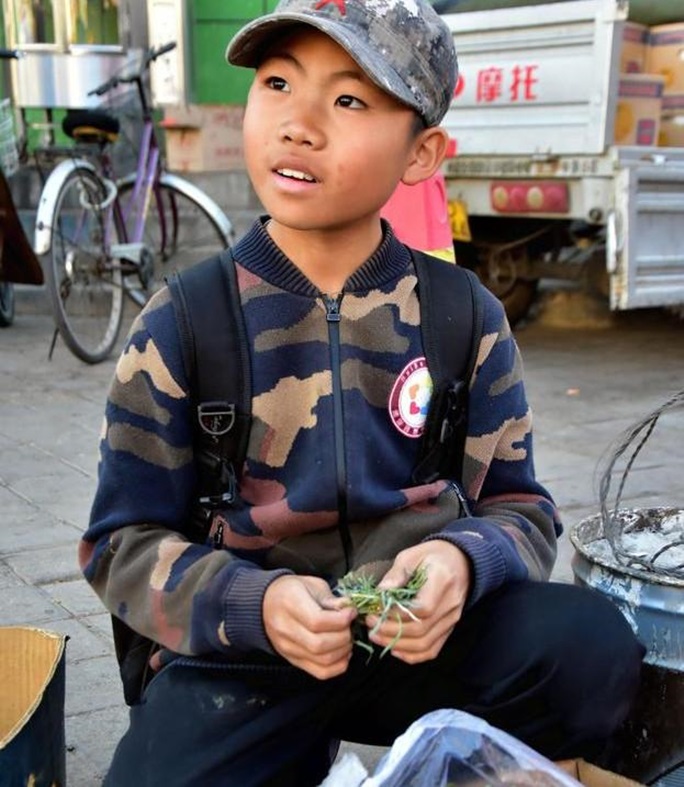 Today Tintin found a patch of wild vegetables and picked enough to fill a large box. He would bring them to the market and sell them before going to school. A lot of housewives and grandmothers would ask: “How much are your vegetables?” Tintin would happily tell them the price.

Tintin attending to his customers in the market 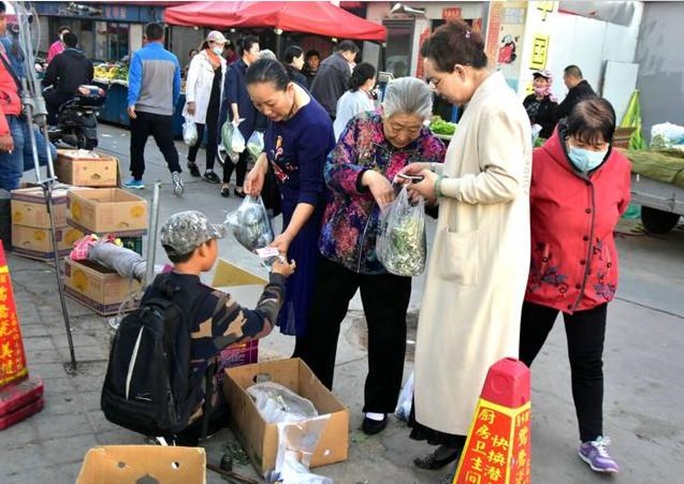 At first Tintin would sell his pickings after school at the corner of the market but his business was not good so he decided to sell them in the morning. He would sell off his vegetables and then go straight to school.

At first Tintin was nervous as he was afraid that his vegetables might not attract anyone. Then two housewives came and ask how much is he willing to sell his wild vegetables for.

Tintin happily told them his price 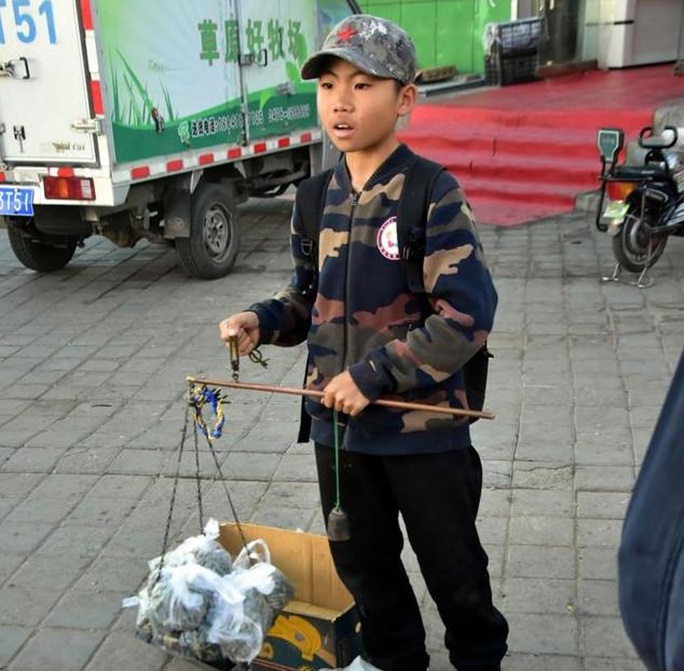 He uses a rod scale to weigh his vegetables. He would weigh it carefully and meticulously but as he was new in the trade, he was not skilled in using it. The housewives would wait patiently for Tintin to weigh their vegetables and then pay him. 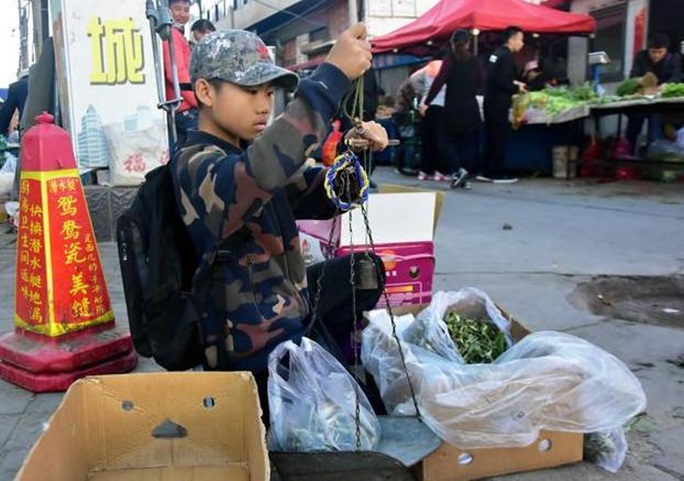 A stylish housewife bought some wild vegetables from Tintin and wanted to give him an extra 2 Yuan but it was returned to her instead. The housewife said: “No worries, keep it and buy something nice to eat.” Tintin could not accept her generosity and actually returned the money to her. He said trading had to be fair. When someone comes and buys his goods he’s more than happy already. 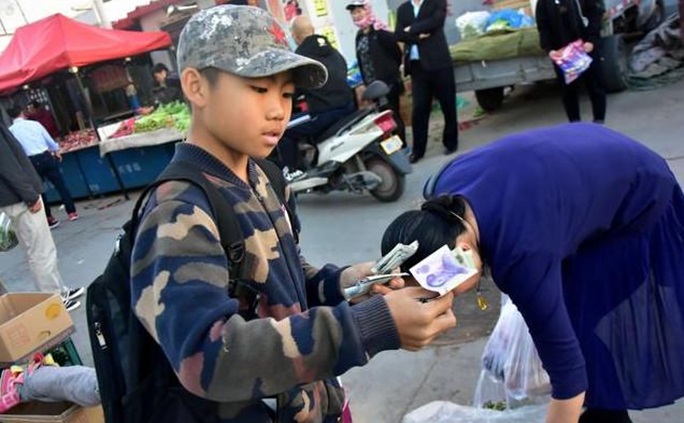 A middle aged housewife also wanted to give a little extra money to Tintin so she came up with another idea and said: “Charge me a little more. Use the extra money to buy some nice snacks, not only for yourself but also your brother and sister.” After saying so she picked up a lot of Tintin’s wild vegetables.

Tintin excitedly asked the housewife: “Why are you buying so many vegetables?”

The housewife smiled and replied: “I have a big family and I need to buy a lot of your vegetables so we will have enough to eat.”

Tintin packed the vegetables eagerly and weighed them. He gave the bulk of his pickings to the housewife. The housewife gave Tintin a 100 Yuan note and said: “Keep the change.”

Tintin said: “No that’s too much. I need to give you your change.”

The housewife put the money down into Tintin’s box and quickly walked away. Tintin quickly gave chase and gave the housewife her change: “Here is your change.”

The housewife’s eyes were red and tears were seen welling in her eyes. She felt that this boy was far beyond his years compared to her children who would play video games all day. Tintin was a very mature boy compared to most of the children at his age who are pampered by their parents.

The terribly sick girl was abandoned by her parent. Grandma did...