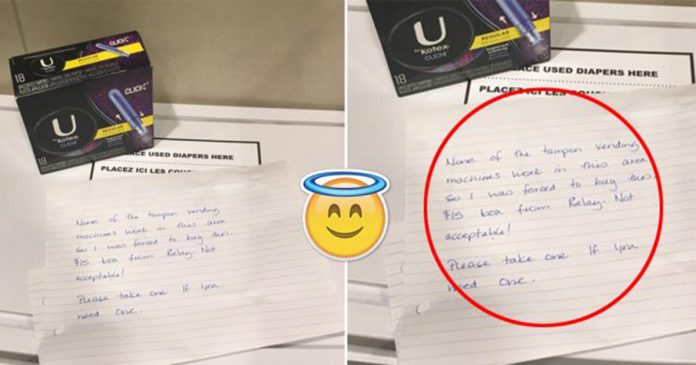 A photo of a $15 box of tampons sold at a certain Canadian airport was posted on Reddit, where it went viral, setting off a huge debate about women’s hygiene products. Eventually, the airport took notice, and then they issued a reply.

Women’s hygiene products are definitely a sensitive topic and one that the male population will likely never fully understand.

Quality, comfort, and usability are important attributes that these products must have

Women usually have a predictive cycle that they can rely on. On occasion, when an accident happens, hopefully a convenient store or pharmacy is nearby. But if you’re at the airport, then the woman is at the mercy of the dispenser.

The dispensers located in airport bathrooms are known for the sub-par quality of their hygiene products.

Women have to use them, of course, when faced with a predicament

Reddit user carleefries was inside the women’s restroom at the Calgary International Airport when she spotted a box on top of a diaper bin. When she looked closer, she saw it was a tampon box, which wasn’t empty, with a handwritten note next to it, which read:

None of the tampon vending machines work in this area so I was forced to buy this.

Please take one if you need one.

Carleefries took a photo of the note and box and later shared it on Reddit.

“I was washing my hands and I looked next to me and was like, ‘Oh my gosh, this woman is fantastic,’” carleefries wrote. “Us ladies have to stick together with our lady problems.”

Her post immediately went viral initiating a debate about the cost of the tampons and the quality and availability of tampons from dispensers. For comparison, tampons sold at Target by the same brand are priced around $6.99. 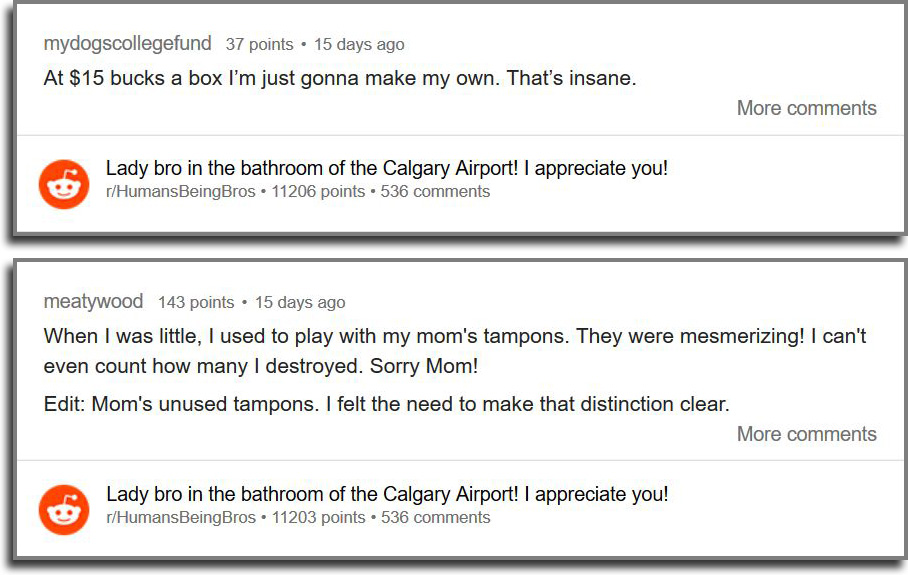 Users were also quick to share initiatives in their own local women’s rooms:

It did not take long for the Calgary International Airport to receive news about the post, though, and take corrective measures.

It did not take long for the Calgary International Airport to receive news about the post, though, and take corrective measures. They were quick to post this reply on Reddit:

Once again, it just goes to show the power of social media.

During the Holidays, These Food Servers were Given Large Amount of...