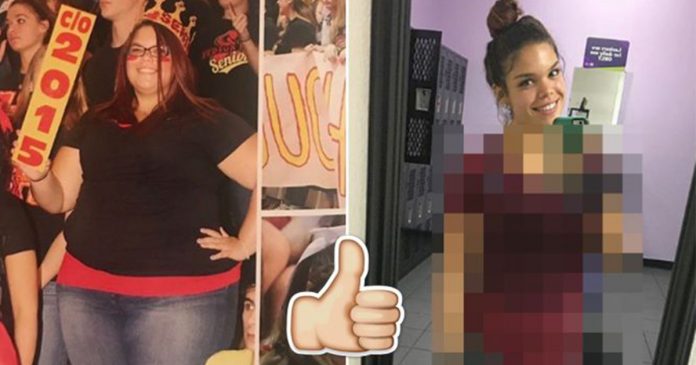 Are you addicted to Netflix? When your favorite drama finishes, do you have no idea what to do with yourself? And not only that—coupled with your Netflix affair is an addiction to junk food. Let’s face it, chocolate and chips go far better with Netflix than carrot sticks and celery. This young lady fell into the trap—she would come home from work and watch … you guessed it. Her weight spiraled out of control, and she weighed in at more than 320 pounds (approx. 145 kg).

That was over 18 months ago, and Jessica Beniquez was not happy with her life, or the way she looked. “All I did was eat, go to work, and watch my shows,” said the 21-year-old.

She decided to do something about it. She had to break up with Netflix. “I was about to start a whole other series on Netflix, and I was like, ‘I don’t want to do this anymore.’ I didn’t want to sit in bed and do nothing. I felt so lazy. I didn’t even hang out with my friends,” she told PEOPLE.

“Getting out of bed was hard. I felt miserable. I knew I needed to lose weight because I had high blood pressure, but it took me over a year to realize how dangerous that is—and to do something about it”

? TRANSFORMATION TUESDAY? This was my biggest weight, I had just started my journey (I believe this was in the beginning of the first month) as you can see my legs were very big and that is why I have so much lose skin on them now. SO thankful that they have slimmed down a ton, still not finished, still have work to do and every day has its challenges but it is BEYOND worth it! #transformationtuesday #transformation #weightloss #weightlossgoals #weightlossjourney #weightlossmotivation #weightlosstransformation #nevergiveup #iammotiv8

First, out went the fast food. “I was a very picky eater. I didn’t stick a vegetable in my mouth. I ate fast food every day, and would pretty much only eat chicken nuggets, pasta and fries,” said Jessica, who had suffered from excess weight her whole life.

“At the moment I [decided] to do it, I ordered Herbalife shakes that day. If I didn’t, I honestly don’t think I’d be where I am right now. I got the shakes and never looked back.”

“The day after I ordered the shakes I was walking. I walked a mile and a half to two miles a night.

#throwbackthursday to my 4 year old chunkamunk self???

After several months of replacing one or two meals per day with shakes, she decided to quit the shakes and focus on eating healthy foods.

** #THROWBACKTHURSDAY ** Throw back to senior year in high school, I wish I had the motivation to lose weight back then like I do now. I wish I wanted it more than anything. But all that matters is that I am where I am now and nothing can stop me??? #weightloss #tbt #throwback #weightlossjourney #motivation

Throw back to my high school graduation day (2015) with my bff? (btw this was not in my journey) #throwbackthursday #throwback #tbt

She began doing workouts, starting off by following YouTube videos from home. When she became more confident, she joined a gym.

Jessica was determined to make lifestyle changes, and it was a life-changing decision

#throwback to when I randomly met @cierraramirez when I went to LA! #throwbackthursday #tbt

Becoming more active and making changes to her eating habits were the keys that helped her unlock her amazing potential. Once the weight began to fall off, she became even more determined to stick with it.

She kept a record of her measurements and weight, which is a great way to keep focused on one’s weight loss journey 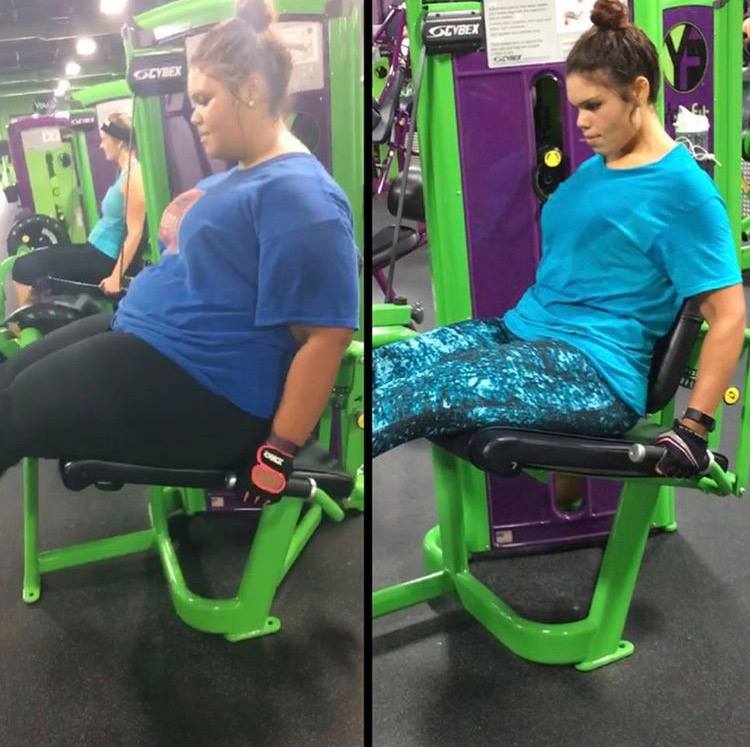 Got my measurements done today and I couldn’t be happier with my results from almost 2 months of hard work ??? #nonscalevictory #nsv

“I have dedicated my life to fitness and I have learned to love it when before I started this journey, I would dread just walking to the bus stop that was not even a 5 min walk”

Ngl… I was NOT feeling cardio today what so ever! 5 min into running I was about to get off the treadmill and then I thought, what’s 5 more min.. so I kept running and then 10 min passed and I was like what’s another 10 min.. so 20 min passed and 2 miles done, my body didn’t even feel the pain from cardio so i just kept going and ended up doing 60 min cardio, back and shoulders. The beginning SUCKED and like I said, I wanted to stop but I didn’t. Finished a 2 hour workout and I may be ready for bed but I’m going to bed feeling good and accomplished! #nevergiveup ???

I mean to post this as a #transformationtuesday but i guess I’ll just make it a #weightlosswednesday ??‍♀️ I was not dieting in the left pic, this was my heaviest I’d have to say! Over 320 lbs to- 145 lbs 🙂 #weightlossjourney #weightloss #weightlossmotivation

It’s crazy what consistency can do to a person! #facetoface #facetofacefriday • • My diet bet starts August 23rd so if you didn’t join last game or want to join this game too, last day to join is September 5th! ? Bet yourself $35 that you can lose 4% of your BODY WEIGHT in 4 weeks and win ??? ALL WINNERS SPLIT POT!! it’s a fun way to hold yourself accountable (to make that $35 back PLUS MORE) and hit your weight goals! What’s better than losing weight AND winning money? you only lose if you don’t try! ITS TIME TO PUSH YOURSELF???? ((link in bio))

Another #1yeartransformation !a little over 100 lb difference 🙂 ngl, I’m not any less self conscious about walking around in shorts now, than I was then because although my legs aren’t as big as they used to be, they still don’t look like the way I want them to and my varicose veins are showing more than ever and it sucks because I can’t do anything about it? #weightloss #weightlosstransformation

My personality will always remain the same?? #weightlosswednesday IF YOU HAVENT JOINED OUR DIETBET, the link is in my bio! Over $6000 in the pot and 8 days till we start!!! Holidays are tough with all the yummy sweets and food but we can’t let it get the best of us so that where dietbet comes in! KEEP YOURSELF ACCOUNTABLE TO YOUR GOALS Lose weight and win some extra Christmas cash??? All you have to do is bet yourself $35 that you can lose 4% of your body weight in 1 month (Your weight – 4%= goal weight for the end of the bet) ALL WINNERS SPLIT THE POT?AND ANYONE CAN JOIN WORLD WIDE ? Game starts November 24th and you can join up to 15 days after the game starts! WHOS WITH US?? dietbet.com/Jessica is the link to join! #dietbet #weightloss

Are you inspired by Jessica’s will to succeed? Just remember—never give up on yourself!

When you work hard you’ll see results Thinking about doing it, isn’t going to get you anywhere. The second you start to think about losing weight, get up in that moment and do something about it! You won’t regret it? (March 2016-now) #throwbackthursday #throwback #weightloss #weightlossjourney #weightlossmotivation #weightlosstransformation