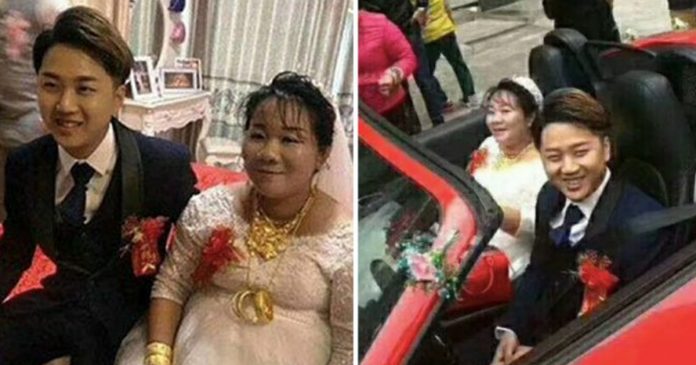 While many agree that age is just a number, there are still some parents who do not approve the idea of marrying their son off with a woman who is far older than him. Not to mention if the woman is more than a decade older than the man! However, this bride found an ultimate solution to deal with her future in-laws.

Earlier this month, a video of a 23-year-old man marrying a 38-year-old woman went viral on the internet. 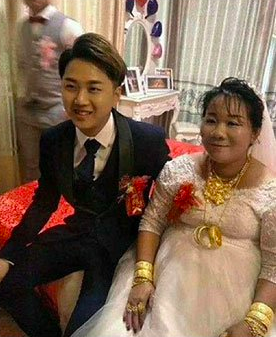 Initially, their marriage was heavily opposed by the groom’s parents but they were later convinced into giving their blessing after receiving 660,000 yuan (USD 104,379), some real estate assets and a Ferrari from the bride, making it an insanely expensive dowry worth 5 million yuan (USD 790,750) in total 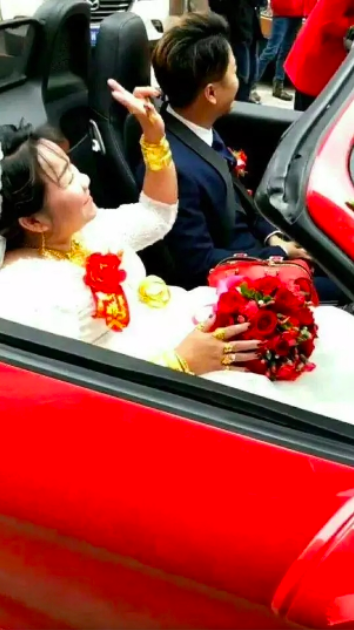 According to China Press, the wedding took place in China’s Hainan province and was a rather an extravagant celebration for the couple. In the viral video, the bride is seen wearing a classic white wedding dress complete with heavy gold jewellery as accessories while the young groom is wearing a smart tuxedo.

The newly married couple cannot hide their excitement as the groom is seen grinning from ear to ear as he and his bride sit in a red sports car.

Judging from the happy looks of the bride and the groom, many would think that they are genuinely in love with each other. However, a netizen who claims to personally know the groom said that the bride was actually ‘sugar mama’ of the groom. The couple was said to be in a casual relationship before they decided to tie the knot after the bride got pregnant.

As the pregnancy was unplanned, they did not have other choice but to get married and the groom’s parents were said to only approve the marriage after they were given several houses and cash 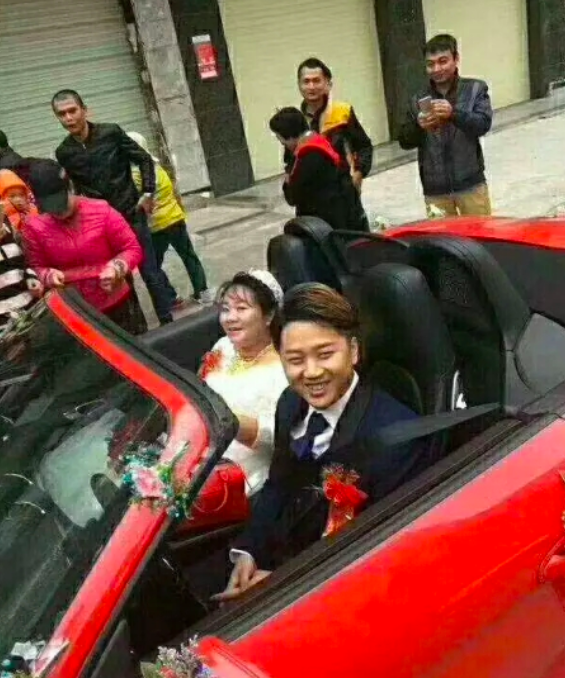 Nevertheless, many netizens congratulated the newlyweds. We ,too, wish nothing but the best for the couple. We hope that they will stay in love with each other forever.

Watch the video of the wedding here

A grandmother lost her engagement ring in a family garden. 13...