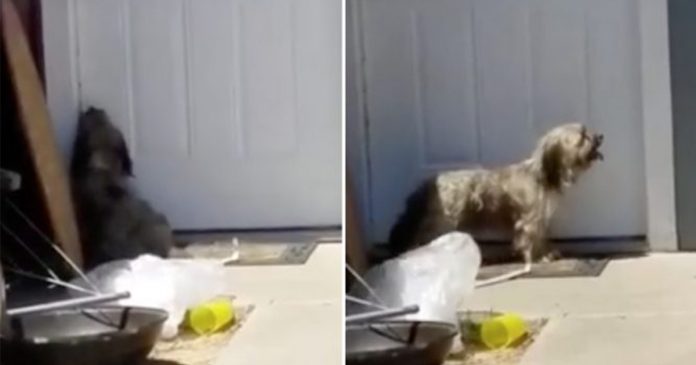 Imagine the fear and sadness this dog might have experienced when his owner, whom he depended on, left him alone. Luckily, things turned out to be happy and good for him soon.

The little dog pressed his head against the front door of his home in Fresno, California, crying to be let in. But sadly, nobody seemed to hear his howling no matter how long he sat there waiting and scratching the door.

He had no idea that this door would never open again—as his owner had moved out, leaving him behind to fend for himself 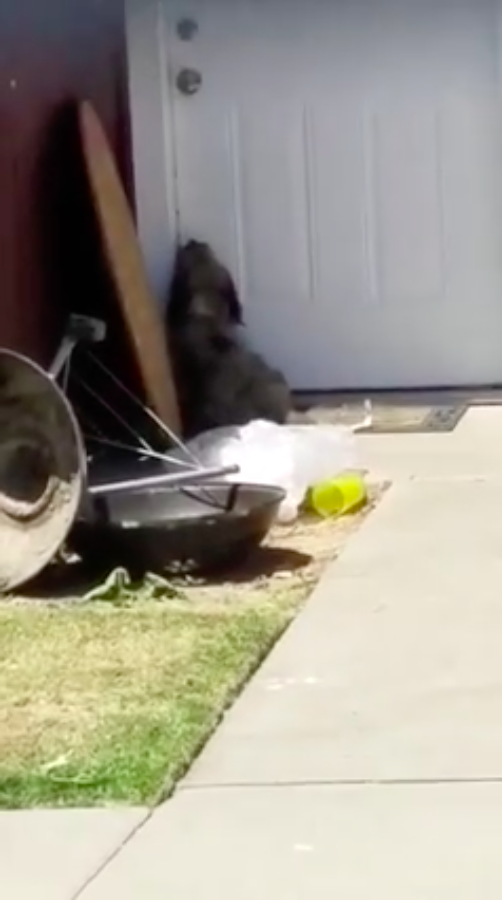 A thoughtful neighbor, Islas Aguillares‎, spotted the dog and captured the footage of him crying and waiting at the door

He then posted the video on Lost & Missing Pets in the 559 Fresno County’s Facebook page.

With the help of social media, the plight of this abandoned dog was quickly made known to many people 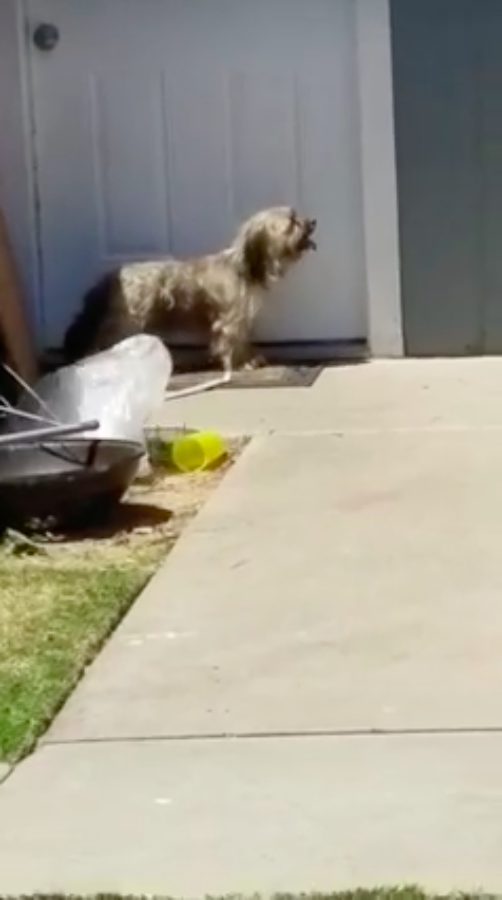 A woman named Shirley Martindale-Horner was the first one to arrive at the dog’s house. She picked him up and took him to the groomer.

“He is at the beauty shop. It will be a couple of hours. They were squeezing him in. Poor guy, probably never had a bath,” Shirley commented on Islas’s post.

After a much-needed makeover, Shirley posted a handsome photo of the nicely groomed dog

The doggie looked so fresh and clean!

In the end, Shirley took the dog to her home, where the doors would always remain open for him. The kind woman eventually named the dog Aubrey.

“God bless Shirley Martindale-Horner he now has a loving home with awesome owners,” Islas captioned the photo of happy little Aubrey, peering through the window of Shirley‘s red pickup truck

The post was shared over 10,000 times, with many praising Shirley for her kindness.

“You are truly a kind soul! Thank you so much for taking this baby in and giving him a home!” one Facebook user wrote.

Another added, “God bless all of you who helped; that video was breaking my heart 2000 miles away.”

“Thank you for taking care of this abandoned pooch and giving him a loving home. The people who abandoned him need to be prosecuted and should never be able to have another pet,” commented another

It’s wonderful to see Aubrey being loved again! Shirley and Islas turned a heartbreaking story into a beautiful one.