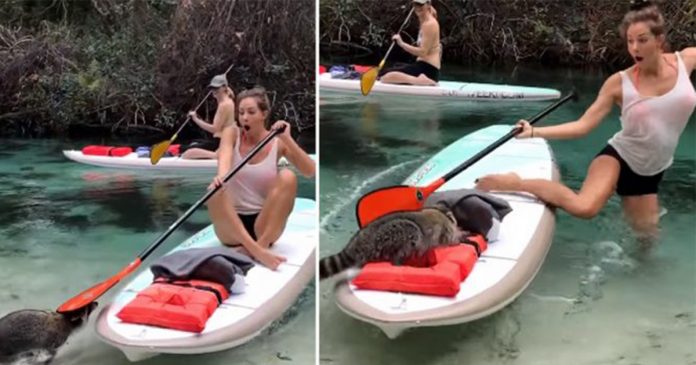 Janna Breslin had gone on vacation at Weeki Wachee Springs, Florida and she encountered the wildlife there like she would have never expected.

The brunette model had a close encounter with one of the residents of Weeki Watchee Springs which turned out to be a sneaky raccoon.

Scroll down to watch the video below! 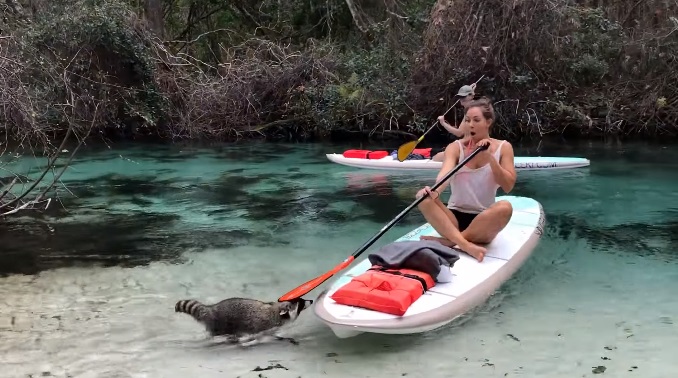 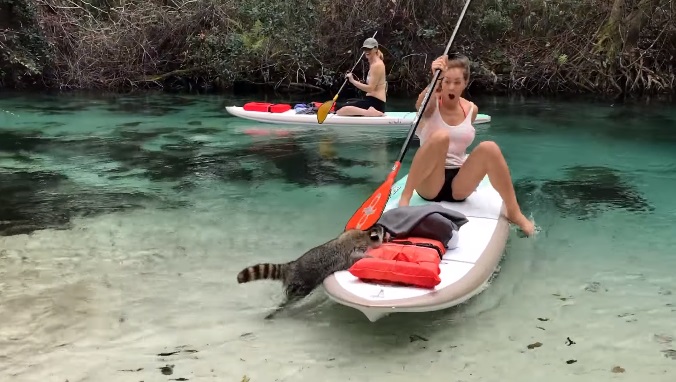 Janna had shared the video recording of the incident on YouTube.

“I guess you could say I’m protective over my food, I still can’t believe that actually happened!!! Yesterday was my first encounter with a wild and very curious raccoon,” Janna wrote 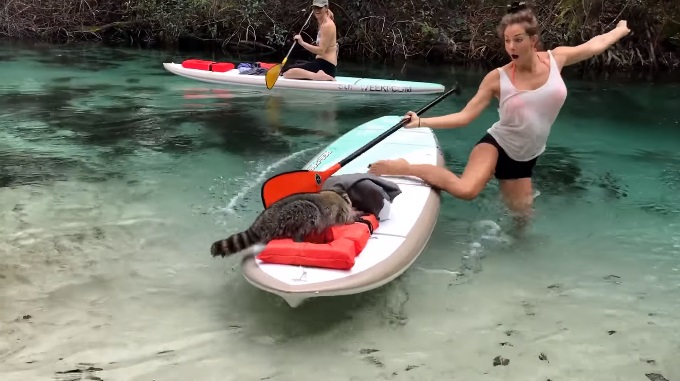 Janna tried to prevent the raccoon from nearing her belongings by using her paddlers but failed when the daring animal decided to hop on board her paddle-board. It then went straight for her bag.

Fortunately, Janna managed to hold on to her bag despite having a bit of a struggle 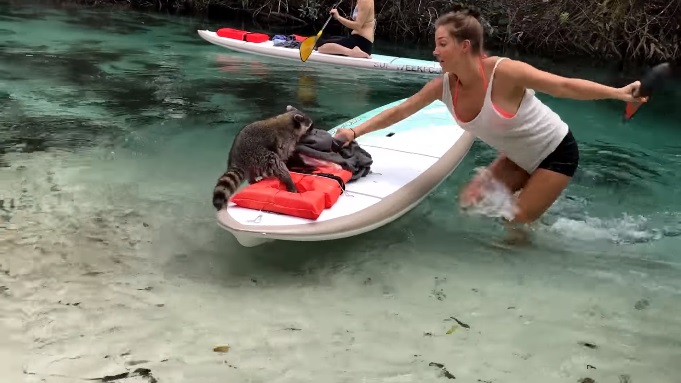 Janna wrote “I’m not happy I had to bonk him on the head, I tried to nicely keep him away from me and my things but once I felt he was not going to let go of my clothing and food, I made a split decision to make sure my belongings were safe.”

She continued “As you can see he swam away and was totally fine. We even saw him walking around an hour later and tried to come up to us again.”

Janna can be seen battling the raccoon for her belongings 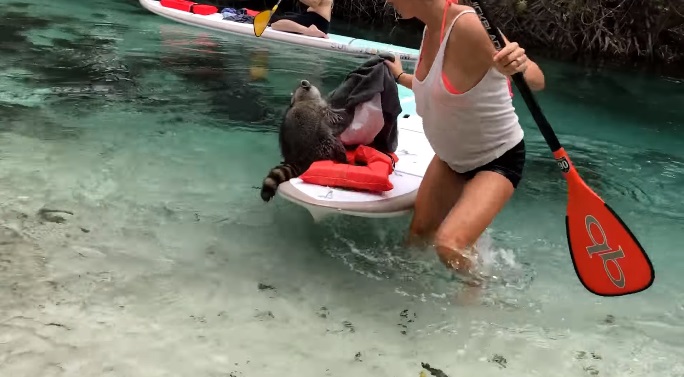 Breslin wrote in the video’s description “Probably the highlight of my Florida trip.”

Watch the hilarious encounter below: