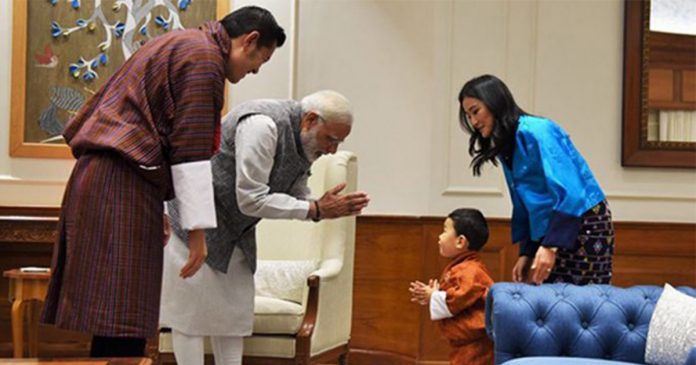 The Bhutanese King Jigme Khesar Namgyel Wangchuck had gone to India for a four-day trip in order to discuss diplomatic matters between the two countries. He traveled there along with his wife, Queen Jetsun Pema Wangchuck, and their one-and-a-half-year-old son, Gyalsey. 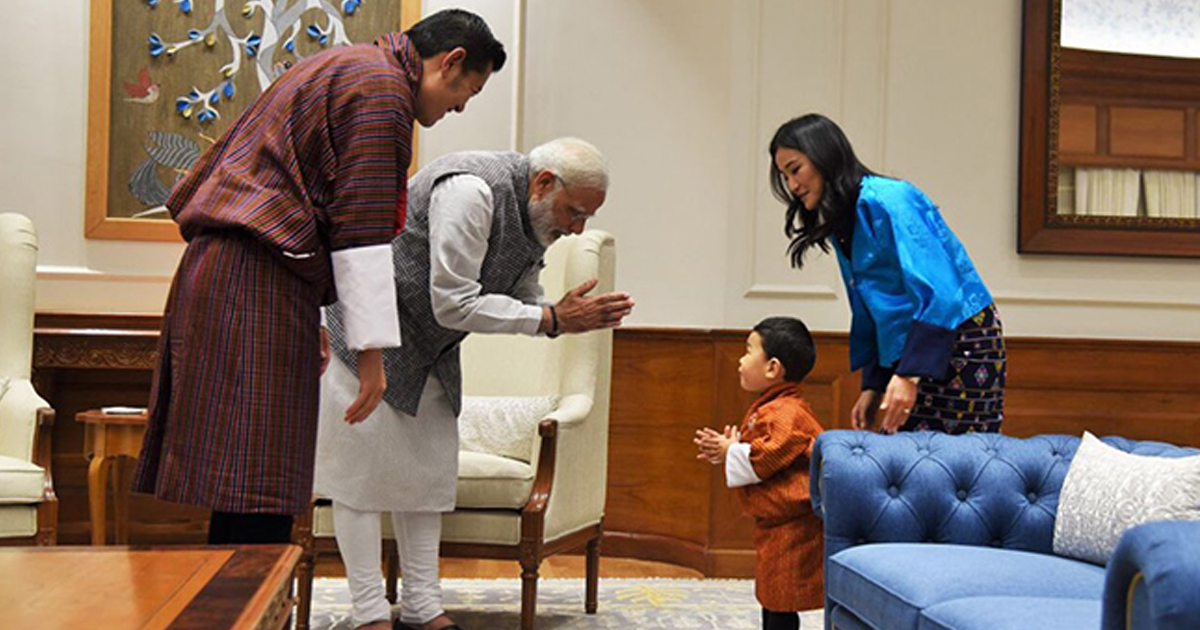 This was their first trip since India and China ended a 73-day-old standoff in Doklam plateau close to two months ago. They discussed the relationship between both India and Bhutan and there were also talks of a golden jubilee celebration to mark the diplomatic ties between the two neighboring countries next year.

The spotlight of the trip however, was on the little prince of Bhutan as he was brought along for most of these discussions and had India’s biggest political figures gushing over him.

The higlight of the meeting was seeing the Prime Minister offer a football to the young prince! 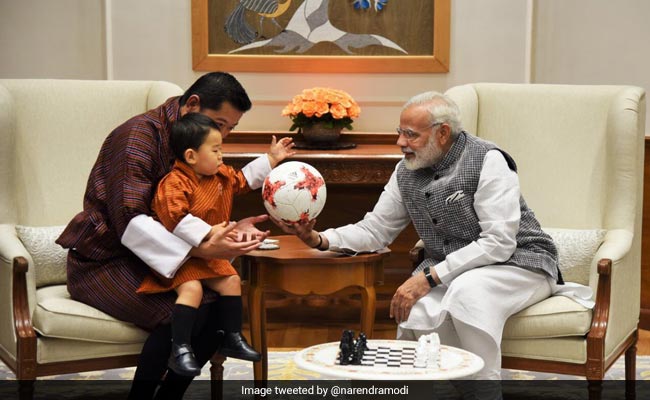 The prince was dressed in the Bhutanese traditional attire called Gho, and looked absolutely precious as he and his parents arrived at India on November 1, 2017. The Indian Prime Minister Narendra Modi met the little royalty and the child could be seen folding his hands to greet the minster ‘Namaste’.

The Indian Prime Minister had been able to put a smile on the young prince’s face by offering him the official FIFA World Cup ball and a chess set. Gyalsey was only too happy to accept the gifts. 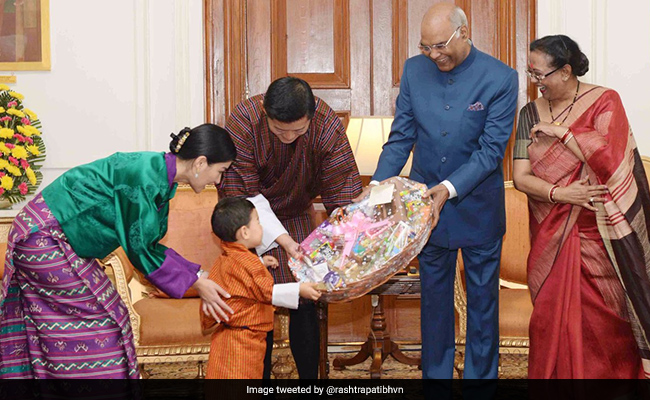 The family then went to Rashtrapati Bhavan where President Ram Nath Kovind and his wife Savita Kovind gave the prince a hamper which was almost as big as he was. The president did this in order to express his gratitude for the fact that the King of Bhutan had played an important role in the issue between the India-China standoff pertaining to Doklam. Rashtrapati and his wife could not take her eyes of the chubby prince dressed in Gho. 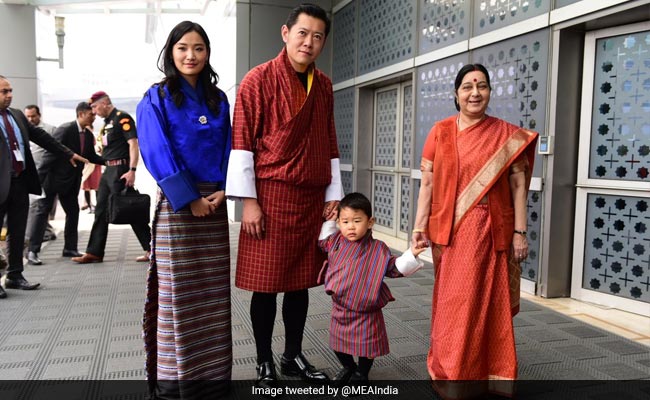 Indian Foreign Minister Sushma Swaraj, who welcomed the presence of the royal family at Indira Gandhi International Airport, Delhi, referred to them as the ‘William and Kate of the Himalayas’. She was also seen pulling the prince’s chubby cheeks as a sign of affection while trying to converse with him. 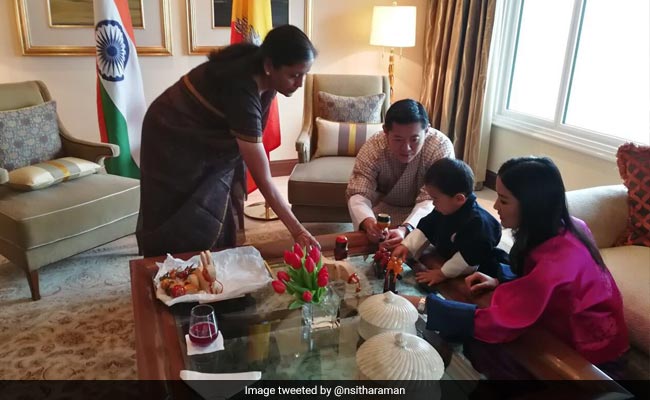 During a meeting with the Indian Defense Minister Nirmala Sitharaman, the prince looked extremely occupied with the traditional Indian toys that were placed on the table for him to play with. Ms. Sitharaman later tweeted, “With His Majesty the King, the Queen & the adorable young Prince of Bhutan. Happy to see HM the Prince like the Chennapatna (Karnataka) toys.”

A plane was forced to turn around because a mom actually...