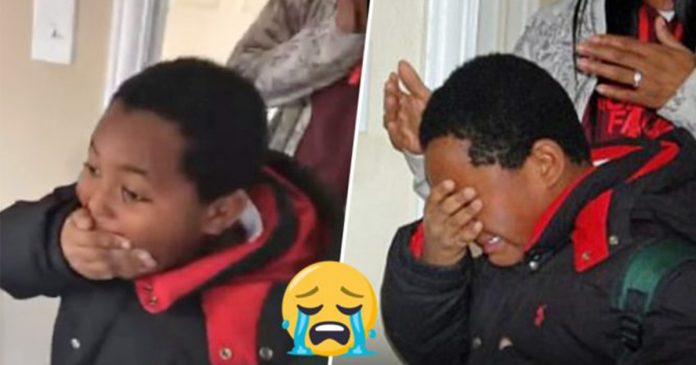 A great deal of people nowadays do not realize just how lucky they are. Most of the populace grew up with a roof over their heads, fresh meals and a comfy bed to sleep on. This life is already better than millions of other people and yet they take it for granted.

Here is a heart-warming story of Daeyrs and his mother Dionna who have been homeless for years. Dionna had a job as a trainee nurse and when she lost that job, she lost the means to provide for herself and her son. They lost their home and moved from shelter to shelter in order to get by.

Scroll down to watch the big reveal below! 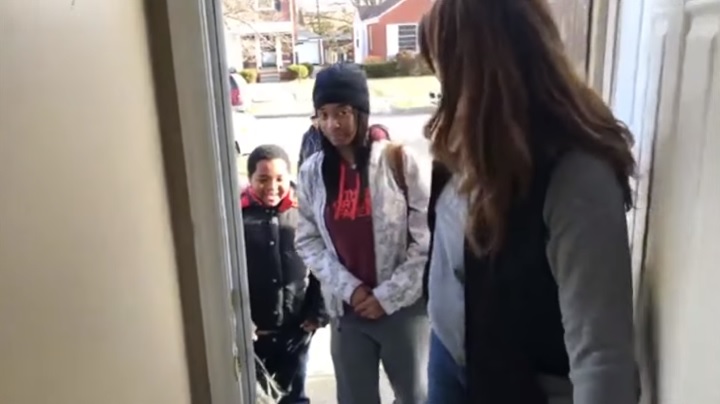 Their situation improved slightly once they were placed in state housing but it was still by no means a comfortable way of living. The only furnishings they had was one blowup mattress and a couple of chairs. Daeyrs had to resort to sleeping in blankets on the floor.

Once they moved into the state housing they only had a blowup mattress and a couple of chairs. Daeyrs was sleeping in blankets on the floor. 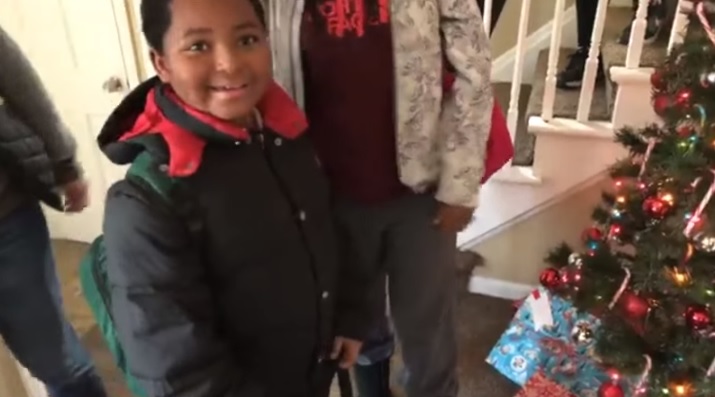 A social worker who was in charge of Daeyrs and his mother reached out to Humble Design which is a charitable organization. They managed to turn the house into a home for the mother and son by fully furnishing it the rooms.

Daeyrs will no longer have to sleep on the floor because now he has a comfortable bed all to himself. The organization also provided toys and art sets for the 8-year-old so he can have the chance at a normal childhood.

Not only that, Daeyrs was also excited to see good food laid out on the table 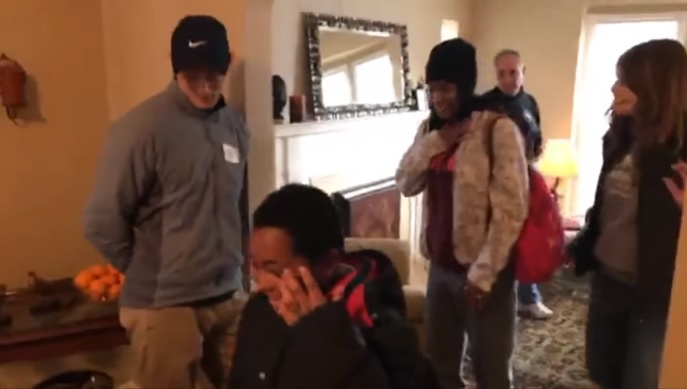 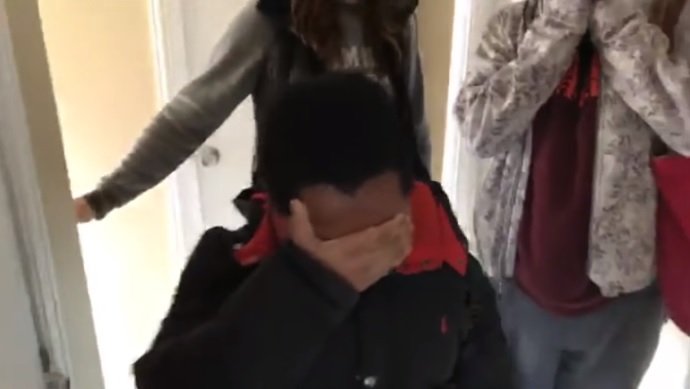 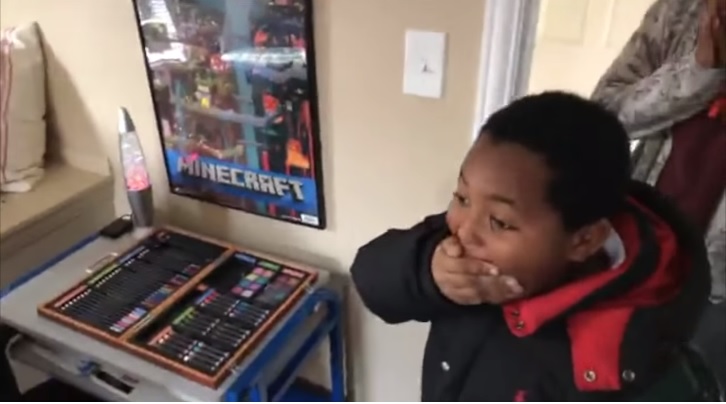 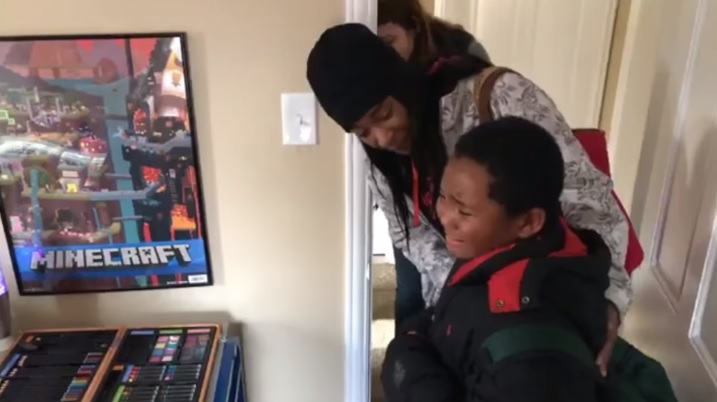 Daeyrs was overwhelmed by his new home 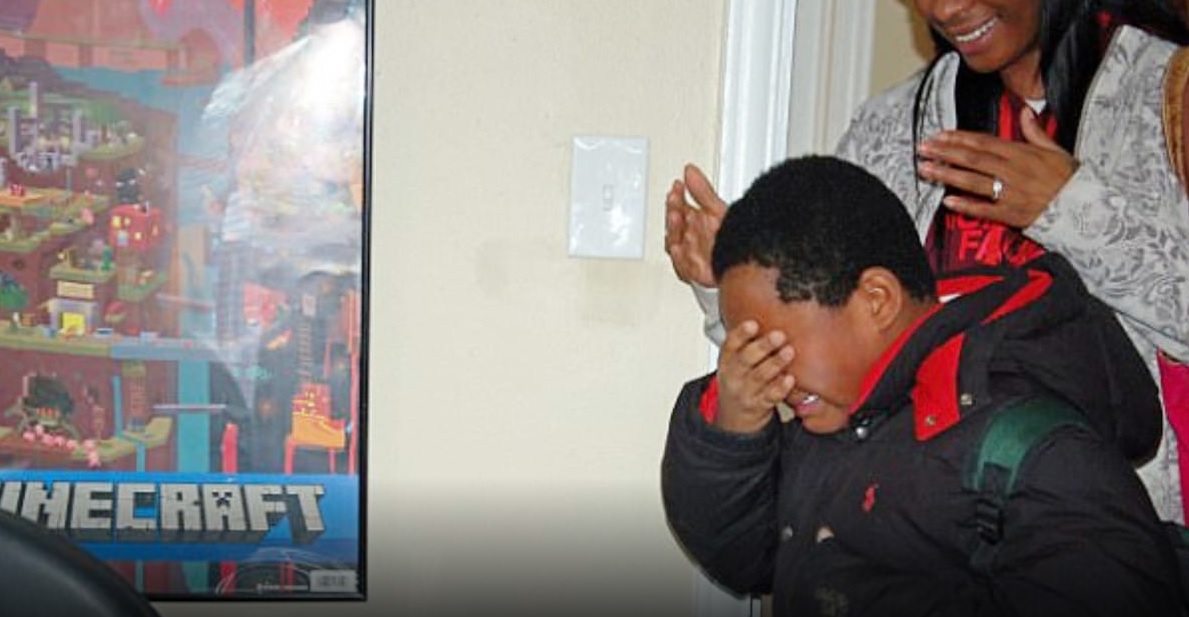 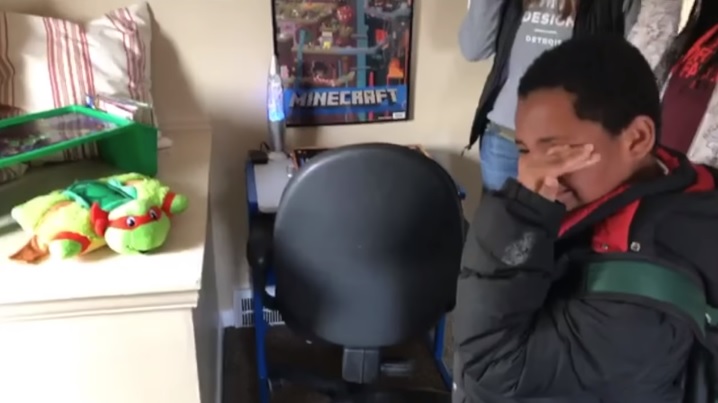 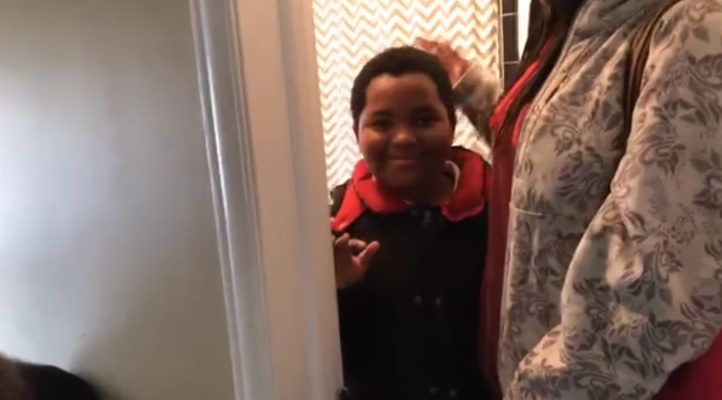 “He was so excited to have his own room, but also so overwhelmed by what having this really means for him after all he’s been through – to have a place to stay and just be a normal kid with no worries,” said Humble Design’s Treger Strasberg 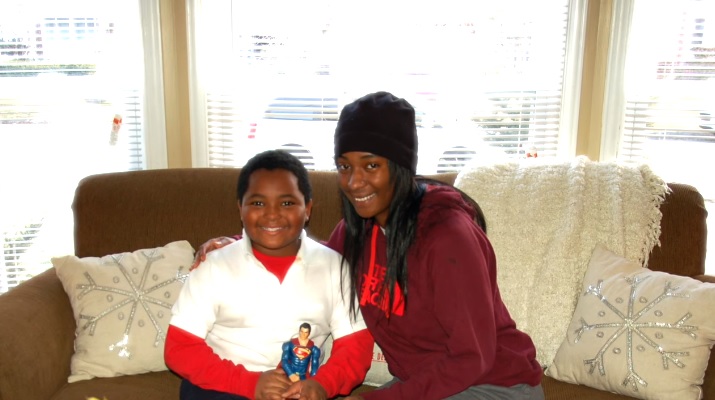 It seems that dreams really do come true for Daeyrs and Dionna at least. A TV crew managed to capture the moment when Daeyrs and Dionna got to see their newly furnished home and their reactions were priceless.