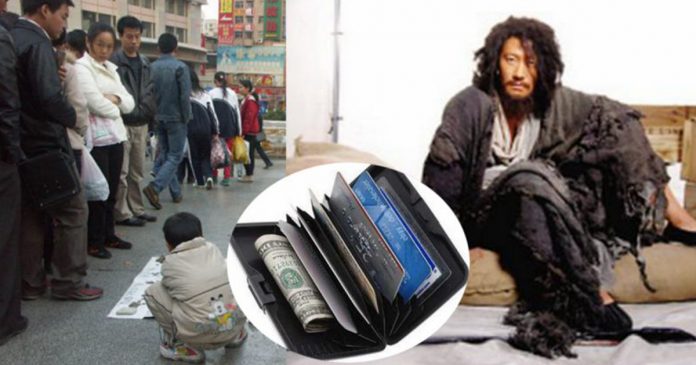 One day, a beggar was walking around looking for a place with a crowd to earn some spare coins. On his back, there was a worn-out bag containing his only change of clothes.

He walked and walked. Suddenly, he saw a wallet lying on the ground. The beggar looked around him but there was no one around.

He then picked up the wallet and opened it.

He was shocked to find a thick stack of money inside with several credit cards and an identity card! 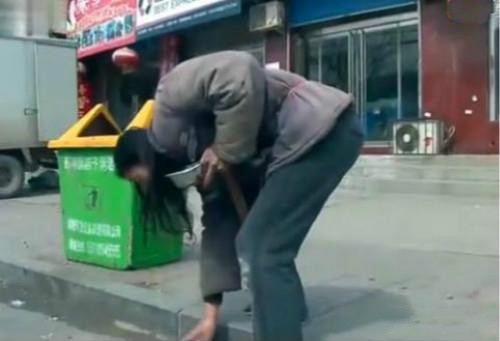 He looked at the wallet and looked around again. His mind was torn between walking away with a wallet full of cash or to wait for the owner to come and collect his wallet. He knew it would be best to return it to its rightful owner. So, he decided to camp on that very spot hoping that the owner of the wallet would show up.

After all, the person who dropped this wallet would be very anxious by then and would look for it 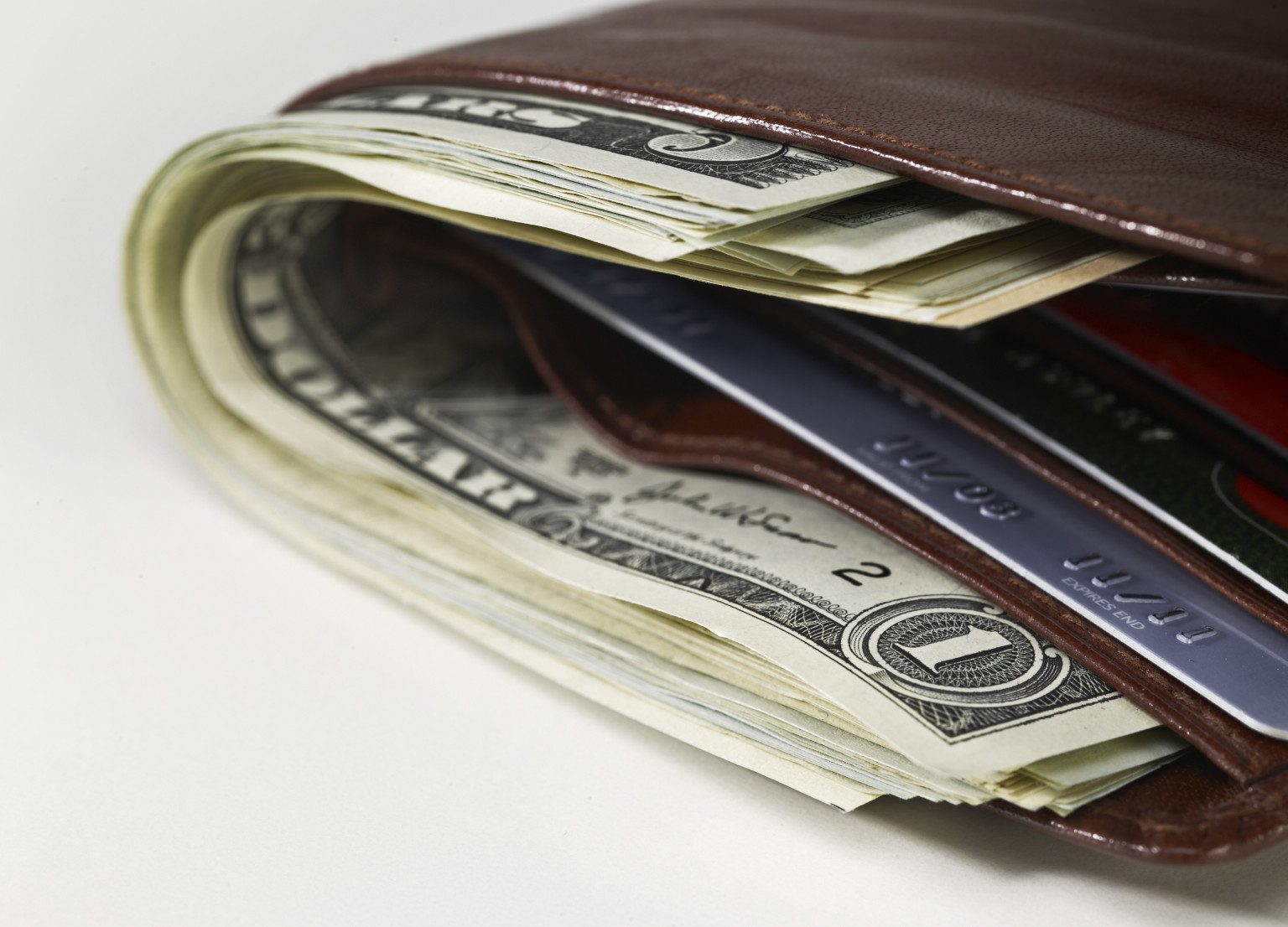 He did not dare to leave the wallet there as someone irresponsible might see it and take the money and the credit cards away.

Even though he was a beggar, he knew that did not give him an excuse to steal someone else’s money. Just like anyone else, beggars have their own principles as well. Thus, he wanted to return the wallet to the owner as soon as possible.

Unknowingly, the day turned into night. The beggar had waited for a day but the owner still did not show up.

Eventually, he decided to wait for a few more days and he moved his camping spot to a location beside the flower bed and continued to wait 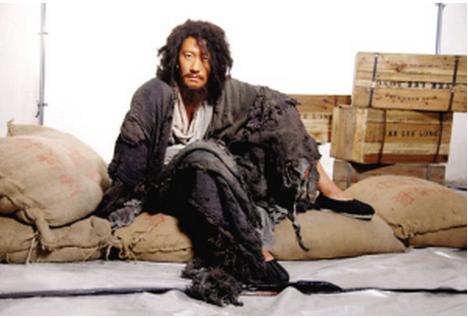 Finally on the third day, there was a man pacing back and forth at the very spot the beggar found the wallet. He seemed to be looking for something important. Then, the man saw the beggar and came over to him. He asked the man in a condescending manner: “Hey beggar! Did you see a wallet lying around here?”

The beggar frowned at the man’s rude words and actions but he nodded and said: “Yes.”

The beggar knew straight away that the man was the owner of the wallet as he has the same looks as the picture on the identity card.

Seeing the beggar’s slow reaction, the man became anxious and said: “Quickly you filthy beggar! Tell me who picked up my wallet. If I find it, I will reward you with fifty dollars”

The beggar kept silent and wondered how to return the wallet to him. He was afraid that the man might accuse him of stealing the wallet by looking at how aggressive the man was.

The man who was apparently could no longer hold his patience said to the beggar: “Hey smelly beggar, tell me quickly who took the wallet! I need my identity card for some urgent applications. If I find it, I will reward you with 100 dollars”

As the man continued to treat him with no respect, the beggar lost his composure when he heard those words. He may be a beggar but he also has the rights to be treated as a human.

You might have clean and neat clothes on you but does it mean you are more superior than anyone else whose clothes are not from well-known brands? Does it justify your action to disrespect others?

With these thoughts in mind, the angry beggar intended to punish this arrogant man. He said: “I know who picked up your wallet and where that person is right now. I can tell you where he is but you must kneel down and apologise to me. Your words have discriminated us beggars.” 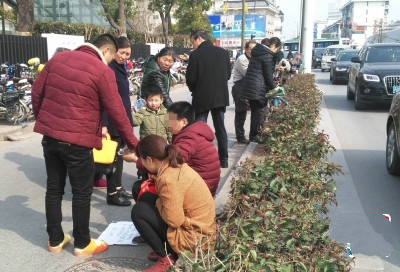 After hearing the beggar’s words, the man raised his fist in an attempt to punch the beggar but he did not dare to do so as he was really desperate to find his identity card.

To make sure that the beggar was not telling a lie about knowing where his wallet was, the man asked: “What evidence do you have to prove that you have seen the wallet?” 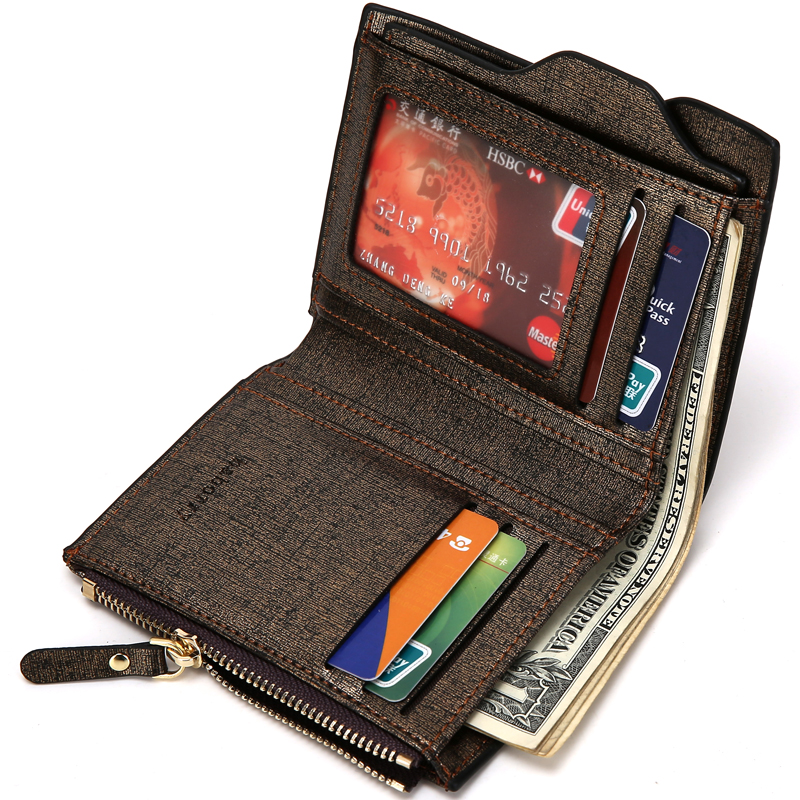 After confirming that the beggar has seen his wallet, the man quickly knelt down and apologised to the beggar for his disrespectful words as he told the beggar that he really needed his identity card urgently.

Onlookers who witnessed the incident praised the beggar and said he did the right thing to teach this arrogant man a lesson.

After the man apologised to him, the beggar brought out the man’s wallet and said: “It is never wrong for you to kneel down to admit your mistakes. I have been waiting for three days for you to show up so that I could return the wallet to you but then when you do show up, you disrespect me straight away” 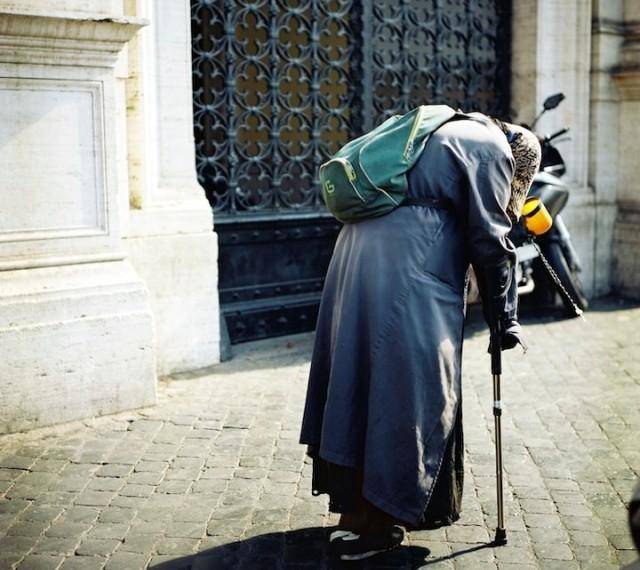 After saying those words and returning the wallet to the man, the beggar then picked up his belongings. He turned around and walked away.

The man could only stand there feeling embarrassed at his actions. Had he not being such an ill-mannered person, he could have gotten his wallet easily and the beggar would not be resentful towards him.

In fact, he should be grateful that the beggar chose to stay at the same spot under the sun and in the cold just to wait for him to collect the wallet.