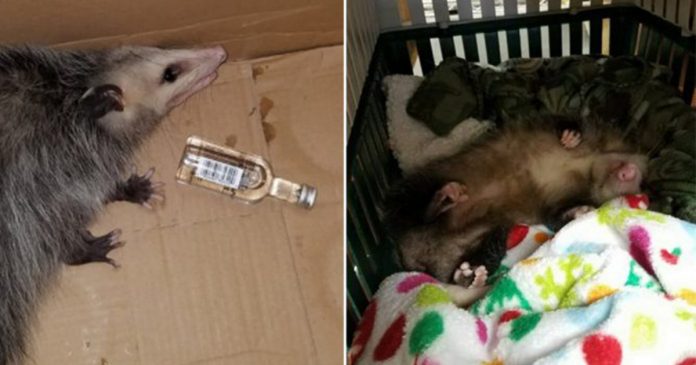 For many, the holidays are a opportunity to let your hair down and unwind. Whether you’re stuffed from a Thanksgiving feast, or trying to recover from some intense holiday shopping, a little rest and relaxation does the body good.

In Fort Walton, Florida, even the wildlife is taking that sentiment to heart. Following the Thanksgiving holiday, an employee at Cash’s Liquor Store arrived one morning to open up shop for the day.

He found something he would have never expected. The owner of the store, Cash Moore, says he’s never had an opossum break-in before. There’s a first time for everything.

Laying on the floor beside a broken bottle of $30 Courvoisier cognac was an opossum, inebriated from a night of drinking.

“She came in from the outside and was up in the rafters, and when she came through she knocked a bottle of liquor off the shelf,” Moore told the Northwest Florida Daily News.

He added that, as far as he knew, the opossum was at the legal drinking age. “When she got down on the floor she drank the whole damn bottle.”

Moore and his employees decided to call the Emerald Coast Wildlife Refuge. Officials at the refuge appeared just as confused, and amused, as the liquor store employees.

Michelle Pettis, a wildlife health technician at the refuge, identified the opossum as a juvenile female. Teenagers are always getting themselves into trouble! 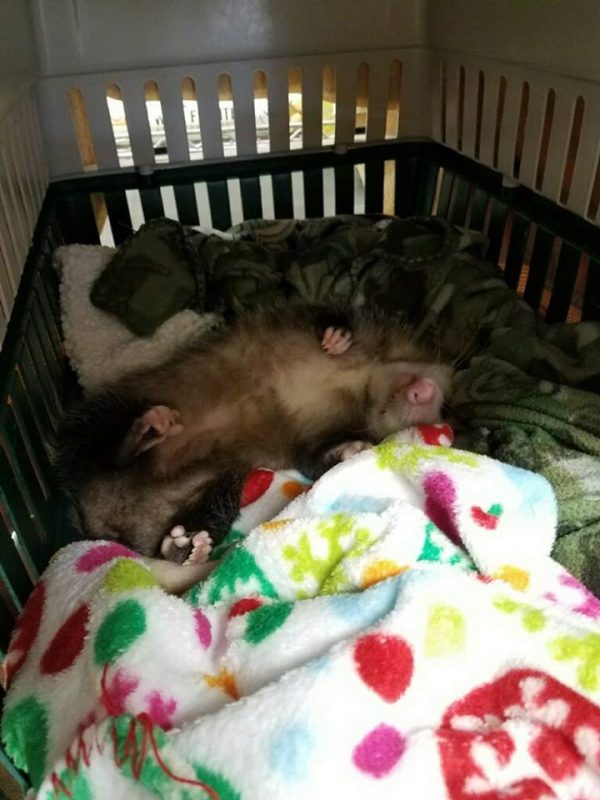 “A worker there found the opossum up on a shelf next to a cracked open bottle of liquor with nothing in it,” Pettis said to reporters from the Northwest Florida Daily News.

“Assuming the opossum drank it all, he brought her to us, and we looked over her and she definitely wasn’t fully acting normal.” Pettis added that the opossum was “excessively salivating and appeared to be pale.”

The wildlife animal professional conceded that it was the first time she’d ever responded to a call about a drunk opossum.

Fortunately, there was no need for any surgery or immediate emergency response by the rescue team. A police officer transported the opossum back to the refuge center, where she could be closely monitored and “sleep it off” safely.

Technicians pumped the opossum full of fluids to stave off the effects of a hangover.

They released her a few days later 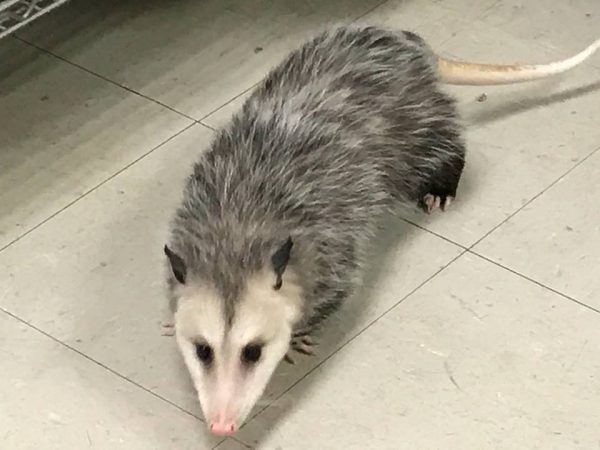 The opossum made a full recovery and was ready to rejoin the free world after a week-long stay at the refuge center. Officials say there were no lasting effects.

“We loaded her up with fluids to help flush out any alcohol toxins,” Pettis said. “She was good a couple of days later.”

Sobered up and ready to take on the world, she is back in her natural habitat—while the staff at the Emerald Coast Wildlife Rescue hope they won’t see her again.

Meanwhile, Cash sees it as the ultimate endorsement of his business. “It just goes to show that even the animals are impressed with Cash’s,” he said.