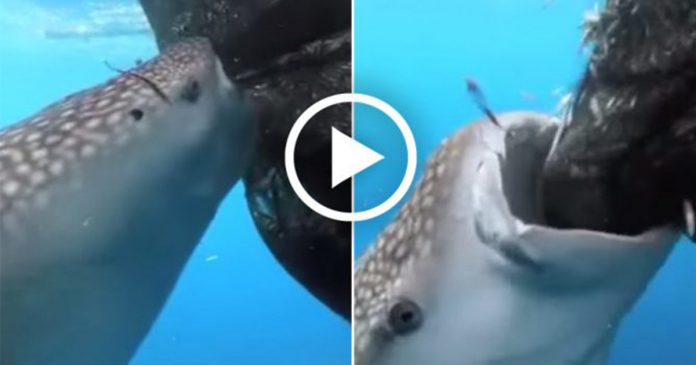 Whale sharks are gentle giants in that, they move slowly and are not known to pose a threat to humans despite their size which can rival certain species of whales. The whale shark is classified as a kind of carpet shark whose diet mainly consists of filter-feeding on plankton and small fish or squids.

Recently, Conservation International which is an environmental group based in Virginia caught rare footage of a whale shark using it’s massive mouth to suck bait fish from the holes in a fishing net.

The video was taken in Canderawashih Bay, Indonesia.

Although the video only lasted for a mere 46 seconds, a marine biologist named Heather Spence stated in an email that the footage captured is proof that this species also eats small fish and that they have the ability to learn.

Scroll down to watch the video of the cheeky whale shark!

This feeding behavior is extremely unusual as stated by a Conservation Officer at Shark Trust, John Richardson. He says that the whale sharks at Cenderawasih Bay have “become accustomed to being hand-fed by the fishermen and appear to be non-migratory.” This is particularly out of the ordinary as whale sharks generally travel far and can cover vast distances. 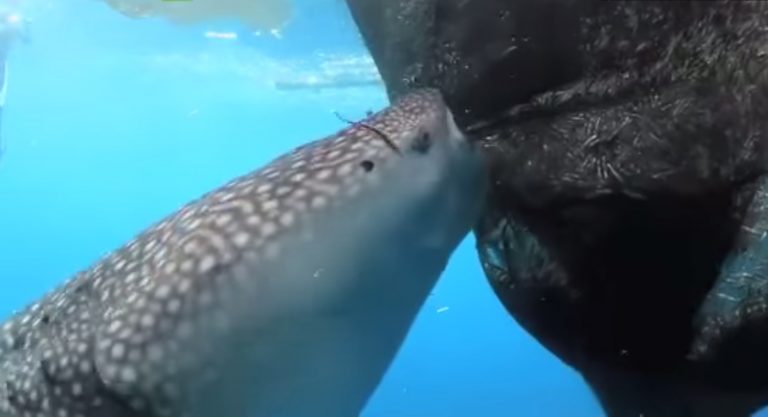 This feeding behavior is extremely unusual 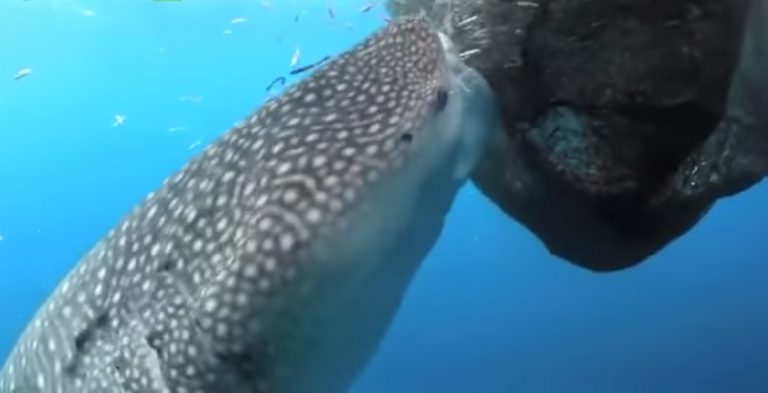 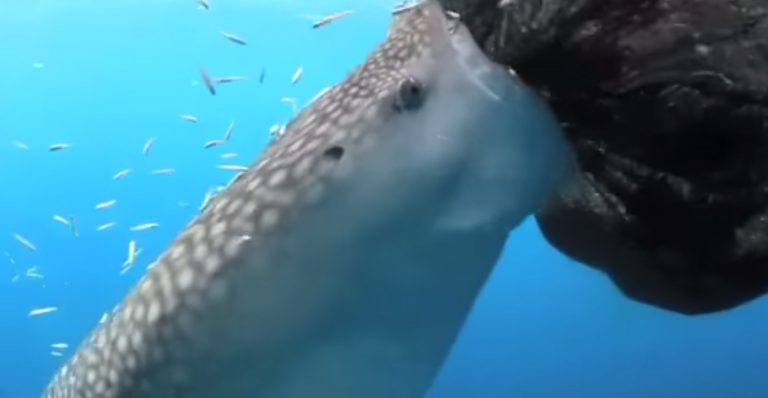 They then release the water through their gills like a strainer

The fishermen are trying to come up with solutions to avoid this happening again as they suffered a loss in their haul of bait fish and their nets were damaged.