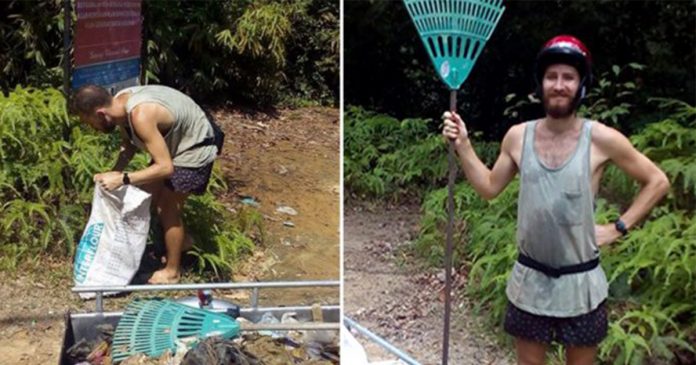 Malaysia is a beautiful Southeast Asian country located in the Malay archipelago. Since the country is located near the equator, it enjoys tropical weathers almost all year round which makes it an amazing tourist destination any time of the year.

The country of Malaysia which includes Sabah and Sarawak, a part of Borneo, is home to a myriad of flora and fauna species’. Many people around the globe envy the country but a majority of it’s population seem to seriously take it for granted and have become careless of it’s natural environment.

Just a few days ago, pictures of a foreigner who visited the country went viral as it was rapidly circulated on social media platforms.

Tim Campbell armed with a helmet and a rake 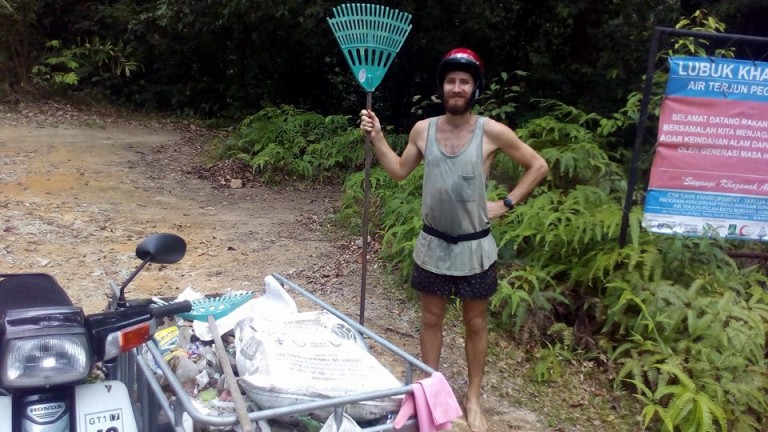 Australian Tim Campbell took a trip on his motorcycle to a waterfall but he did not intend on swimming in it’s cool and refreshing waters. Instead, he brought various cleaning equipment such as rakes and gunny sacks.

He wanted to clear the area of dried leaves and rubbish which has been thrown by people into the bushes surrounding the Pecah Batu waterfall.

He wore a simple grey singlet and black shorts as he walked barefoot along the bank and picked up all the pieces of rubbish he could find. This made locals extremely thankful but also embarrassed as well. 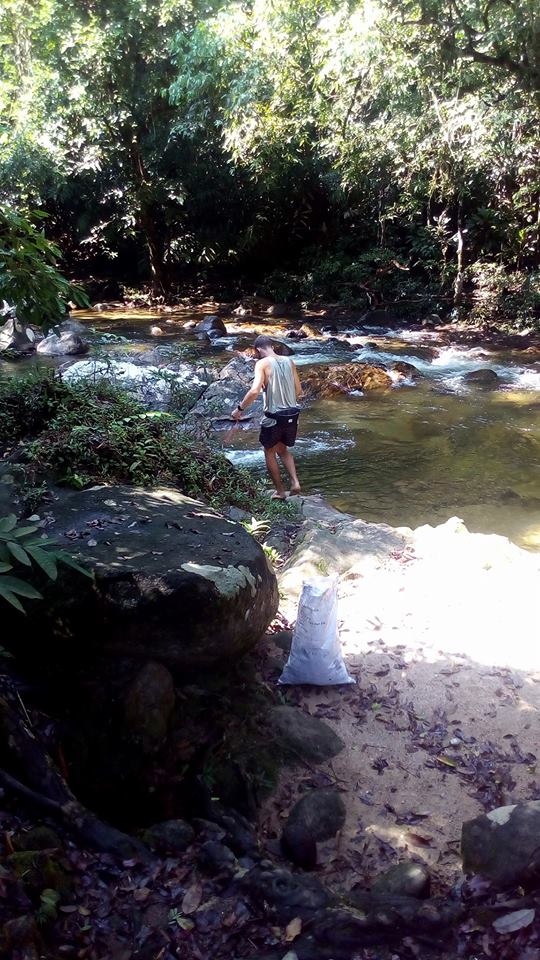 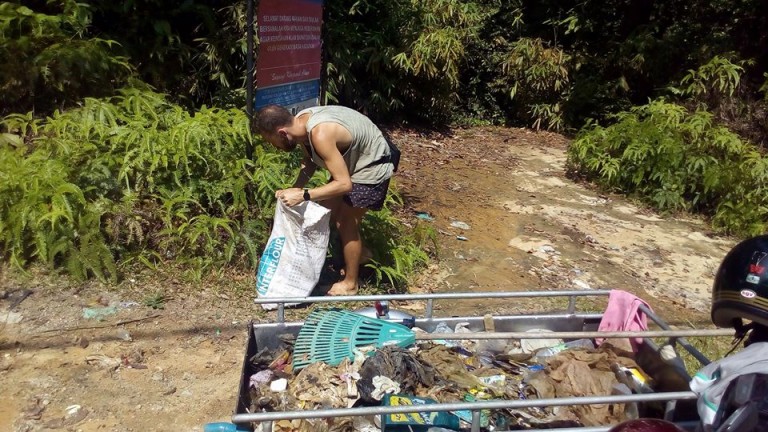 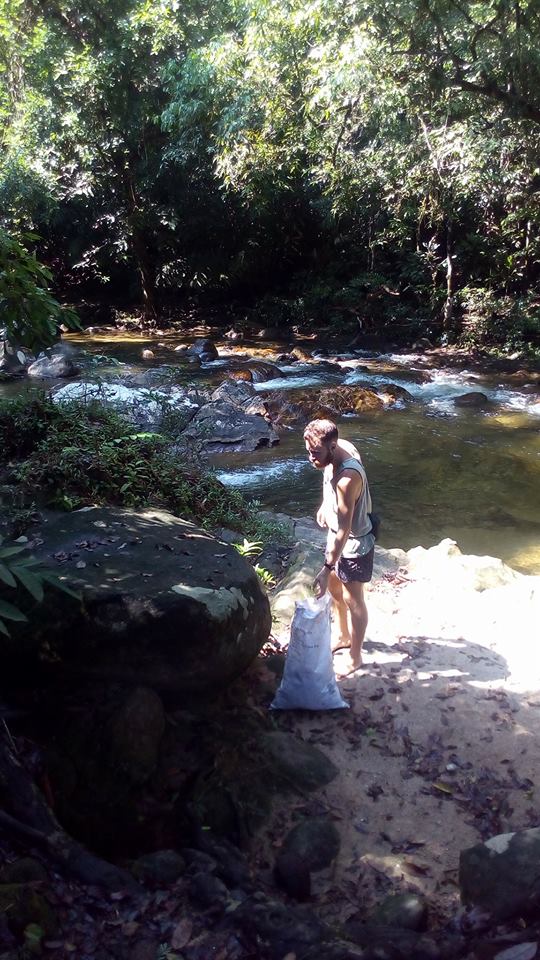 Needless to say the photos provoked feelings of happiness, embarrassment  and guilt among locals. Here are examples of comments which were written in response to the photos of Campbell that were posted on social media:

“Can you see just how much rubbish Tim managed to gather? If we do our part, there shouldn’t be any rubbish in the sidecar of the motorcycle,” a netizen said.

“As a local, I’m deeply embarrassed by this man’s action because it was us, the locals, who created the mess but it was a foreigner who actually cleaned it up,” another Facebook user said.

At least now locals and visitors alike got the message and will not take mother nature for granted and increase their vigilance as well as to be more wary to dispose rubbish in a proper manner.