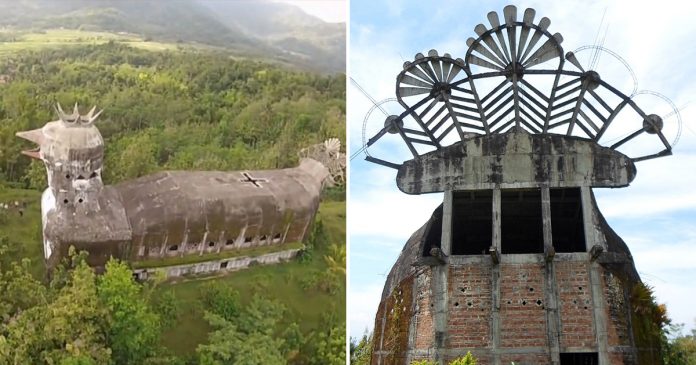 Places of worship such as churches, mosques and temples are known for their elaborate and intricate architecture. It is a place where people of the same faith gather to carry out the acts of praise and worship.

In the jungles of Indonesia however, there lies an unusual structure which sticks out like a sore thumb amidst the dense vegetation. It is an abandoned building which is said to be a church but it is unlike any the world has seen before as it resembles a giant chicken! 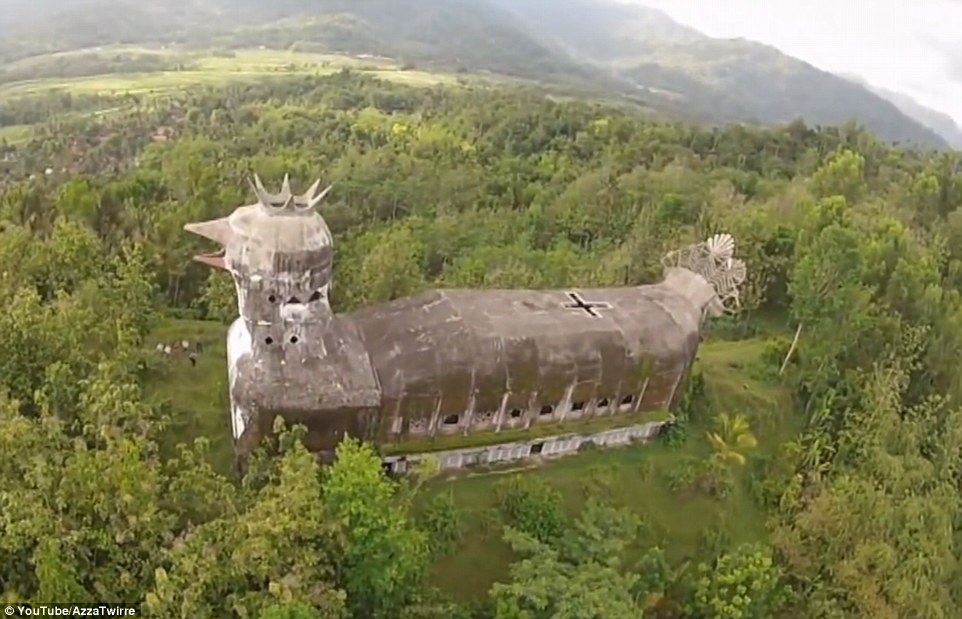 The chicken church, or “Gereja Ayam” as locals call it, sits in the forests of Central Java on the hills of Magelang, Indonesia. The construction of this edifice began in 1990 when the eccentric creator, Daniel Alamsjah, received a divine vision from God prompting him to build a prayer house which was supposed to resemble the likeliness of a dove.

While he was strolling through Magelang, which was where his wife’s family lived, he stumbled across the exact spot he had seen in his vision. He was not rich and had to negotiate with the farmers there for the plot of land. In 1990 he bought 3,000 square meters of land located on Rhema Hill for Rp 2 million ($170). He had to pay these farmers in installments over the course of 4 years. 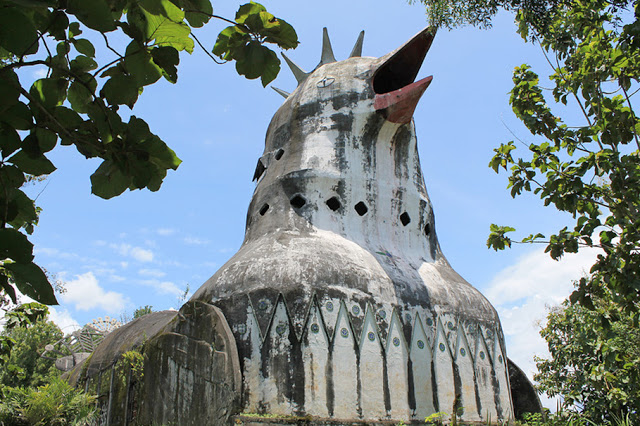 According to Alamsjah, the huge structure was not meant to be a church or a chicken. It was meant to be a prayer house where people of all faiths can come together under it’s roof to carry out worship. Christians, Muslims and Buddhists came from all over to worship in their own ways in the building which was meant to look like a dove.

Each of the other floors were used as a place of healing and rehabilitation catered for drug addicts. 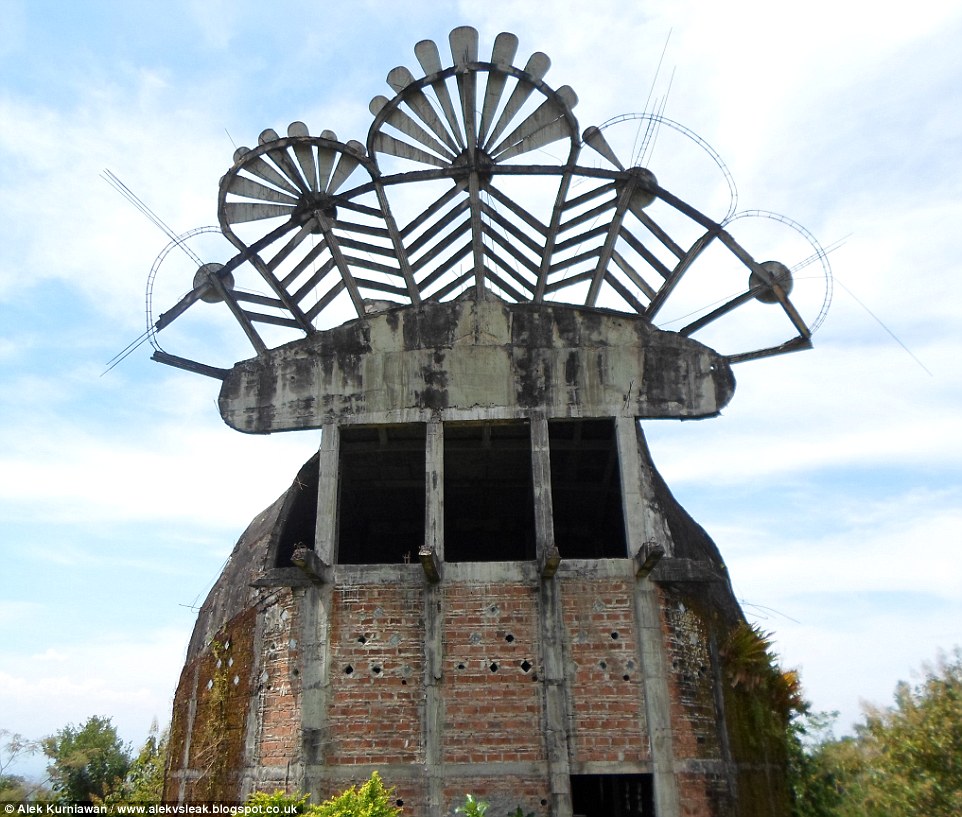 Although it was never finished, the Chicken Church has become an object of fascination as many people from around the world who visit Indonesia are likely to visit this peculiar building. The church officially closed it’s doors in the year 2000 as the costs of construction became too high to continue the project.

The church has abandoned construction in the year 2000 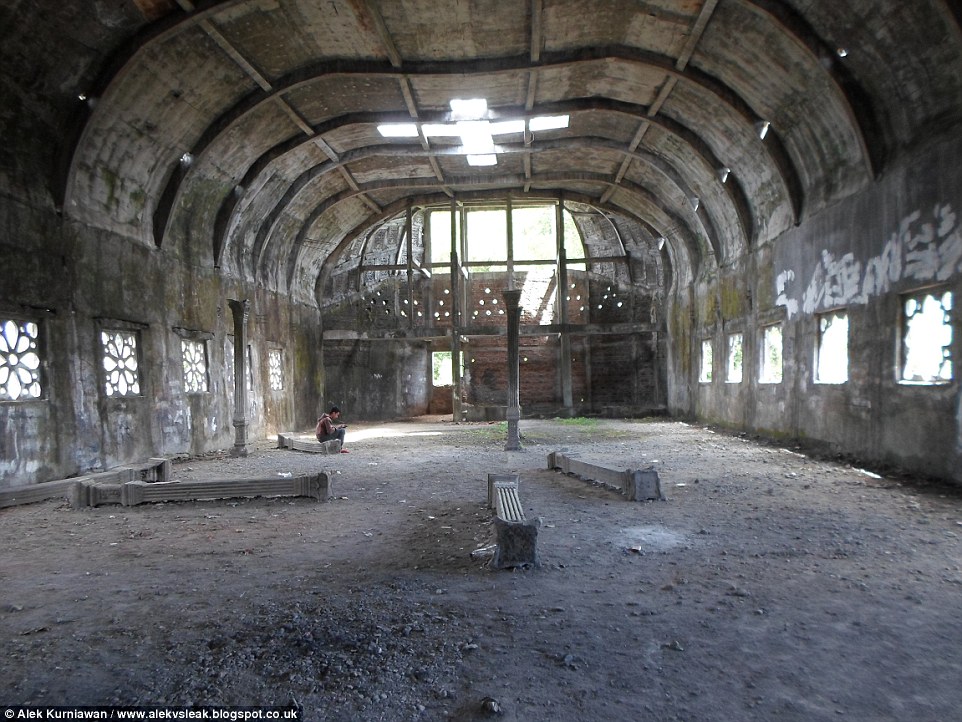 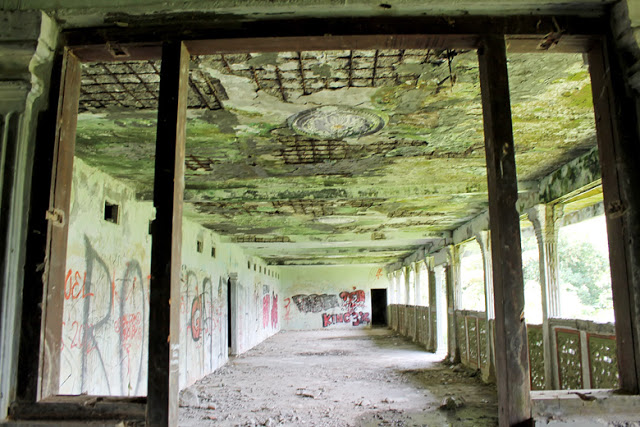 Let us know if you would like to visit this peculiar Chicken Church in the future!

Items that can cause a serious explosion if you store them...