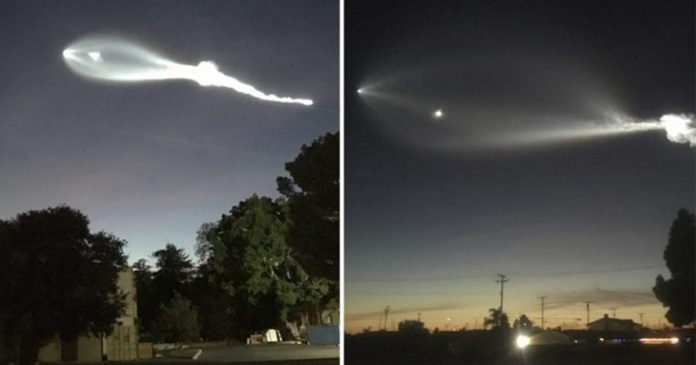 VANDENBERG AIR FORCE BASE, Calif.— A reused SpaceX rocket carried 10 satellites into orbit from California on Friday, leaving behind a trail of mystery and wonder as it soared into space. 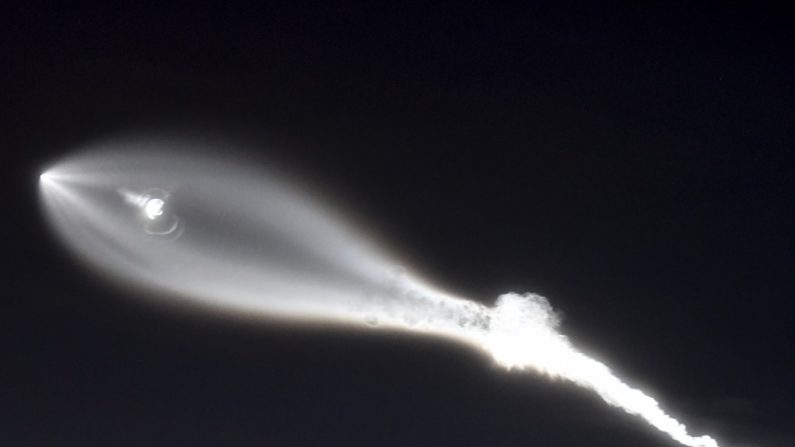 The Falcon 9 booster lifted off from coastal Vandenberg Air Force Base, carrying the latest batch of satellites for Iridium Communications

The launch in the setting sun created a shining, billowing streak that was widely seen throughout Southern California and as far away as Phoenix.

Calls came in to TV stations as far afield as San Diego, more than 200 miles south of the launch site. 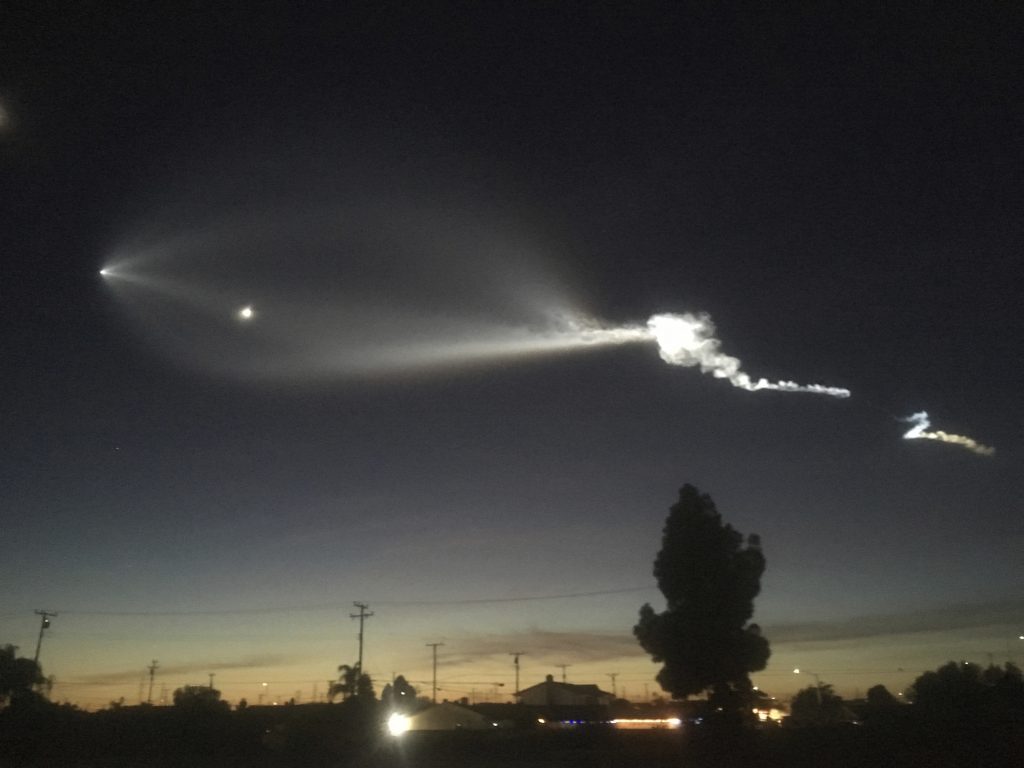 The Los Angeles Fire Department issued an advisory that the “mysterious light in the sky” was from the rocket launch.

Jimmy Golen, a sports writer for The Associated Press in Boston who was in Southern California for the holidays, said he and other tourists saw the long, glowing contrail while touring Warner Bros. studio in the Los Angeles suburb of Burbank.

“People were wondering if it had something to do with movies, or TV or a UFO,” he said. “It was very cool” 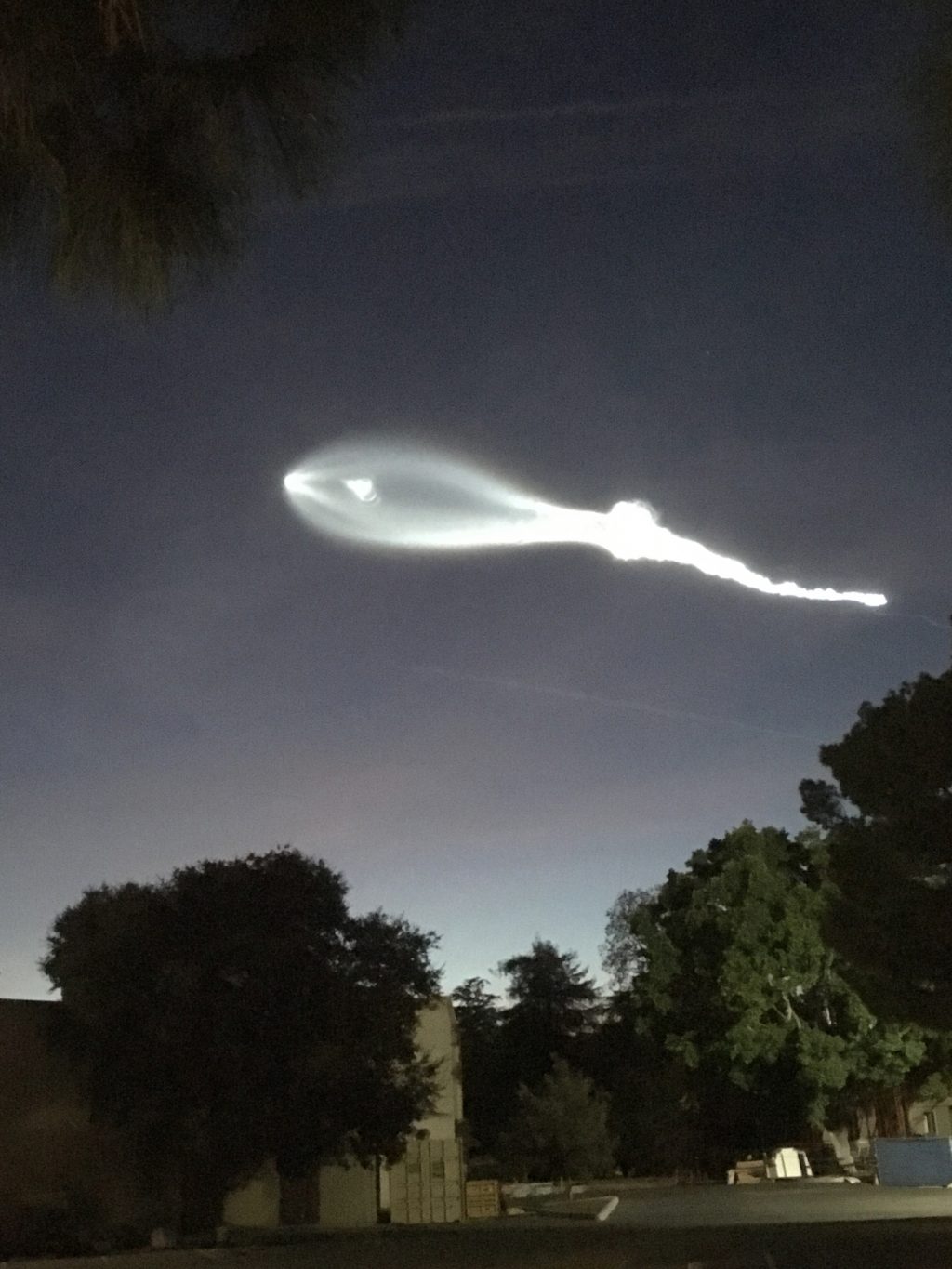 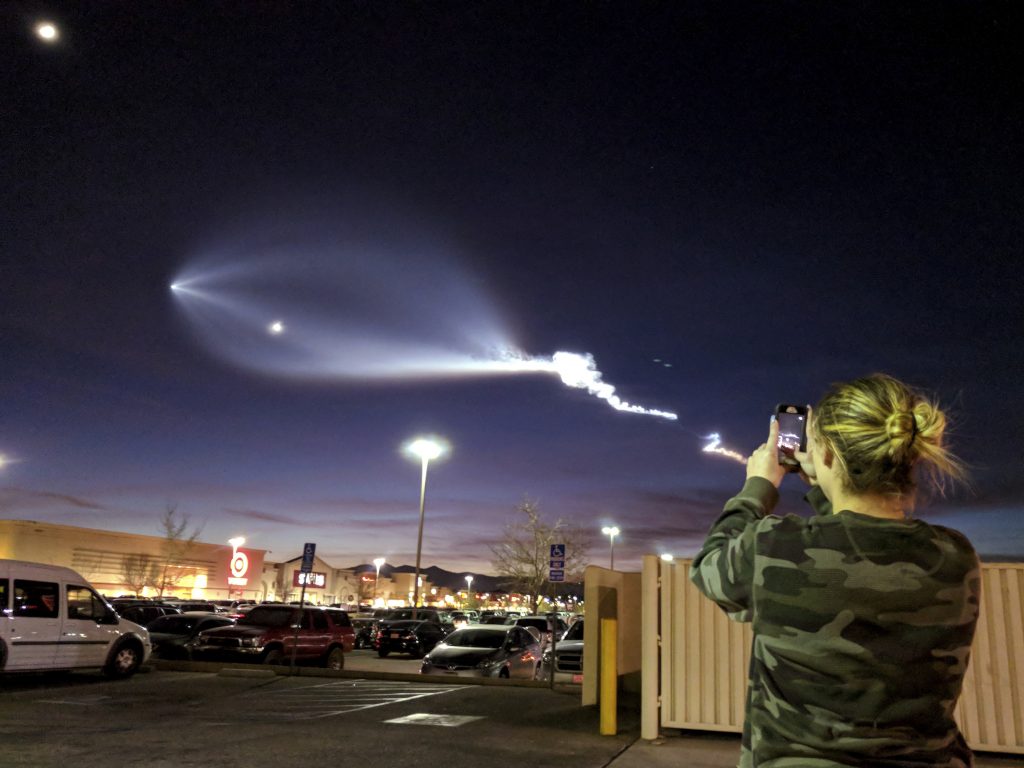 The same rocket carried Iridium satellites into orbit in June. That time, the first stage landed on a floating platform in the Pacific Ocean. This time, the rocket was allowed to plunge into the water.

It was the 18th and final launch of 2017 for SpaceX, which has contracted to replace Iridium’s system with 75 updated satellites. SpaceX has made four launches and expects to make several more to complete the job by mid-2018.

The satellites also carry payloads for global aircraft tracking and a ship-tracking service.

This young boy is only 5 years old but he is...