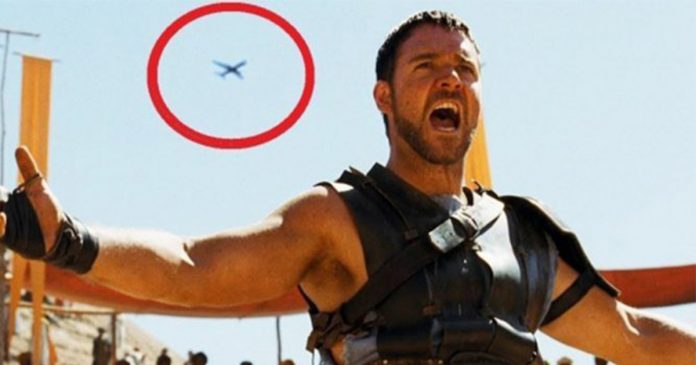 With the amount of crews involved in behind the scenes and the long editing process of a movie, it seems that there is no room for errors. However, sometimes tiny errors slipped off and make their way to final films. From reflection of crews in the mirror to modern props in a period movie, these movie mistakes are easily spotted by sharp-eyed movie lovers.

This romantic fantasy movie is about a teenage girl, Bella Swan who falls in love with the handsome vampire Edward Cullen.

One of the classic movie errors is accidental appearance of film crews in movie scenes. If you watch the movie carefully, you will spot a reflection of a cameraman on the truck’s windshield. 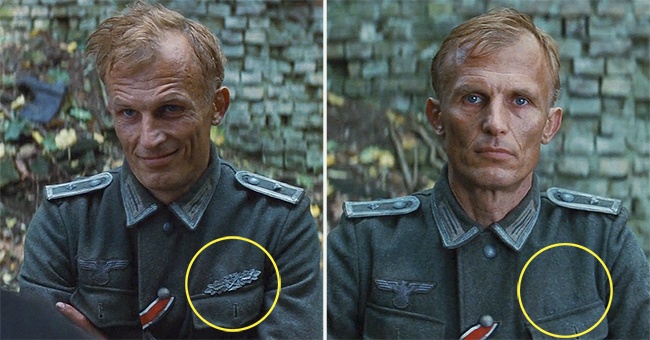 Written and directed by James Cameron, this epic science fiction movie is set in the year  2154 on Pandora, a fictional Earth-like moon where Pandora natives, the Na’vi fights humans whom have been engaging in exploiting their natural resources.

In the early scene of the movie, it can be clearly seen that a wheelchair does not appear when the main character, Corporal Jake Sully opens the capsule. However, it magically appears next to him in the next shot.

This sequel to science fiction movie The Terminator tells a story about character Sarah Connor and her son John Connor whose being chased by T-1000 in order to stop him from being the leader of human rebels.

Near in the beginning scene, the Terminator whose in charge to protect John shields him from T-1000’s bullet shots with his back and it causes holes on the Terminator’s jacket. Seconds later, his jacket looks brand new and there is no holes to be seen!

Apparently, the same mistake happens again in another scene of the movie where the truck that T-1000 drives does not have windshield but it seems that the truck suddenly has a windshield after it falls off a bridge. 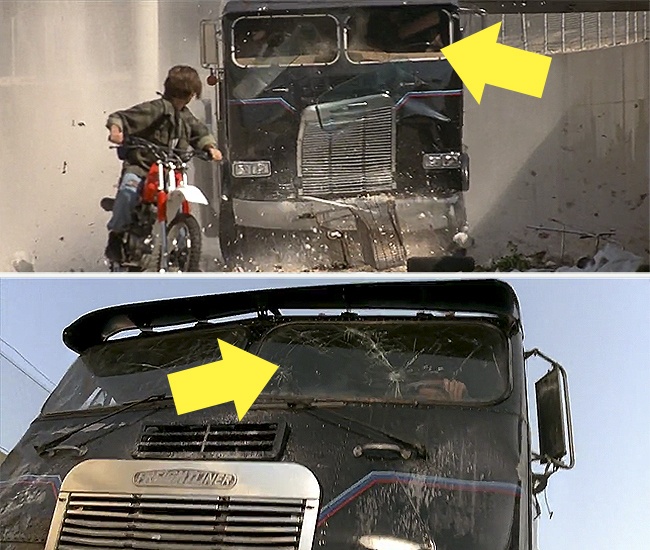 One of the highest-grossing movies of all time, Titanic is about a love story between upper class girl, Rose and her lower class lover, Jack which ends with a tragic ending.

In a movie where the ship is the main focus in most of the scenes, it is pretty important to get perfect and consistent shots of the ship but it appears that the deck looks different in two scenes.

#6 Pirates of the Caribbean: The Curse of the Black Pearl

Many extras are used in this historical fiction movie and they are dressed just like Captain Jack Sparrow and his ship crews but if you look closely, you will spot a man in a modern attire in one of the scenes!

This movie is a favourite among historical movie fans. It tells a story about the life of the infamous French queen in the years leading up to French Revolution.

Even though the queen is known for her extravagant lifestyle and fashion, we do not think a pair of Converse sneakers exist in her time. 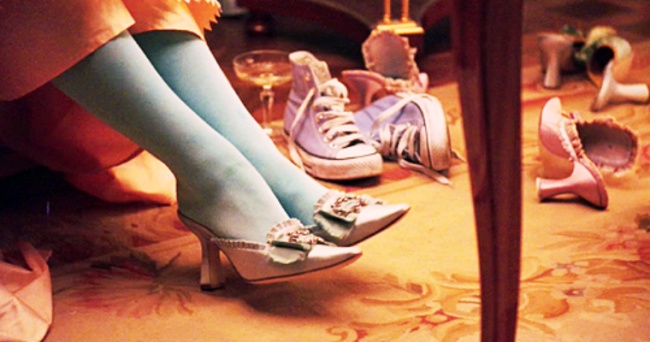 One thing about making a movie from a specific time setting is it is crucial to get props that are used in the era and to not include anything from the future. Just like this movie where the crew forgot to peel the Lamborghini car poster off the wall in one of the scenes.

Since the film is set in the year 1985, it may not look appropriate for poster which features a Lamborghini Aventador that was only first released in 2011.

It can be clearly seen in the first shot where the car got a serious dent when Thor destroys everything but it looks pretty fine in the next shot. 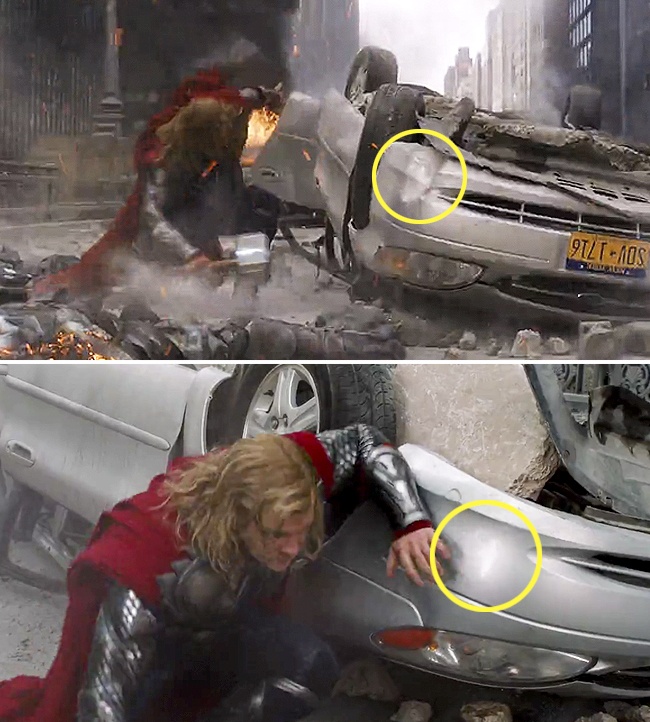 In the film, it appears that John Bennet holds his smartphone upside down in the entire movie. But, who are we to argue when he can make calls just fine. 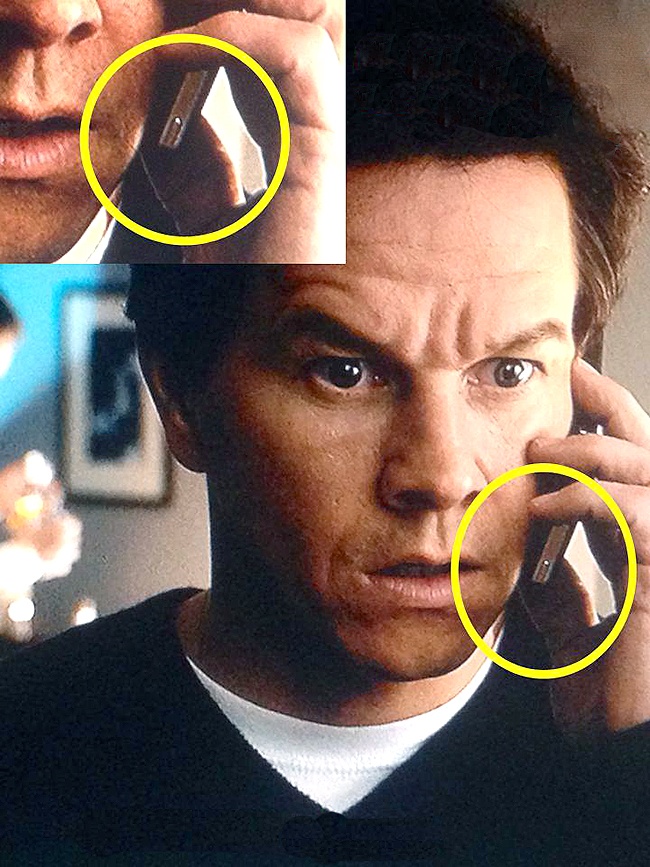 You do not have to have a postdoctoral degree in History to know that planes did not exist during ancient Roman times. Apparently, the director decided that it could be a good prop in the historical movie! 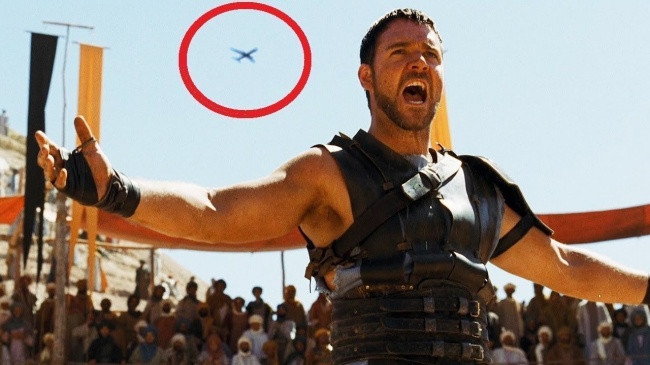 This film which was written and directed by George Lucas is apparently a comedy film! Just take a look at the stormtrooper on the far right that is too tall to pass through the door. We do not know whether to feel sorry for him or to laugh!

While we are sure that the crews have taken an insignificant amount care into making the final product, sometimes they accidentally let a few errors slip through the cracks.

Have you ever noticed these mistakes before? Now, you will never see the movies the same way again!