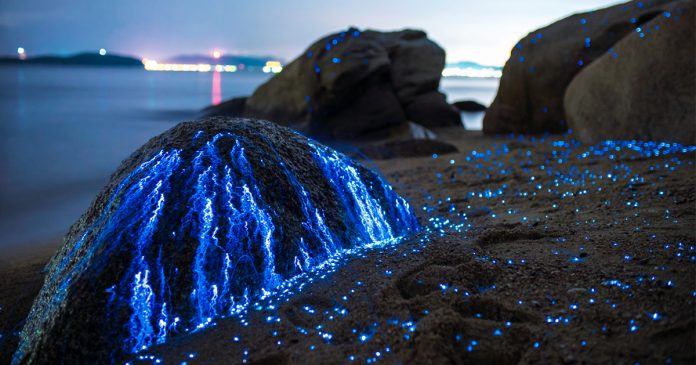 Far away off the coast of Okayama, Japan, there are boulders that turn electric blue at night! One glance at the boulders and many people would think that the photos are scenes from a sci-fi movie but they actually exist in real life.

The electric blue light streaming down the rocks are actually from hundreds of tiny bio-luminescent shrimps. 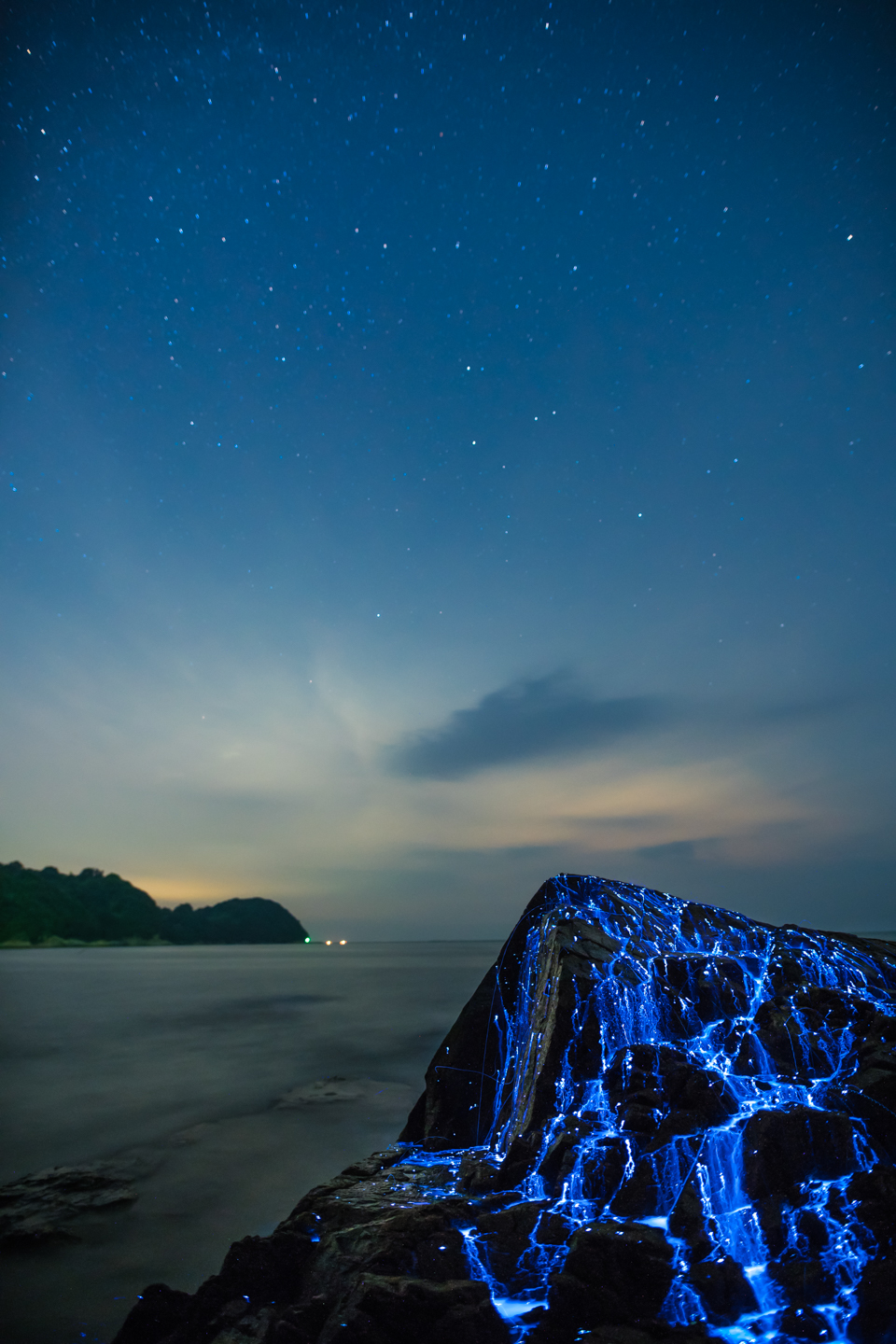 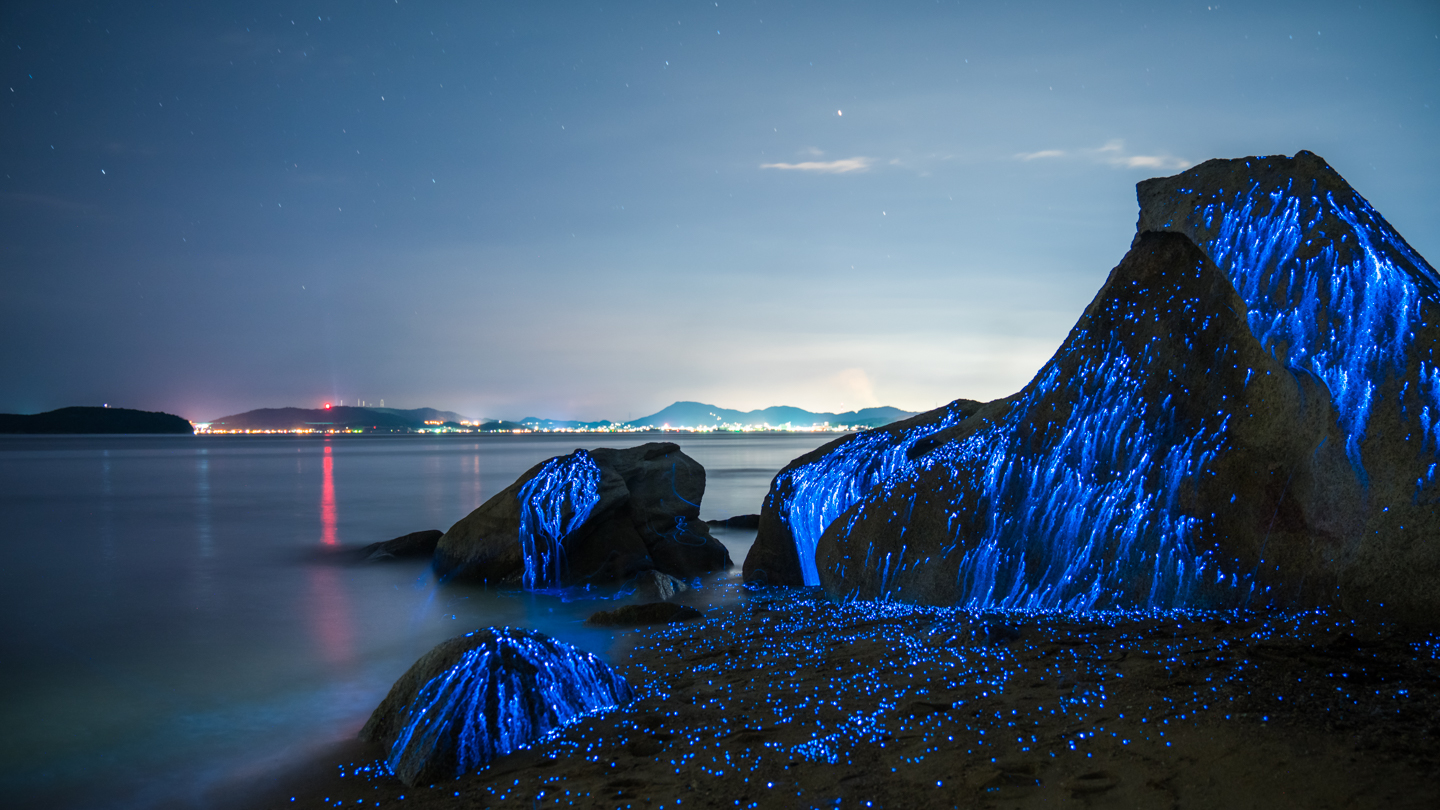 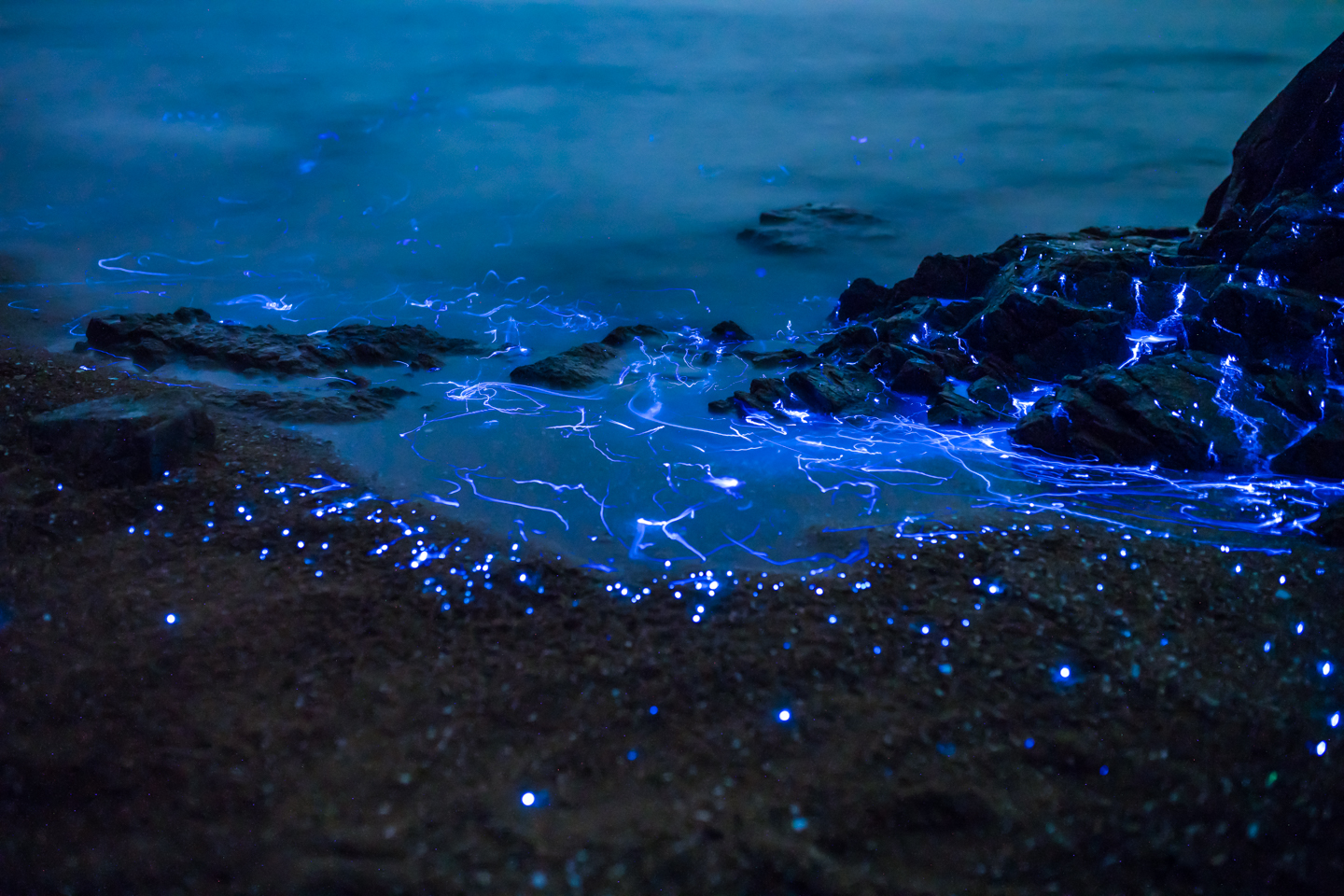 With length at just 3 mm, the blue light it emits is only limited and soft.

However, they make a great and beautiful striking light patterns in the water when they are grouped together 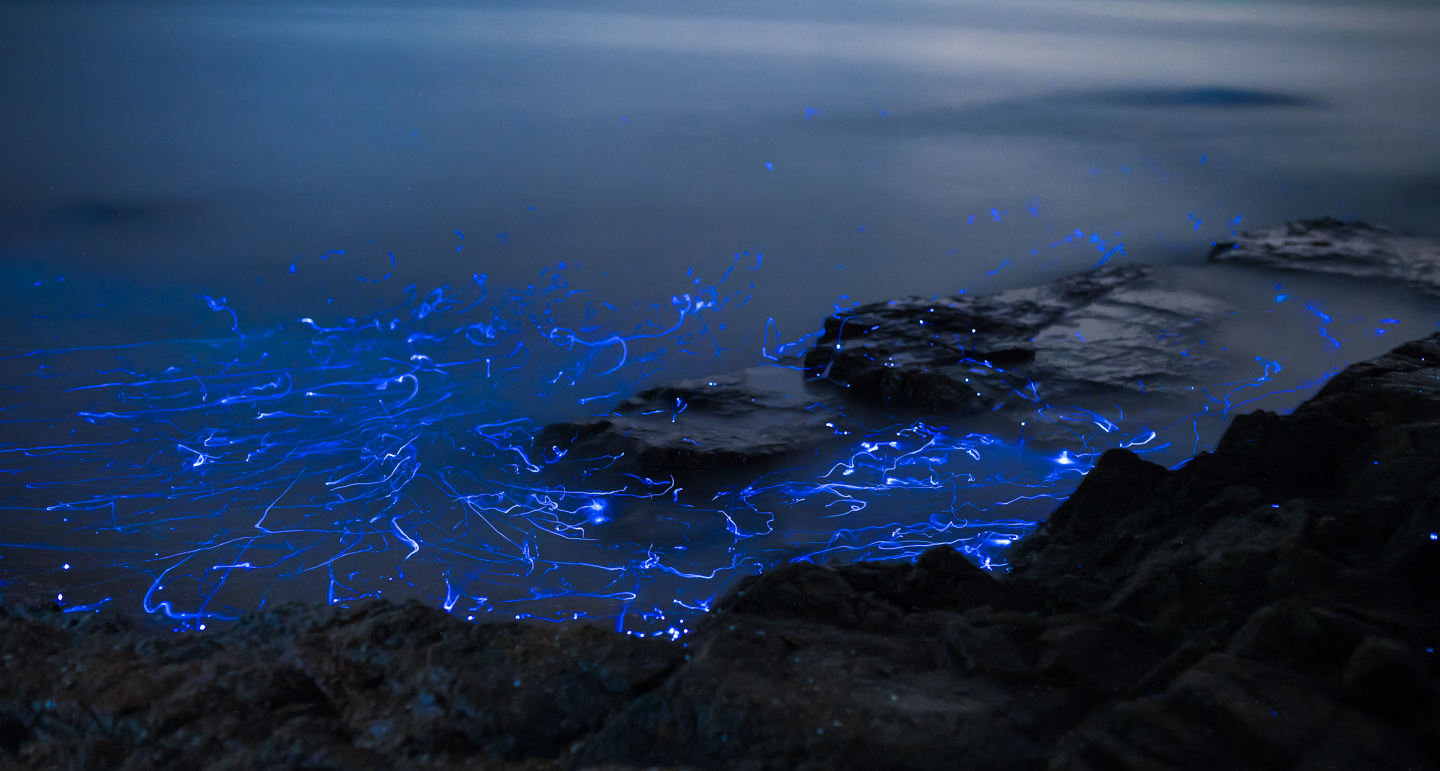 Bio-luminescent shrimps do not climb rocks so in order to create the stunning images, Trevor and Jonathan lured the shrimps with raw bacon into jars and later, carefully re-positioned them on the boulders 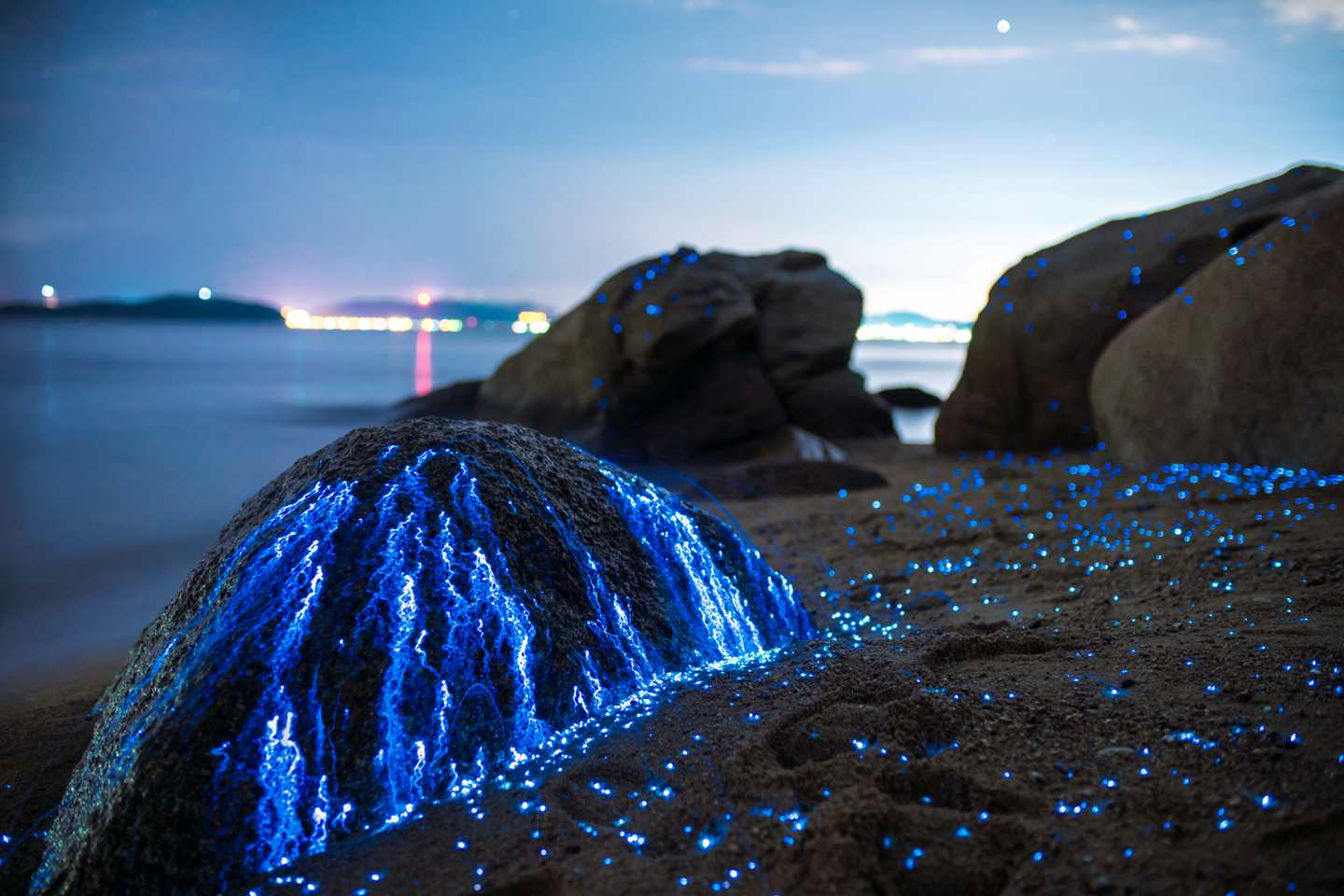 Since the shrimps only emit light when they are in water, the duo had to poured water on the shrimps until they successfully shot their photos 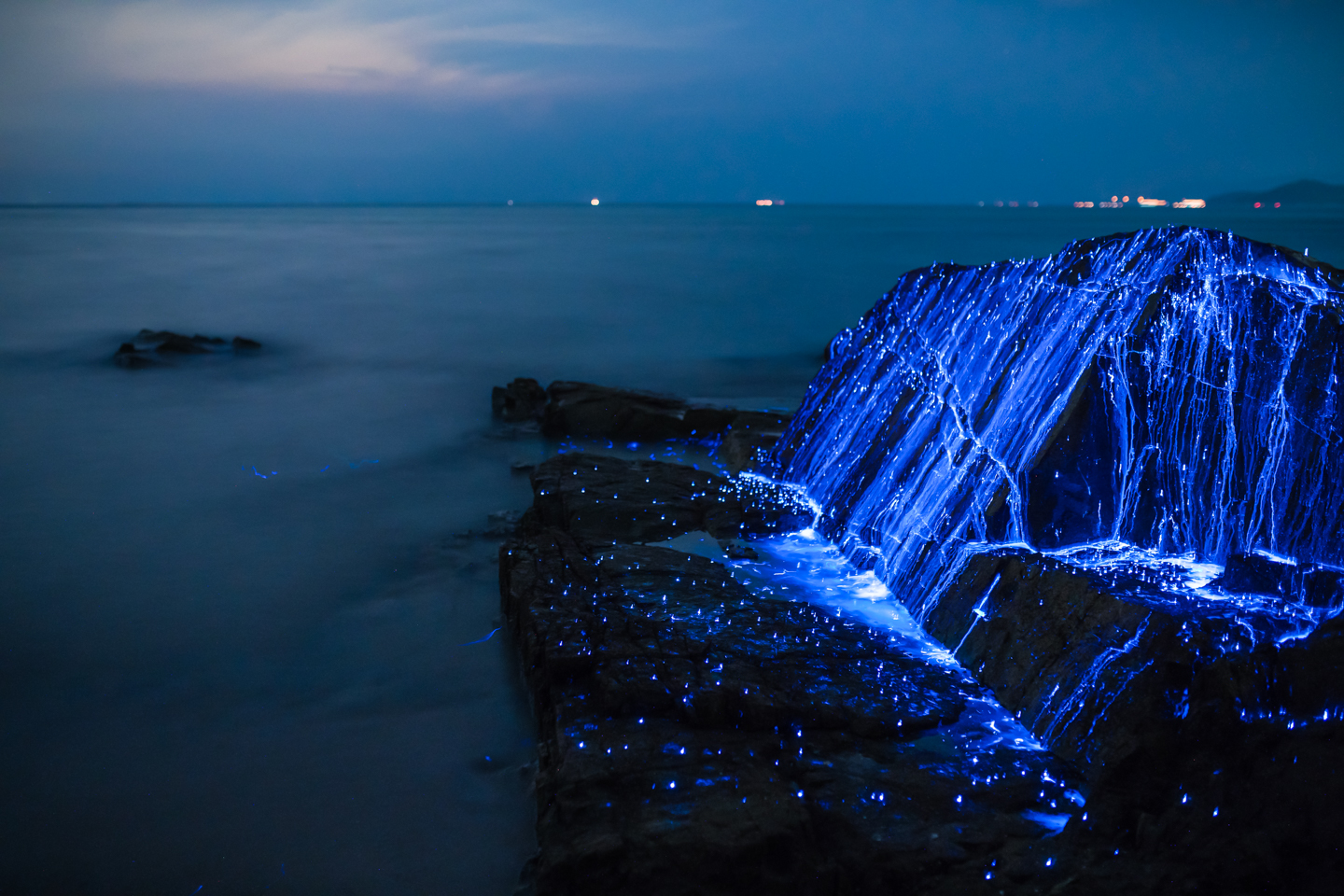 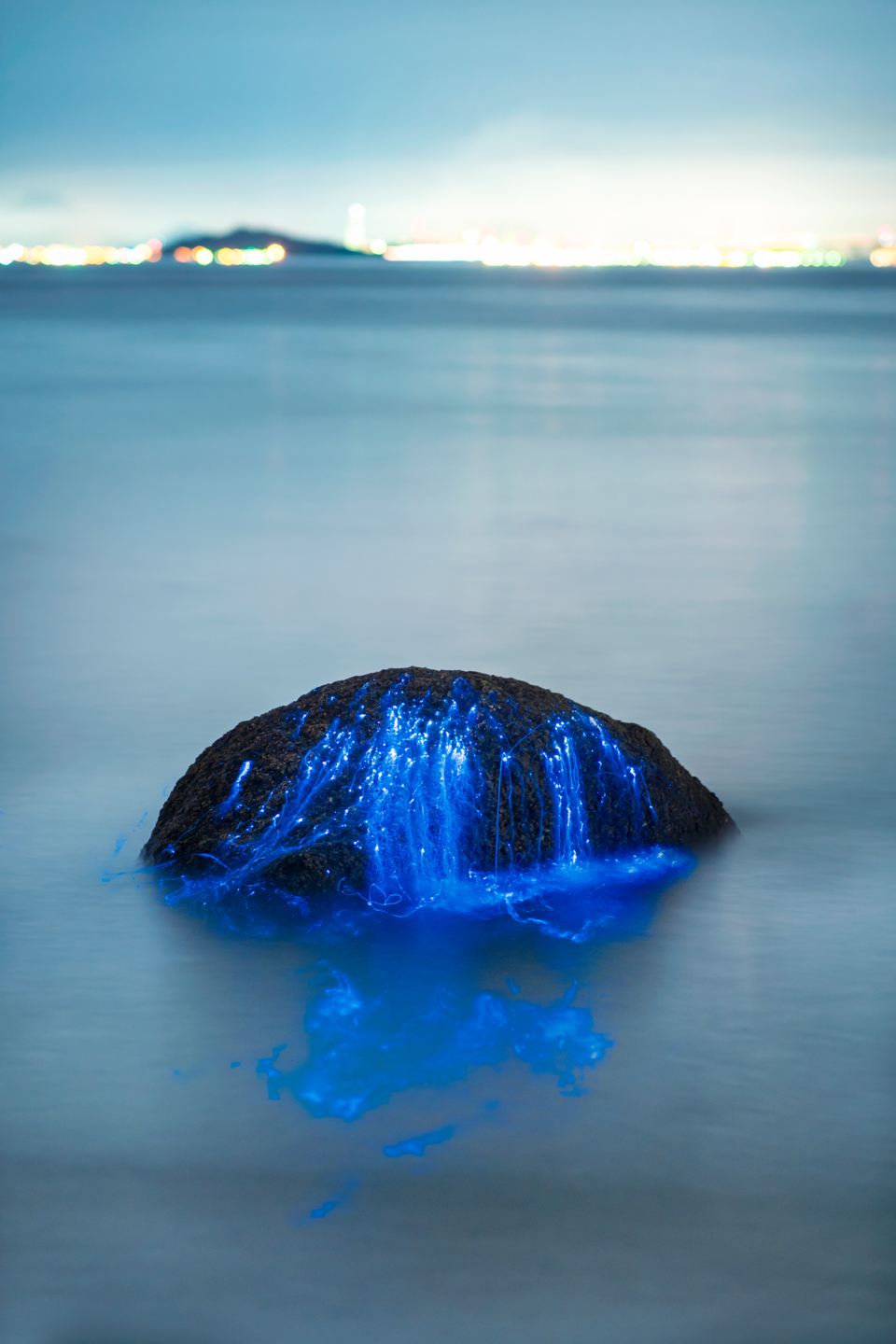 Aren’t the images incredibly breathtaking? They looked out of the world as if the images had been heavily edited while they are actually just pure results of creativity and nature.

Trevor and Jonathan also created another series of the same theme which features glowing mushrooms. If you are intrigued with their photos, more of their photo series can be viewed on their website, tdubphoto.com and their Instagram and Facebook.

Wonderful picture of a boy letting his mother use his hand...